December 12 is the birth anniversary of Mulk Raj Anand, who could be considered the first Indian-English novelist. His novels, Coolie and Untouchable, set an entire generation of educated Indians thinking about the social evils perpetuated in the country in the name of religion and hollow traditions.
Prof. Shiv Sethi 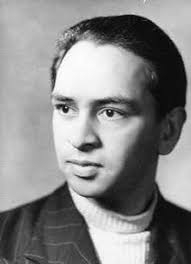 Mulk Raj Anand belongs to the clan of those progressive Indian writers who wielded their pen in English with an inimitable ease and grace. It was the time when India was all poised to herald a great transition and while Anand’s towering contemporaries like Munshi Premchand and Faiz Ahmad Faiz, were holding the fort of the progressive writers' movement with great elan in Hindi and Urdu, Anand chose to express his deep angst in English. His novels Coolie and Untouchable set an entire generation of educated Indians thinking about India's social evils that were perpetuated in the name of religion and hollow traditions. These and other early novels and short stories brought into sharp focus the dehumanising contradictions within a colonised Indian society.

Through his writings, he revealed that in addition to the foreign colonialism of Britain, there existed layers of colonialism within Indian society. This internal colonialism stood in the way of India's transition to a modern civil society. While exposing the overarching divide between the British and a colonised India, he reveals an Indian society creating its own layers of colonisers and the colonised, thereby rendering the fledgling Indian nationalism an extremely problematic concept. An analysis of his writings shows us, while Anand was deeply rooted in his own times, he retains that relevance in contemporary society too.

Voice of the commoner

Unlike most writers who chose to wallow in their own joy and grief, Anand became the voice of the common people and poignantly delineated their daily trials and tribulations with utmost sensitivity. Through the immortal portrayal of Bakha, a sweeper, he stands steadfastly for the idea of an egalitarian society, and his novel, The Untouchable, lays bare the hypocritical Nehruvian idea of a socialist state. Truly speaking, for Anand, art has never been merely for the sake of art. It is always predominantly for the sake of life. Pertinently, he is of the opinion that every writer has a social responsibility and a social conscience. If an artist chooses to live in his own ivory tower, celebrating only his personal pains and pleasures, s/he will not be able to immortalise his art.

On December 12, on the occasion of his birth anniversary, I am reading his book, Lajvanti, an anthology of short stories. Each of his characters resonates with the readers, as his every man and woman is one of us. Fearless writing was his chief passion and he never turned his back on the sufferings of the several Bakhas of our society. Certainly, voices like those of Anand’s can never be quietened and no threat of guns could make such spunky souls leave the battlefield.

That apart, this is a question frequently asked and debated - was he India's first truly world-class novelist? Critics and scholars often pit him against R K Narayan, the man who wrote 'The Guide'. A novel has certain elements and aspects of literature to be called a novel. The subject a novelist chooses to write on requires elaborate treatment. In other words, comprehensiveness is the essence of a novel. From this perspective, Anand could be considered the first Indian-English novelist. 'While 'The Guide' fulfils the basic conditions of a novel, in terms of universality, Mulk Raj pips R K Narayan at the post. From the standpoints of stylistics and craftsmanship too, Mulk Raj had a felicity with the words and an unconvoluted style, a quality R K Narayan lacked.

Calcutta University's Ratnottam Sengupta and David Rinze of Leeds University, UK, opined that Mulk Raj Anand had a uniform flow and he never appeared to be groping and fumbling for words. French master Flaubert's mot juste (a perfect word for the perfect mood) was Anand's metier.

Anand's concerns and considerations are forever germane to all times and climes. His works pulsed with his times and will continue to do so in times to come. The prevailing Indian socio-political scenario stands testimony to the relevance of this mighty wit. Universality of intent is the sine qua non for a great novelist and Mulk Raj Anand had that universality of intent and sovereignty of ideas.

His 'Untouchable' will remain one of the greatest English novels from the subcontinent. To quote Leslie Hamway, "Mulk Raj Anand's 'Untouchable' is untouched by mediocrity and deftly touched by genius".