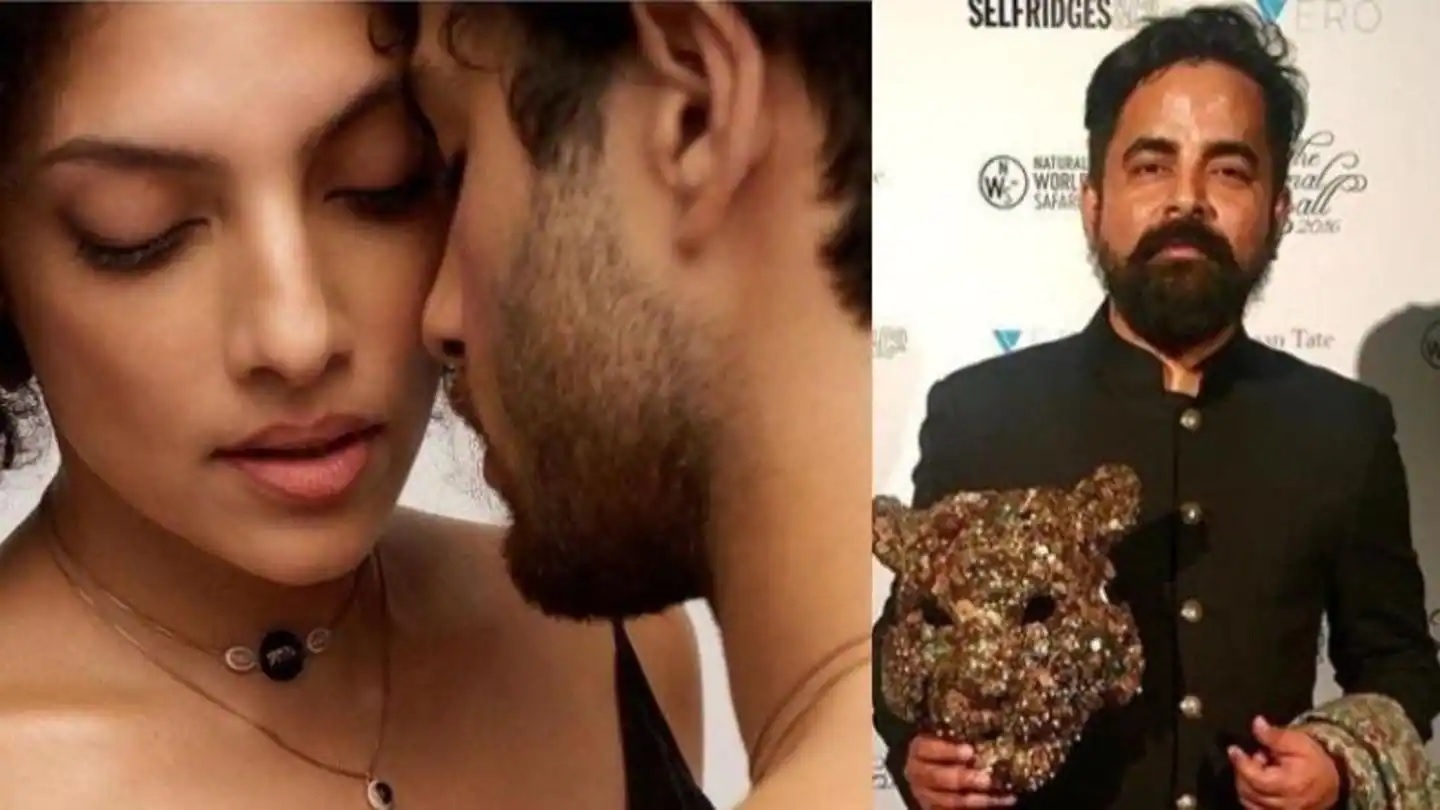 Ace designer Sabyasachi Mukherjee has found himself in the middle of yet another controversy after his new campaign did not go down well with social media users. Sabyasachi was mercilessly trolled after pictures of his new jewellery ad campaign featuring a ‘mangalsutra’ line, The Royal Bengal Mangalsutra, went viral last week.

Titled ‘Intimate Fine Jewellery’, Sabyasachi’s ad campaign featured the heterosexual and same-sex couples showcasing the mangalsutra line posing in a rather, as some netizens would say, ‘disappointing’ way. And since some models were seen clad in intimate apparel, netizens raised objections and expressed their sheer disappointment at seeing the campaign.

We seem to be living in extra-sensitive times. Everything is being seen and observed through the spectacles of faux morality and rabid religiosity. The sudden emergence of Hindu consciousness and extreme rigidity have resulted in protest and bickering over trivial issues like Jashn-e-Riwaz and now this ‘mangalsutra’ furore, just because Hindu married women wear it. So, no intimacy or even suggestive seductiveness can be shown because we’re living in extra-sanskari times and have gone back to the era of Victorian morality! Alas, instead of evolving, we’re all devolving. A piece of art, a relic of creativity or an item of innovation has no place in a Talibani society of ours. The pronounced religious angle has further vitiated all things.

Sociologists call this the ‘Newfangled Societal Syndrome’. Sociologist Meera Kosambi explained this phenomenon in one of her sociological essays, ‘A generally dormant and silent society often becomes reactive and belligerent when it fallaciously thinks that it has been marginalised for years, nay centuries. This is a state of perceived self-(de)glorification which inevitably paves the way for a bloated sense of self-glorification by trying to assert and exercise a collective societal pressure on every trifling subject or issue’. This is happening right now.

Our majoritarian society is under the impression that we were suppressed and oppressed for long by foreign powers. It’s therefore time to reclaim our past glory and estranged civilisational greatness. Because of this, you get to see the ‘greatness’ of Sanatan Dharma, the significance of majoritarian customs and culture and reanalysis of hoary-old obscure phenomena.

Right now, Indian society is in search of a new moral compass and anchorage for itself. Safeguarding societal morality is now incumbent upon the neo-Hindus. So, anything that fails to fit into the idea of new religio-morality of the neo-Hindus is resented and resisted. This is not a good sign. This results in self-alienation. The streak of universality has been replaced with the tribal troglodytism. This exclusivity and over-pride on one’s culture and religion could be detrimental to a society that has so far been open and generous in all respects.

Society is also suffering from socio-cultural totemism. Creating a fuss over anything and everything seems to be a movement, whether it’s Me Too or Black is Beautiful. Though both are international movements, anything with a rigid rabidity loses its steam. The same kind of pathological insistence can be seen in various protests in India.

One more thing that’s being overlooked is our Grundyism and excessive morality. We’re ignoring the fact that Sabyasachi titled it ‘Intimate Fine Jewellery’. What does the word intimate mean in intimate context? All these pseudo-moralists must know that in ancient India’s books viz, Kamasutra, Koka Shastra, Gonika-Vidhan or Anang Shastra, women’s Intimate jewellery was defined as ‘Dehsayam lasya iti abhushanam’ (jewellery that enhances the intrinsic female beauty). ‘Kardhani’, ‘mekhla’ (girdle), ‘trividh’ (the old name of ‘mangalsutra’), among others, were a woman’s manifestations of the female as well as erotic self. What’s wrong if jewellery becomes a metaphor for a woman’s intimate persona?

These moralists are talking about India’s rich past and Sanskrit. Do they know even a smattering of Sanskrit or are they knowledgeable about India’s varied and myriad past? The ‘Kaamasya Jeevana’ (Kama being a key to life) is ancient India’s humongous contribution to the rest of the world.

This new-found warped morality of neo-Hindus suffering from the proverbial 15-minute Warholian fame is making everything objectionable and against our exalted ‘culture’. These culture vultures are the real dampeners who’ve no idea of India’s (Vedic) past. Taking umbrage at all images and innocuous things seems to be the hobbyhorse of these indolent lotus-eaters. This ‘umbrage-raising culture’ (V S Naipaul’s apt phrase) must be stopped.

The government, as well as the judiciary should also take steps to curbing this nuisance of filing cases against all ad campaigns. The overactive social media crusaders must be shown their place. First read and understand the content/s in the correct context and then object if you’re still not happy. Or else, all ad campaigns will be seen through religio-moralistic cultural prisms.

French philosopher and historian of ideas Michel Focault aptly said that too much morality and oversensitivity can be pernicious to the overall health of a society. We’re losing sanity and sleep over things that we used to overlook until a few years ago. This is sad, nay deplorable.