Mamata’s ’there’s no UPA’ barb must spur Congress into getting its act together, since there’s no alliance dharma to go by, writes Harini Calamur 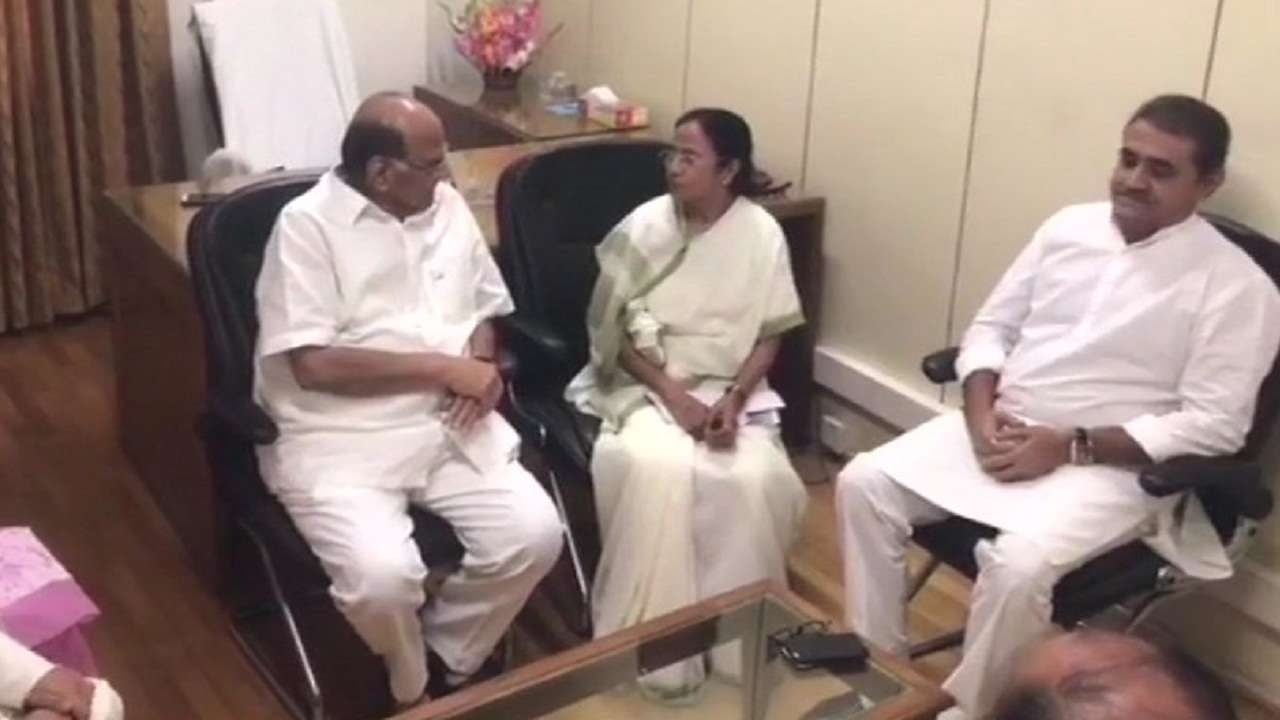 Last week, the Trinamool Congress chief Mamata Banerjee, set an assembled gaggle of journalists aflutter. In response to a question after her meeting with NCP supremo Sharad Pawar on the UPA, her terse response was ‘There is no UPA’. While commentators and journalists wrung their hands and bemoaned the death of the United Progressive Alliance that ran the country for just under a decade, until 2014, the fact remains that Mamata Banerjee is right. There is no UPA.

The UPA came together in the aftermath of the 2004 elections, with the express purpose of cobbling together an alliance that would deny Mr Atal Behari Vajpayee a second term in office. It was a medley of regional parties, the Communists, and the Congress that had the largest number of seats. The Indian National Congress, with 141 seats, was able to partner with these allies to edge out the BJP, which had 130 seats. This alliance was chaired by Sonia Gandhi and held together by the personalities of Sharad Pawar, Lalu Prasad Yadav, and M K Karunanidhi.

It was also an alliance bolstered by the external support of the Communists. They were bound by a Common Minimum Programme (CMP) and most of that was around social equity and therefore, non-contentious. However, towards the end of the first UPA, the Communists pulled support in wake of the Indo-US nuclear agreement.

In 2009, the UPA 1 was replaced by the UPA 2 – the Communists were out and the regional parties – including the TMC - were in. Allegations of corruption dogged the government, from almost the first day. Like the UPA 1, the UPA 2 too was based on providing a central alliance that would share power and govern the country. It was not a marriage of like-minded individuals, but rather, a cohabitation of those who wanted access to, and the ability to exercise power.

Of all the regional constituents of the UPA, it is likely that Mamata Banerjee gave Manmohan Singh the most sleepless nights. Imperious at the best of times, she is also known to throw massive sulks at perceived slights. Despite having six ministers in the UPA 2, it was often difficult to judge whether the TMC was opposing the UPA 2 or governing the nation as a part of it.

Since 2014 and the BJP’s sweep of the polls, there has been, really speaking, no UPA – simply because the constituent elements of the UPA were nowhere near power. The BJP by itself has over 55 per cent of all the seats in Parliament. The combined NDA has 65 per cent of all seats. And that has not just left a demoralised opposition – but also a headless one. In both the UPAs, the INC was the first amongst equals – in terms of seats. But in the 2014 and 2019 elections, the Congress has been reduced from the lead star to a supporting role – leaving the regional partners free to flex muscles. And none has been more adept at it than Mamata Banerjee.

Having successfully stopped the Bengal electoral ambitions of Amit Shah and Narendra Modi, Mamata Banerjee has been eyeing a more national presence. Right now, TMC MP Mahua Moitra is camped out in Goa, overseeing the party’s foray in the state elections. There have been a number of relatively high-profile entrants to the TMC.

BJP MP and former Union Minister Babul Supriyo has joined the TMC, as has the former Congress leader Kirti Azad (who was earlier with the BJP). Then there was Pavan Verma of the JD(U) joining the TMC, and the ghar wapsi of the former BJP national vice-president Mukul Roy (and family). The message that is being put out by Mamata Banerjee’s political consultant Prashant Kishor, is that the Shah-Modi duo can be defeated, and Mamata Banerjee is the person to do this.

For the Congress, this is a new dilemma. Its leadership issues have been relegated to the backburner, still not addressed. Sonia Gandhi is still in charge – albeit temporarily. Rahul Gandhi is still doing his own thing. And the former power centres of the party – like P Chidambaram and Kapil Sibal – still seem to be sulking. The party as a whole is still adrift from the battering it took after being hit by two Modi waves. And the crutch of opposition unity – albeit a very feeble crutch – has been kicked away. The question is, what should the Congress do?

Task cut out for Congress

The answer is that the Congress cannot win elections until it wins seats. And it can’t win seats if it sits out most seats for the sake of opposition unity. It needs to look at post-poll alliances, not pre-poll ones. Mamata Banerjee’s statement that ‘there is no UPA’ should liberate the INC to more active participation in the polls, to fight more seats and worry about power later.

It really needs to rebuild at the state level. It really needs to look at each state where it is in opposition and allow new leadership to rise from the ranks. It needs to give its people the ability to achieve their aspirations. It needs to move out elections from the backroom to the booth and aim at rebuilding itself at the booth level. This is yet another wake-up call for the Congress, to stop the slide and claw its way back. If there is no alliance, then there is no reason to follow alliance dharma.