The risks of a 3rd wave or Delta variant affecting students and teachers is to be balanced against the benefits of reopening schools. Due to stricter adherence to protocols, better understanding of treatment of Covid and increasing immunity from vaccinations and herd immunity, the risks are worth taking. Not surprisingly, 97% of parents from rural areas strongly support re-opening of schools
Ajit Ranade 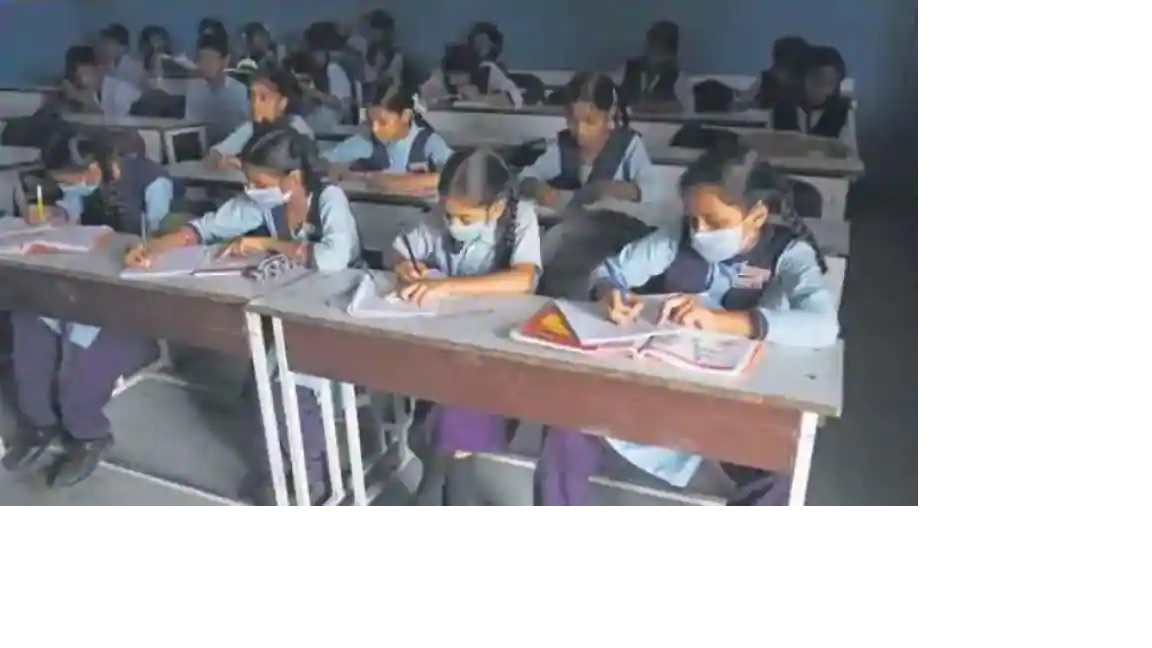 A nationwide survey covering 15 states has found that online education is simply not working. For the past 17 months, most primary and upper-primary schools have been closed and are working in the online mode. How effective is the teaching and the learning? We have had plenty of anecdotal evidence.

Even when there is a solo smartphone in the family, it is given as priority to the student for online learning. Even with working phones or tablets, there have been connectivity or bandwidth problems. Or the lack of close engagement with the teachers. Excluding some urban elite schools, the informal impression is that the experience is highly unsatisfactory, for the students, the teachers and the parents. This informal impression has been validated by a rigorous study and a recently published report.

The report titled “Emergency Report on School Education (ERSE)” has been prepared by noted economists Jean Dreze and Reetika Khera along with researchers Nirali Bakhla and Vipul Paikra. It is based on the work of more than 100 volunteers who did an exhaustive survey of nearly 1,400 students studying in Classes 1 to 8, in schools located in Assam, Bihar, Delhi, Gujarat, Haryana, Jharkhand, Karnataka, Madhya Pradesh, Maharashtra, Odisha, Punjab, Uttar Pradesh, Tamil Nadu and West Bengal.

The drastic reduction in schooling inputs is dramatically evident in poor reading skills, which means that literacy levels will go down further during the pandemic. The closure of primary schools for nearly 500 days has had a negative impact in several ways. First, is a regression in literacy.

Secondly, mid-day meals have been discontinued, affecting the nutrition levels of the students. Although the report does say that 80 per cent of kids from government schools did receive a substitute for the mid-day meal at school. But there were 20 per cent students in urban, and 14 per cent in rural areas who did not get any substitute at all, i.e. neither food nor cash.

Thirdly, now that kids will be promoted without any exams, they will now be enrolled in the next class, say Class 5, when their reading skills have degraded to Class 3 at best. Making up this gap would need a herculean effort, as this effect could last for several years.

Fourthly, the impact, broken down by socio-economic classes is even more alarming. For instance, among Dalits and Adivasis, only five per cent of students are attending online classes and not just watching prerecorded videos. In this group, the literacy rate has dropped to 61 per cent. The decline in reading abilities and literacy is going to be felt across urban and rural socio-economic classes.

The fifth has been the impact on school dropouts. Due to a fall in incomes, children had to be pulled out of schools, since fees became unaffordable. The report documents the incidence of child labour, especially in the age group of 10 to 14. This includes unpaid work at home for a child who has been pulled out of school. This has affected the girl child much more adversely than boys.

The conclusion from the findings of the survey is that schools need to be reopened immediately. Keeping them closed is an easy option with very harmful long-term effects. In fact, this should be counted as a long-term effect of Covid. Reopening schools will need planning and imagination.

Maybe initially, it can be partial attendance with the rotation of students. But offline contact with teachers is essential for a child’s cognitive development. The school is also a vehicle for socialisation and this means physical mingling. The mid-day meal scheme is not only meant as nutrition or as an incentive to attend school, but it also helps children mingle and socialise.

The risks of a third wave or Delta variant affecting the students and teachers is to be balanced against the benefits of reopening schools. Due to stricter adherence to protocols, better understanding of treatment of the Covid infection, and increasing immunity from vaccinations and herd immunity, the risks are worth taking. Not surprisingly 97 per cent of the parents from rural areas strongly support re-opening of schools. In fact, in response to the question of reopening, one respondent replied by asking, “Do you even need to ask us this question?”

We should not let Covid be the alibi for all kinds of decisions to continue lockdowns. Even though this pandemic is without a precedent, we now have enough documented experience from around the world, and from within India to help us in planning a complete reopening. Last year, with a sudden, harsh and complete lockdown, it was posed as a trade-off between lives and livelihoods.

But after nearly 18 months, it need not be. Many jobs last year, especially for daily workers, the informal sector, retail and hospitality have been lost forever. Those livelihoods need help and support. Equally important if not more, is to stop the slide in India’s human capital. The children of today are the workers of tomorrow.

The ERSE report is a wake-up call, if one was needed. Beyond the statistics on deprivation of online schooling and decline in reading skills, it also mentions the slide in behavioural aspects. Parents have complained that due to idleness, lack of exercise, phone addiction or otherwise, children have become indisciplined, aggressive or even violent. Families have had to cope with many such stressful situations. Clearly, the benefits of school reopening go far beyond merely developing reading and writing skills.