Earlier, Indian Communists were men of a special mould. But after independence, “once they entered the Assembly and Parliament, we saw that these men were men of straw,” Kaul said.
Sunanda K Datta-Ray 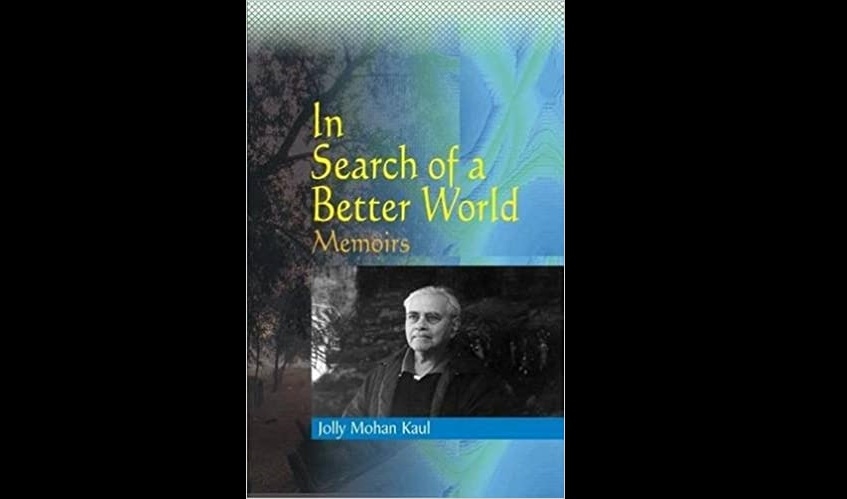 When Sydney and Beatrice Webb, the socialist founders of Britain’s Fabian Society and the London School of Economics, published a second edition of their seminal work, Soviet Communism: A New Civilisation? they removed the question mark at the end. If Jolly Mohan Kaul, who died on June 29 just three months short of his 100th birthday, had had his way, not only would be have restored the question mark, but would probably have denied Communists any claim of representing a civilisation at all, new or old.

The wheel had turned full circle. Sankar Ray, the Leftist writer, mentions an inter-university debate in 1938 – before he was born – at Kolkata’s University Institute Hall. The motion was that “the only way to achieve the independence of India was the Gandhian path of non-violence”. The best speaker that day was a Lahore student in his early twenties, Majhar Ali Khan, who opposed the motion. He was later an outstanding journalist and his son, Tariq Ali, the stormy petrel of British student politics in the 1960s. Kaul, not yet 17, was the third to speak in support of the motion.

By the time of his demise, Kaul was a disillusioned veteran of the undivided Communist Party of India, a Kashmiri who made Bengal his field of action, and married a formidable Bengali Communist politician, Manikuntala Sen, who was for two terms Jyoti Basu’s second-in-command as the CPI deputy leader in West Bengal’s Vidhan Sabha. He was the CPI’s Calcutta district secretary, member of the party’s provincial committee and executive, and of its national council. He was also secretary of the Port Trust Employees' Association, one of Calcutta's biggest trade unions.

Andrew Whitehead, a former editor of the BBC World Service, who interviewed Kaul in his Calcutta flat on 26 April 1997 when he was 75 years old, says that when the Muslim League called the Direct Action Day on 16 August 1946, Kaul took part in a CPI-organised trade unionists march to Kolkata’s Maidan in an attempt to prevent communal rioting. “By the time we reached the Maidan we realised that the riots had broken out” he told Whitehead. “We found dead bodies on the way, so we immediately folded our flags and told the workers: let's march back, let us try to see if we can save our locality from the riots at least...I think our tactics did pay off...The organised trade union movement in Calcutta was able to...maintain the solidarity of Hindu and Muslim workers.”

His upper middle class family had intended him for the Indian Civil Service. The young Kaul, who went to school and college in Kolkata, had other ideas. “I had, as a 19-year-old lad, full of idealism, decided to give up everything and dedicate myself wholeheartedly to the party, believing that it was the only instrument that could bring about a better world.” Douglas Hyde, author of I Believed: The Autobiography of a Former British Communist, described his journey from Communism to Catholicism as part of the same quest. “I haven’t lived two lives,” Hyde wrote. “There has been a continuum which is the most meaningful thing to me.” Kaul’s testament echoed that faith. “My dream is still the same…” he said. “It can only be realised if you take the path of spirituality.” He sampled Sri Aurobindo and the Ramakrishna Mission until a new life opened at the end of 2002. Kanti Mehta, a veteran trade unionist, invited him to visit his Gandhi Labour Foundation in Puri. Kaul became a regular visitor, continuing the connection — teaching, editing and addressing meetings — even after Mehta died in 2007.

The Kauls lived during that decade on fading hopes of the revolution that never was and the CPI’s monthly stipend of Rs 60 each. Manikuntala Sen’s legislator’s salary went straight into party coffers. What preyed on her mind was the frustration of listening to people’s woes, knowing what should be done but unable to do it while her constituents imagined she was a fount of power. Her frustration with politics is evident in her memoirs. The English version, which appeared in 2001, was called In Search of Freedom: An Unfinished Journey. Her husband’s memoirs, published in 2010, were titled In Search of a Better World.

The economist, Amlan Datta, thought Kaul’s evolution had “a wider significance for the history of this age”. It is certainly pertinent for floundering Leftists. In Bengal, Communism was caught between Mamata and Maoists. Nationally, the Left Front served China’s interests by thwarting many Central initiatives. Kaul’s most devastating indictment was that Indian Communism was anti-national. Lenin, Mao, Gramsci and Togliatti “had their roots in the history, tradition and ethos of their own European countries and creatively applied Marxist theory to the environmental conditions prevailing there”. Indian Communists “rubbished” India’s “entire past and all its traditions and thoughts”.

Earlier, Communists were men of a special mould. But after independence, “once they entered the Assembly and Parliament, we saw that these men were men of straw,” Kaul said. “When I joined the Communist Party, our constituency was the poor. Now, it seems that they have changed that and are chasing after GDP. The two things are contradictory,” he explained. “This generation does not realise the threat to humanity and civilisation that the rise of fascism posed. And at the forefront of the fight against fascism was the Communist movement. So, I thought I must go the whole hog,” he adds to explain his commitment.

Khrushchev’s revelations of Stalin’s misdeeds, infighting in the undivided CPI and the farce of the 1961 Vijayawada congress were troubling. What finally killed his dream was not just China’s aggression but the obsequiousness of CPI hardliners who had received a brand new rotary machine. It is ironic that in some way China should be involved in the two crucial dates on his personal calendar. When he sent a finely worded resignation letter to the party leadership at the end of January 1963 he said that “a neighbouring Communist country” was behaving “in a manner which weakens the democratic and progressive forces in the country”. He blamed Indian Communists for betraying their cause and country by ingratiating themselves with the aggressors. His death came only two weeks after China’s great betrayal in the Galwan Valley of Ladakh.