A Mumbaikar spends anywhere between half-an-hour to four hours a day in the local train, as compared to the world average commuting time of 80 minutes. Yet, road projects are every government’s priority. Mumbai’s coastal road, which will be used largely by the elite, has a budget of Rs 13,000 crore. The monorail is a white elephant which cost Rs 2,700 crore and incurs a loss of Rs 10 lakh a day. 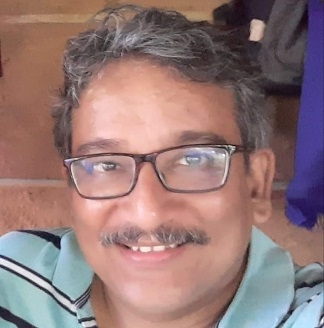 You are not a true blue Mumbai commuter until you have spent a night stranded at the last station because you overslept. The solitary agony of the endless wait for the morning train is now shared by the entire city.

Although some trains are running and the list of permitted categories is increasing, no one knows when everyone will be able to board the locals. Last week, scientists at the Tata Institute of Fundamental Research (TIFR) suggested that the authorities needn’t be so timid about opening up the local trains, given the high antibody positivity in the city and the declining cases of Covid-19.

Not for nothing are the suburban trains called the lifeline of Mumbai. With tracks spread over 465 km – more than the distance between Pune and back -- the Mumbai suburban railway operates 2,342 train services and carries 7.5 million commuters daily, almost one-third of the population of Australia.

The outsider would presume that Mumbai is one of India’s 17 railway zones but that is not the case. It is partitioned between two giants; the Western Railway zone and the Central Railway zone. The jurisdiction of the former extends from Churchgate to Ratlam in MP while that of the latter from CSMT to Nagpur and Solapur. Obviously, Mumbai cannot be the priority for either. Have you ever heard of a public consultation held by the railways with Mumbai commuters?

The absence of effective commuters’ organisations and the indifference of political parties to the woes of Mumbai’s travelling public have combined to deprive the city of a dedicated railway zone. Political parties are more interested in railway unions, especially the ones concerning loco drivers or motormen; that gives them the power to paralyse the city with a strike.

Just one of the six MPs from the city attended a rare meeting of parliamentarians called by the railway board chairman in 2012 to discuss Mumbai’s issues. The media, including the commuters’ papers, missed the scoop. The Maximum City certainly needs to get more vocal about the local.

Had Mumbai been an independent railway zone, it wouldn’t have taken commuters’ riots to go from nine-coach to 12-coach trains, commuters wouldn’t have to wait 10 years to get one air-conditioned train, it wouldn’t take three years and dozens of deaths to close the huge gap between the footboard of the new trains and the platform.

An overwhelming 55 per cent of Mumbai uses local trains, with the average trip length being 26 km, compared to 6.5 km by bus. Only 8 per cent of the taxpaying population own cars.

A Mumbaikar spends anywhere between half-an-hour to four hours a day in the local train, as compared to the world average commuting time of 80 minutes.

Yet, road projects are every government’s priority. Mumbai’s coastal road, which will be used largely by the elite, has a budget of Rs 13,000 crore. The monorail is a white elephant which cost Rs 2,700 crore and incurs a loss of Rs 10 lakh a day.

Given Rs 15,000 crore, the suburban railway can be overhauled, reducing the headway (frequency between trains on the same track) from four minutes to two, doubling the capacity of the suburban train network. Imagine how many cars this would take off the road. Instead, the thing on everyone’s mind is the upcoming Metro network of 235km, at a cost of Rs 100,000 crore. It is slated to be fully functional by 2025 but will easily take up to the end of the decade, going by the way the plot for a key metro depot has become a political football.

Mumbai must also give serious thought to the bus rapid transport system (BRTS) which needs dedicated lanes for buses. Prime Minister Narendra Modi, who made a success of the BRTS in Ahmedabad as the Gujarat CM, is now fixated on the grandiose bullet train project. Talking about cycling and walkable footpaths invites strange looks.

On the other hand, populism has kept the suburban train fares ridiculously low, with the minimum being Rs 5. In fact, the word commuter derives from reduced or commuted fare. In mid-19th century America, the railways engendered suburbs in big cities and consequently, daily travellers paying a reduced or 'commuted' fare.

Who would have dreamt that Mumbai’s lifeline would come to such an abrupt and extended halt – since noon on March 22, to be precise. Mumbai’s workforce is like an army of worker ants. The trains were full even when the city was flooded, even when there were communal riots or even when the Shiv Sena called a bandh. The world was stunned in 2006 when Mumbai’s locals were packed as usual on July 12, the day after bombs planted by terrorists killed 207 commuters.

In fact, Mumbai’s local trains are the stuff of Ripley’s Believe It Or Not. If you sat in every local train for every journey, you would have made three rounds of the earth in a day!

The suburban network in Mumbai is an offshoot of the British-era railway meant to transport cotton from the hinterland to the ports and for fast movement of their troops. The first suburban train ran on April 16, 1853, between Bori Bunder, now Chhatrapati Shivaji Maharaj Terminus (CSMT) and Thane, a distance of 34 km.

One hundred and sixty-seven years later, suburban trains on the Central Railway, originating from CSMT, run 120km up to Kasara, just 65km short of Nashik and 113km up to Khopoli, just 80 km short of Pune. On the Western Railway, they run 123km from Churchgate to Dahanu, just 67km short of Vapi in Gujarat. However, the attitude of the railway officials towards commuters retains the colonial aloofness. The railways considers it below its dignity to interact with state governments.

Another Ripley fact that has to be precisely measured is the overcrowding; experience suggests that it is eight to ten standing passengers per sq m but the oft-repeated figure is 14 to 16 per sq m. A nine-coach train is designed for a maximum of 1,500 passengers but carries 4,500 at peak time with ten to 12 hanging out of each door. Four of them fall off and die every day. Railway engineers who have had to reinforce the floor call it Super-Dense Crush Load.

Ironically, cattle are transported in greater comfort, being protected by the law. If Indian Railways carries more than 34 adult cows or buffaloes in a wagon, they can be prosecuted under the Prevention of Cruelty to Animals Act.

This writer can’t forget the reaction of a Gujarati teenager waiting to board a local train at Sion station 15 years ago. It was a Sunday afternoon and there was just enough space in the compartment to stand without touching each another. As the train rolled into the station, the boy shouted excitedly out to his anxious parents, “Khali chhe! Khali chhe!’’('It’s vacant! It’s vacant!').

Strangely, this inhuman overcrowding doesn’t find a mention in studies on commuting around the world, for example, in the IBM’s oft-quoted `global commuter pain’ survey.

However, these hellish conditions don’t seem to matter to our `trained’ commuters, who have converted it into an extreme sport.

Boarding a local during `crush’ hour at the termini involves charging at an oncoming train while elbowing out fellow commuters and then timing the leap into the door to the nano-second, a super-human feat that needs the guts of a gladiator and the grace of a gymnast. And what does the winner get -- a window seat.

No wonder the lady/chap falls asleep, having expended all their energy, mental and physical.

The writer is an independent journalist based in Mumbai.