India, China need to work and grow together 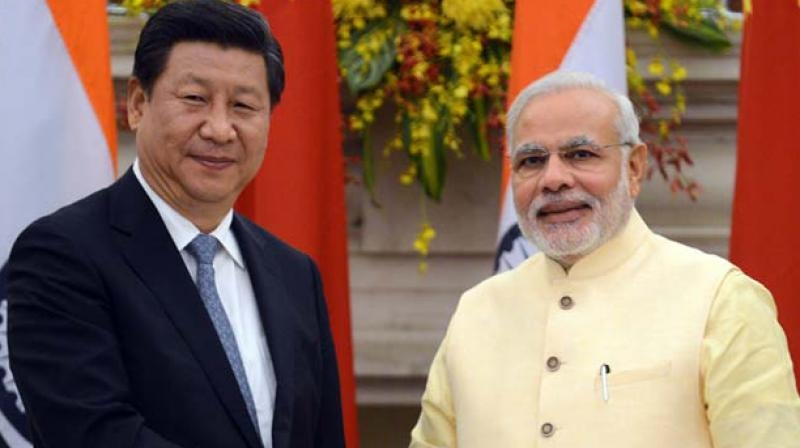 A bit of mystery surrounds the Modi-Xi talks in Mahabalipuram. Yes they got over on a very amicable note. Yes, both sides said that the talks were successful. And there is the possibility of holding one more summit soon–next time in China. But few details are available. However, there are several indications that relations between India and China could improve dramatically.

The first indication came when both governments sat down to work out ways to grant recognition as doctors to Indian students pursuing their medical courses in China. Officials from both countries met for the first time as a joint working group on 15 October–in Beijing.

Meanwhile a day earlier, the Chinese Ministry of Education (MoE) warned its Universities that teaching MBBS courses under a bilingual curriculum in English and Chinese is ‘strictly prohibited’. It permitted only 45 universities in China to teach MBBS degree in English and admit international students (including from India).

Today, of the 23,000 Indian students currently in China, almost 21,000 are for medical studies. This is because the quality of education in China compares with the best in the world. Many Indian private medical colleges have neither the right teachers nor even proper facilities. Second, China has no record of racial abuse that Indian students in some other countries face. And, most important, is that the costs are low. Medical education in China costs as little as Rs 15 lakh for all the five years combined, along with cost of residence. But it can also be two and a half times higher than this. Even then, it is a fraction of what sludents would have to pay in India–often for substandard education.

The government of India wants to make its Ayushman Bharat a success (http://www.asiaconverge.com/2018/08/ayushman-bharat-great-concept-doctors-overlooked/). But for this it needs more doctors at lower costs. That is possible only if the cost of medical education comes down. China offers India a way out.

The move to work towards recognising Chinese degrees is a big step forward. It is a concession the Indian government rarely offers. Both countries also believe that they can become wealth generators in the world–just as they were some 2,000 years ago (see chart 1). Both have begun to revive their dexterity in wealth generation.

The Chinese have begun to understand this. Even before President Xi Jinping came to India, the Chinese Ambassador to India Sun Weidong stated that in the the first half of this year, the trade deficit with India had already fallen by 13.5% year-on-year, pointing to the way this imbalance could be eased.

Moreover, he also pointed to how, “More than 1,000 Chinese companies have increased their investment in industrial parks, e-commerce and other areas in India, with a total investment of $8 billion and 2,00,000 local jobs created. Chinese mobile phone brands such as Xiaomi, VIVO and OPPO have been well-established in the Indian market. Indian companies are also actively expanding the Chinese market, with a cumulative investment of nearly $1 billion in China. According to Indian statistics, more than two-thirds of Indian companies investing in China are making steady profits.”

The education and trade deals could lead the way to India accepting Huawei’s 5-G technology. This is because Huawei’s technology could be both a cost-effective proposition for India, and would help it leapfrog into the new world of telecommunication. (https://www.freepressjournal.in/

business/banning-huawei-may-raise-indian-telcos-capex-on-5g-fitch). A short 6 minute video on 5-G is also quite enlightening (https://youtu.be/lv2ksommY0Y) because it shows how security concerns may be hyped up.

Further, as China’s labour becomes expensive, India needs Chinese companies to bring that business to this country. This hasn’t happened in any big way. As a Nomura survey last month showed (https://asia.nikkei.com/Economy/Trade-war/Trade-war-steers-Chinese-investment-toward-Southeast-Asia)－for the period between April 2018 and August 2019－of the 56 firms which decided to relocate out of China, in view of increasing production costs, 26 relocated to Vietnam, 11 went to Taiwan and 8 to Thailand. Only three opted to relocate in India. This included textile and garment companies as well.

So will all this change soon? Hard to say, but all that is clear is that India and China have begun working together. Expect more from this front.