Incapacitated, yet continues to be head of government 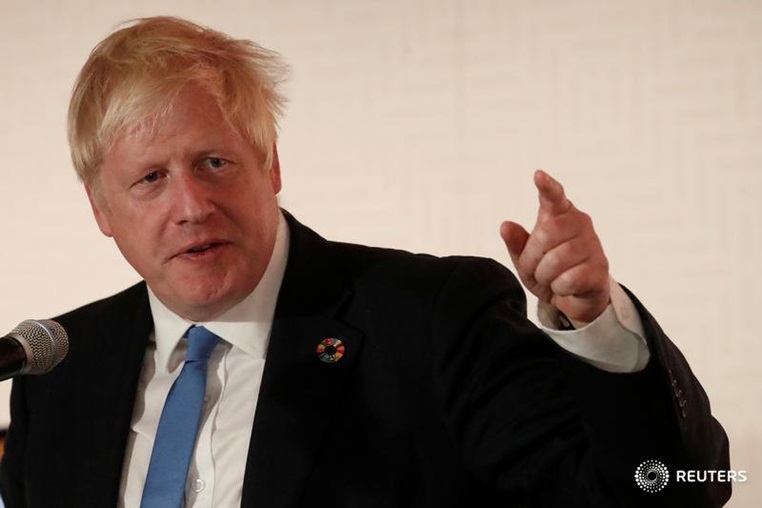 It seems a harsh comment a propose of British Prime Minister Boris Johnson’s hospitalisation that "From the intensive care unit there are two routes out: death or discharge."

All sections of British and world opinion fervently hope for the latter, especially now that he is happily out of the ICU. That hope is especially strong in India, a country with which Mr Johnson had a marital link and where he has many friends and acquaintances.

What is both curious and dangerous, however, is the constitutional interregnum in which Britain is poised. This column noted admiringly in July last year when Mr Johnson took over from Theresa May, “Britain’s democracy in action as one prime minister smoothly and swiftly gave way to another this week was a reminder that India’s government is personal autocracy camouflaged in democratic attire.”

There were no emotional pleas then for extra time or – worse still – requests to convert the prime minister’s house into a shrine. There were no dark rumours of caches of cash changing hands. No one mentioned purification rites, priestly incantations or auspicious moments.

The British equivalents of sadhus and sanyasis – Christian clerics since the UK is officially an Anglican state and Queen Elizabeth Supreme Governor of the Church of England – were nowhere to be seen. Where the theories, conventions, practices, laws and regulations underlying Britain’s governance seem to let down the British people is over a head of government’s incapacitation.

The situation has not occurred before although it has with a Head of State, King George III, 1738-1820. In the later part of his life, King George had recurrent, and eventually permanent, mental illness, the cause of which remains unknown. After a final relapse in 1810, a regency was established.

His eldest son, George, Prince of Wales, ruled as Prince Regent until his father's death in 1820, when he succeeded as George IV. It must be added – and this comes nearest to a parallel with Indian conditions – that the Prince Regent was not loath to have his father declared mad and put away. He wanted to be his own master and became king in all but name for the last decade of his father’s life. What that illustrates is that change needs an instigator.

It is not automatic. Britain’s government must therefore remain in limbo until someone takes action. That is something that the public there feels keenly. “I unreservedly wish Mr Johnson the best of health and as soon as possible” someone wrote in an Internet message, pointedly adding “What I fail to understand is why at this time of international, and national crisis, Mr Johnson as incapacitated as he clearly is, is still the prime minister.”

He went on to ask, “Surely, the country needs a fully functioning leader, as every minute of every day essential questions are being asked? Questions of health, economy, of life and death, questions that require immediate authoritative answers, such as only a prime minister is capable of giving.” The vice-president would automatically have performed that task in the US. When John F Kennedy was assassinated, Lyndon Johnson lost no time in having the oath of office administered to him as next president.

But Britain does not have a deputy prime minister, as Vallabhbhai Patel was under Jawaharlal Nehru and Lal Krishna Advani under Atal Bihari Vajpayee. The 46-year-old foreign secretary, Dominic Raab, who has been at the helm of government while Mr Johnson is incapacitated, holds the title of first secretary of state, which implies seniority over all other ministers except the prime minister.

Mr Raab would be an unusual occupant of No 10 Downing Street if he does succeed to the job. The son of a Czech Jewish father who fled the Nazis in 1938, he is married to a Brazilian marketing executive with whom he has two children. He studied law at Oxford and received a master's degree at Cambridge, after which he began his career as an international lawyer at a prestigious London legal firm.

In 2000, he joined the Foreign Office and three years later led a team at The Hague dedicated to bringing war criminals, including Slobodan Milosevic and Radovan Karadzic, to justice. Mr Raab has been a Conservative Party Member of Parliament since 2010. Mr Raab has been widely criticised in the UK for saying he knows Mr Johnson will “pull through” his health crisis “because if there’s one thing I know about this prime minister, he’s a fighter”.

As the Guardian newspaper’s commentator mocked, “This blather implies that anyone who does not ‘pull through’ is not ‘a fighter’. Did he (Mr Raab) think of the effect of his words on anyone who has lost a loved one to coronavirus?” Appearing under the heading, “Boris Johnson, Dominic Raab, Fighting Talk and Thoughtless Words”, the article accused Mr Raab of insulting both, those who lose their lives and medical staff. There is also considerable confusion over how, when and where Mr Johnson contracted the infection.

Apparently, Mr Johnson himself claimed somewhat bombastically at the beginning of March that he had been going around hospitals greeting patients and, in defiance of the coronavirus, shaking them by the hand. Not so, several people have contradicted. He had shaken hands only with hospital staff, not patients. In any case, it doesn't take a handshake, and the two-metre rule (social distancing) only applies to air transmission.

It just takes an infected surface to be touched followed by a face touch to do it. It seems far more likely that the infection can be traced to a high-powered meeting at No 10 a fortnight later. On the day when Britain went into lockdown, Neil Ferguson, the government’s leading adviser on disease modelling, was in Downing Street. Ironically, the next day he announced that he had coronavirus.

No one can ever know cause, effect and agent for certain but it is known that in the days that followed, Matt Hancock, the health secretary, Chris Whitty, the chief medical officer, and Dominic Cummings, Mr Johnson’s chief adviser, all went down with symptoms. And so, on March 26, did Mr Johnson himself.

Although Britain seems to be in a constitutional tunnel, there’s light at the end of it. If the need arises for a new prime minister, and the cabinet and parliament fail to rise to the occasion, there’s always Queen Elizabeth. She chose Anthony Eden’s successor in 1967.

She can do so again. But the need won’t arise, although in a signal break with protocol, she has sent a message of sympathy and support to Mr Johnson's partner, Carrie Symonds, who is expecting his child, and knows that the father will soon be home. The writer is the author of several books and a regular media columnist.