In Uttarakhand, the hills are alive with the sound of ‘pahad bachao’, writes Bhavdeep Kang

Land rights activists have joined hands with environmentalists and taken to social media and the streets to push their cause and halt ‘development’ that threatens land, forests and water sources. The increasing pressure on land, water and forest resources has adversely impacted villages. For women, in particular, the search for water, firewood and fodder has become increasingly hazardous.
Bhavdeep Kang 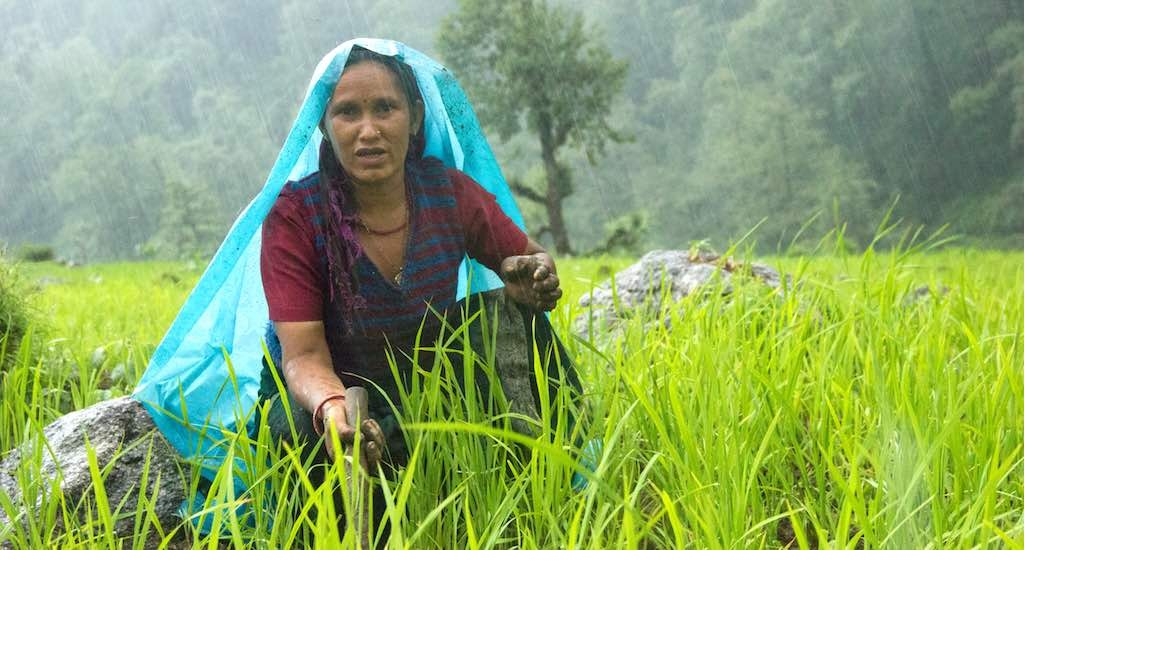 Green issues rarely figure in an election, but in India’s Devbhoomi, the hills are alive with the sound of ‘pahad bachhao’ slogans. Denizens of the Himalayan state of Uttarakhand have begun a pushback against weak land laws linked to environment-unfriendly development, ahead of the 2022 assembly polls.

The BJP, Congress and AAP are already weighing in on the youth-led agitation against unregulated and unrestricted buying and selling of land and indiscriminate construction activities. The primary objective is to preserve farmland, which is being bought up by outsiders. But the diversion of farmland towards ‘development’ has resulted in the increasing incidence of landslides, water shortages, pollution of water bodies and change in microclimates.

In 2018, the BJP-led Uttarakhand government had amended land laws to remove the ceiling on purchase of agricultural land for industries (including hospitality, tourism, health and education). The move, ostensibly intended to attract investment and create jobs, wound up benefiting the state’s thriving land mafia, according to the agitating youngsters.

Land rights activists have joined hands with environmentalists and taken to social media and the streets to push their cause and halt ‘development’ that threatens land, forests and water sources. The Himalayan ecology, environmentalists say, is highly sensitive and building and tree-felling at the current scale will prove disastrous.

Only nine per cent of the state’s total geographical area is agricultural land (as compared to 83 per cent in Punjab) and is under tremendous pressure from the land mafia. Technically, outsiders are only permitted to purchase 250 sq metres of agricultural land, but this rule does not apply in nagar panchayat areas. The protesting youth want strong protective legislation, along the lines of those in Himachal Pradesh, where trade in agricultural land is well-nigh impossible and outsiders cannot purchase land.

For the Congress, the issue is a godsend. It has positioned itself on the side of farmers and demanded a rollback of the 2018 amendment, failing which it has promised to enact farmer-friendly legislation if voted to power. The “inherent and transitional rights of the natives of the state” will be protected, the PCC chief said. The opposition has also demanded a white paper on the land purchases under the new law and the outcomes thereof. Bharatiya Kisan Union (BKU) leader Rakesh Tikait has added his voice to the cause.

The BJP, for its part, is on the defensive. The fact that the newly-appointed chief minister has set up a committee headed by the chief secretary to review the existing land laws, indicates that the issue has traction on the ground. The reason being that the increasing pressure on land, water and forest resources has adversely impacted villages. For women, in particular, the search for water, firewood and fodder has become increasingly hazardous.

Massive townships have covered hills in concrete and borewells drilled by developers in the water-strapped hills have left farmers without water. The decimation of oak forests has deprived women of easy access to fodder and firewood. In Bageshwar earlier this year, village women started a ‘Chipko’ movement to prevent 500 oak trees they had nurtured from being cut down to make way for a road.

The enormous influx of tourists has created shoals of plastic on water bodies. The mushrooming of tourist resorts and small-scale industries, without any regard for sewerage systems, zoning laws or effluent treatment, has led to ground and surface water contamination.

In recent years, the state has witnessed an influx of outsiders, even as the native population migrates to the plains in search of livelihoods. The Covid pandemic attracted city dwellers, who were looking for a second or even a primary home in the hills, thereby driving up land prices and circle rates. Naturally, farmers are tempted to cash in on the boom and sell their land.

The RSS has also expressed concern over the burgeoning minority population in the state, which has registered the highest growth rate in the country after Assam. From 1990 to 2011, it increased from 10 to 14 per cent and at that rate of growth and is now estimated at around 16 per cent. This has prompted the state government to consider a population policy along the lines of Uttar Pradesh. The perceived ‘demographic imbalance’ has already sparked communal tensions and this may well work to the advantage of the BJP.

The AAP, meanwhile, is impatient to shrug off the one-state party tag. To this end, it has worked assiduously to establish itself in Devbhoomi and has acquired high visibility in Uttarakhand. Historically, the state has not thrown up successful regional parties, as voters prefer to go with national players. With the BJP battered by Covid, frequent changes of CM and the land laws, and the Congress yet to bridge the credibility gap, the AAP reckons it is in with a chance. But all three players will have to rethink the ‘development’ trajectory of Uttarakhand if they want to strike a chord with young voters.