If Shastri & Kohli are not conceding that their white-ball template is somewhat problematic, then they are definitely wrong, writes Tapan Joshi 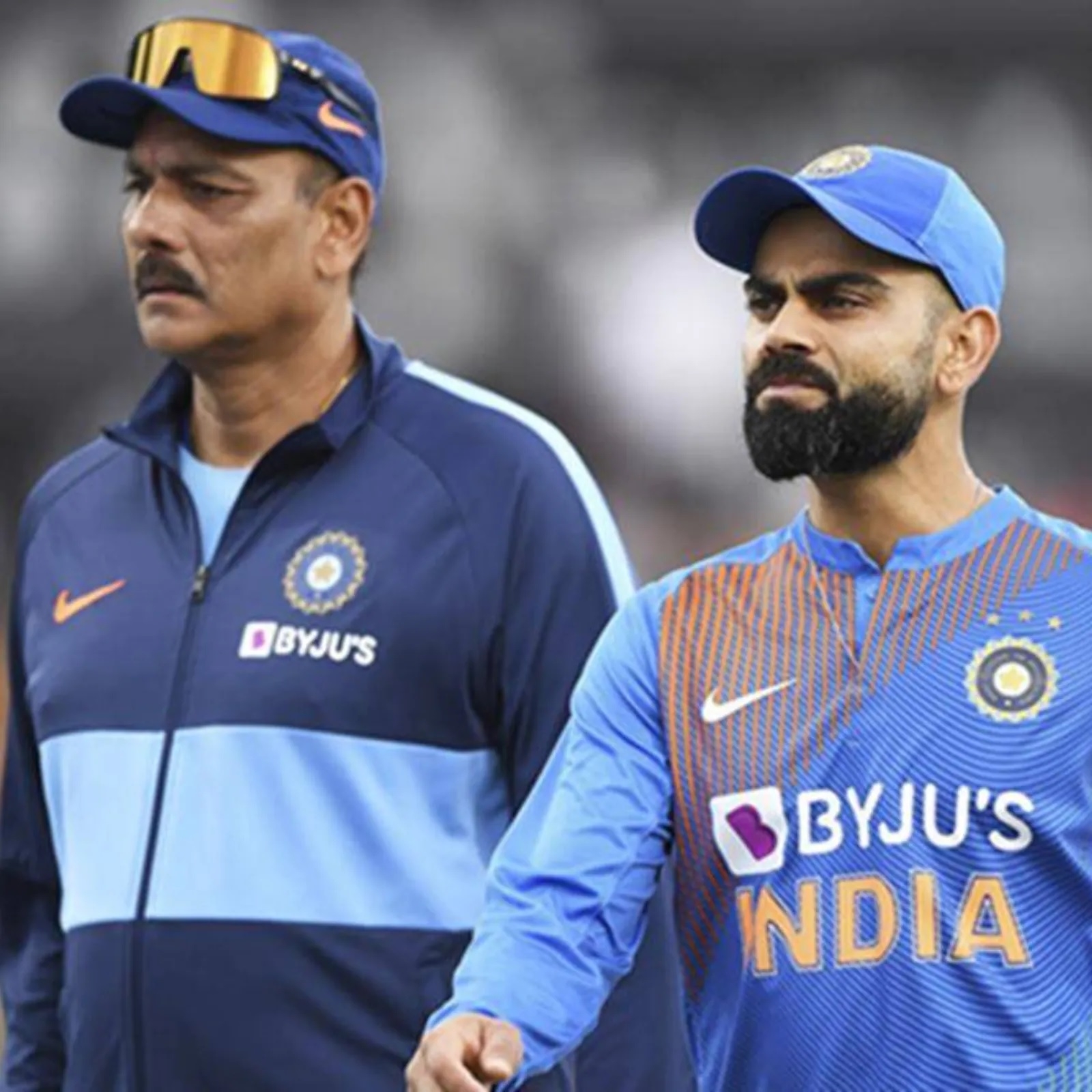 Now that the World T20 has a new champion and the bhakts are rejoicing over Pakistan failing to win the tournament, it’s time to look at the Indian white ball set-up dispassionately. A few former cricketers and journalists who came out in vociferous support of the Indian team after the T20 World Cup debacle based their arguments on India’s successes in Test cricket. “World titles don’t matter,” they said, giving the example of the all-conquering West Indies, who were the greatest cricket team in the 1980s but did not win the World Cup that decade.

Ravi Shastri and Virat Kohli, the coach and the captain, insisted that they were not bothered about what people said, and indeed, that should be the case. After all, how many Indian teams could boast of two Test series wins in Australia, being 2-1 ahead in England with the final Test pending, and winning bilateral ODI and T20I series almost everywhere in the world?
Shastri is right when he says he overachieved as a coach, and Kohli is absolutely correct to say the current Indian team is second to none.

But if Shastri-Kohli are not conceding the fact that their white-ball template is a bit of a problem (they are not), then they are definitely wrong.
Let us first talk about the importance of the ‘world titles’. How much do the world titles, or ICC titles as they are called, matter? You only had to look at the crying faces of the Australian players on Sunday night to know. They won their first T20 World Cup -- the only trophy missing from their glittering cupboard -- and the normally tough-as-nails Aussies had turned emotional.

Just like cricket is a strange game, played over five days and yet there could be no result, its titles are equally strange. Test cricket, the toughest format, doesn’t decide the world champion although the ICC has put in place a system that ranks the best Test team in the world.
Cricket’s world champions are decided in the 50 overs-per-side-format, what we know as the ODIs, or one-day internationals. Now, the T20 World Cup has been added to the schedule. So, unlike football, cricket will have the best Test team, an ODI World Champion, and the T20 World Champion. At the moment, these are New Zealand, England, and Australia respectively.

In contrast, Australia have won the ODI World Cup five times, the Champions Trophy twice, and now the T20 World Cup. While taking nothing away from India’s phenomenal run in Test matches, their temperament at world events is certainly under a question mark.

The Indian problem
India arguably has the strongest bench strength in Test cricket, but it is not in the league of England and Australia when it comes to 50-overs cricket, and is way behind in the T20 format. This has a lot to do with the captain, Virat Kohli (he has now relinquished the T20 captaincy and could also give up the ODI leadership), the coach, Ravi Shastri (now replaced by Rahul Dravid), and the cricket administration refusing to acknowledge that India’s white-ball template has a problem.

India have not been able to find a single player, Kohli included, who are in sync with the modern demands of white ball batting, be it in the ODIs or the T20s. The ability to bat aggressively in the powerplay, like England’s Jos Buttler, Pakistan’s Babar Azam, or Australia’s David Warner have displayed, is missing in the Indian ranks which boast of class players such as Rohit Sharma, K L Rahul, and Kohli himself.

The Indian way is still the conservative way; preserve wickets early on, consolidate in the middle, and go hard at the end. This is akin to using an outdated desktop in the era of smart laptops.

The fact that the star Indian players are the most overworked cricketers in the world doesn’t help. Players from Australia and England are known to prioritise their country over the Indian Premier League (IPL) from the time the cash-rich T20 league was launched in 2008. Indeed, Australia and Pakistan -- the two best teams on show in the just-concluded T20 World Cup -- consisted of the least-tired legs.

Indian players don’t have the luxury of skipping the IPL -- at least the star players don’t -- considering their own position with the BCCI, the franchise, and the financial aspects involved. Apart from tired legs, this has resulted in long-term damage to players’ techniques and their health. Prithvi Shaw could have been, rather should have been, one of the most destructive opening batsmen in the world by now. Instead, so terrible has his technique been found by world-class bowlers that he is now a lottery at best, coming off once in a while. Because of injuries and a bit of an indifferent attitude towards the game initially, he and his coaches had no time to tighten his technique.

Then there is Hardik Pandya. One of the cleanest hitters of the ball and a handy bowler, Pandya is an IPL regular for Mumbai Indians. Injuries have already taken the sting out of his bowling (he’s not bowling these days anyway), and his batting has been on the wane for some time now. If you look at the last IPL season, a majority of young Indian players haven't been that good; it was often the foreign talent that saved the day for their franchises.

The way forward
India are likely to have two captains -- Kohli for Tests and Rohit Sharma for the white ball cricket -- and that’s the way forward. And just like they have slotted the likes of Cheteshwar Pujara and Ajinkya Rahane as Test specialists, they need to groom batsmen and batting all-rounders for white ball cricket. A pool of 30 players for the white-ball format need to be identified, and the concept of ‘fearless cricket’ should be ingrained in them, rather than the phrase being thrown around only during press conferences.

Such is the quality in this Indian side that Team India should have had at least two, if not more, world titles in these last eight years instead of none. And who better than Rahul Dravid to realise this?