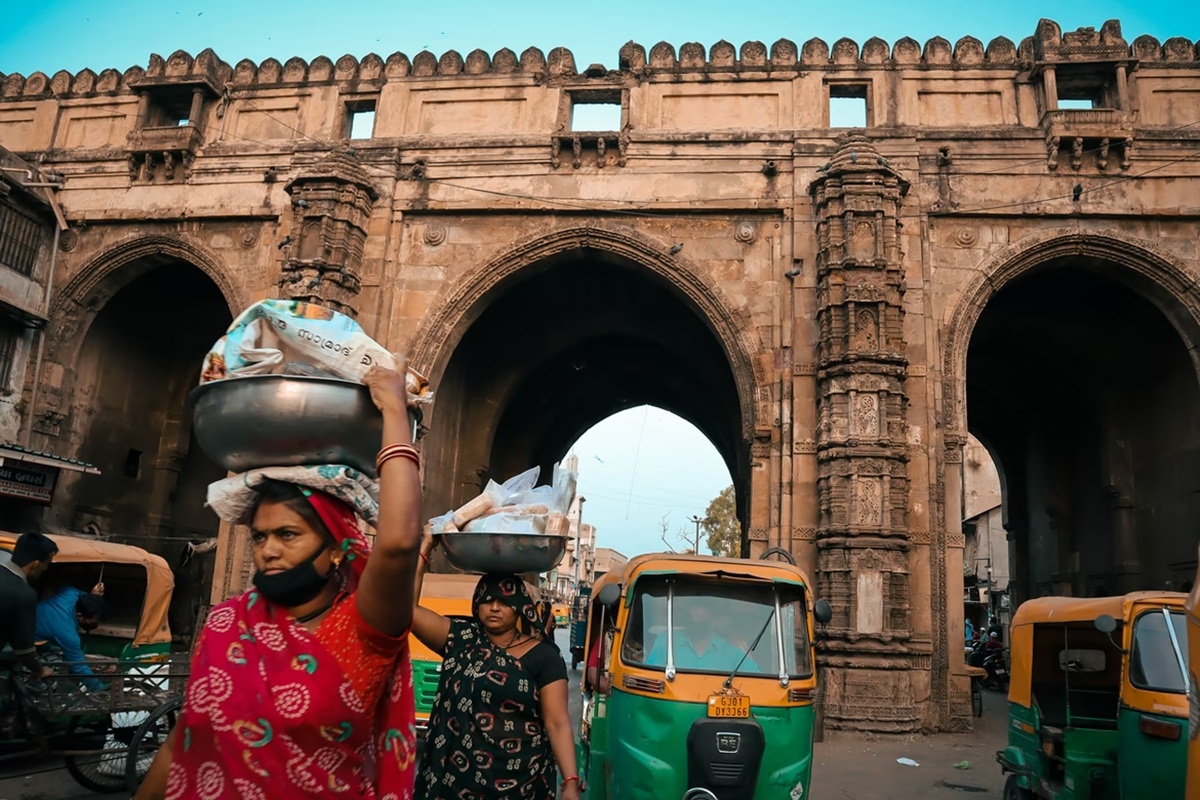 Finance Minister Nirmala Sitharaman led a team of junior ministers and secretaries to Gandhinagar in Gujarat on November 20 to discuss the proposed International Financial Services Centre in Gujarat International Fin-Tec City (GIFT City). The highprofile visit, according to her ministry, was to underline the Government of India’s commitment to develop GIFT-IFSC as India’s “…dominant gateway for global financial flows”.

To many in Mumbai, it meant the beginning of the end of the city’s position as the country’s financial hub, a possible relinquishing of the honour to Gandhinagar.

Is this merely an apprehension of parochial politicians of Mumbai or is there a room to suspect that it is part of a larger plan to diminish Mumbai’s pre-eminent position? If there is a plan, it is unlikely to be publicised or discussed in the public domain. It would unfold in bits and pieces as the Central government takes decisions and we read the signs. Maharashtra’s politicians, except those of the BJP, would have us believe that the Central government is shifting key industries and institutions away from Mumbai to benefit either Gujarat or Uttar Pradesh, both states with strong BJP footprints.

The UP government attempted to lure the media and entertainment industry to NOIDA. The headquarters of a number of news television channels are located there already. Efforts are on to build a film city and have some of India’s best known Bollywood producers and directors to shift base to make NOIDA a glamour magnet. Mumbai’s relationship with the media and entertainment sectors goes back to the colonial period when a set of circumstances led to such work crystallising in the city and then organically expanded to be identified with the city itself. In fact, the 'B' in Bollywood comes from Bombay.

Similarly, the colonial preference for the then Bombay over Surat and trading ports nearby eventually led to the city becoming the headquarters for commercial and trade activities, which in turn led to the establishment of a slew of banking and financial services or institutions. The Reserve Bank of India was set up in April 1935. The State Bank of India, which is the country’s oldest commercial bank, was established in 1806 as Bank of Calcutta in that city but was merged with the Bank of Bombay (founded in 1840) and Bank of Madras (founded 1843) – known as Presidency Banks – to form the Imperial Bank of India in 1921. Its headquarters has been in Mumbai.

The Bombay Stock Exchange, which began as the Native Share and Stock Brokers Association, traces its roots to 1875 though cotton merchants were informally trading under banyan trees earlier. Financial and insurance companies owned by the central government and private sector were located in Mumbai, as were regulatory authorities such as Securities and Exchange Board of India.

Independent India’s corporates based themselves here. The National Stock Exchange is here. The economic liberalisation in 1991 brought a new wave of global financial majors to Mumbai, and its services sector subsequently exploded.

Mumbai as a commercial-financial hub was not a planned project. It emerged partly from its natural harbour and partly from a range of activities which found value in locating themselves here, gradually building it into the commercial-financial nerve centre that it became. Of course, the colonial administration enabled this by connecting the famed seven islands to form the single Old Bombay, laying railway lines, establishing companies such as Bombay Coast and River Steam Navigation Company, and making land available to industries especially for cotton mills.

Cities rise and fall, is a favourite urban maxim. It would be more appropriate to say that they are built and then they flourish or lie abandoned. Bombay was built and continues to be unbuilt and rebuilt in layers and phases, as was Delhi or Chennai or Bengaluru or any other city. Gandhinagar itself was created from scratch. Then why not the GIFT City or GIFTIFSC, one may ask.

Mostly because this comes at the expense of Mumbai where institutions are being lured away from the city and if a substantial number of them relocate – either for commercial reasons or out of fear – it could eventually diminish the city’s significance. Whether this will come to be is not predetermined. Whether it is part of a diabolical anti-Mumbai plan is open to the jury, of course.

Gandhinagar was a green-field project conceived and constructed in the 1960s after Gujarat state was formed with Ahmedabad as its capital city. The two cities could not be more dissimilar. Ahmedabad, the lore goes, was reestablished by Ahmed Shah I where the ancient famous city of Karnavati had stood since the 11th century on the banks of Sabarmati. It’s a kaleidoscope of histories and cultures, it’s chaotic but vibrant. Gandhinagar is urbane, ordered and officious, and mostly quiet.

A part of it was carved into GIFT City. The idea was mooted during the Vibrant Gujarat Summit in 2007, planning for the 359-hectare city began a few years later, and its first multistoreyed structure was unveiled in 2013 by the then chief minister Narendra Modi. In February 2014, months before the landmark general election, Modi led a summit on financial services and held closed-door meetings with senior management of banks and financial institutions, many of whom came away with allotment letters in GIFT City.

In 2007, the Percy Mistry Committee had recommended establishing an international financial services centre, which the then Prime Minister Dr Manmohan Singh indicated would be in Mumbai, a natural progression of the city as the hub of commerce, finance and trade. Land was allotted in the G ‘Text’ Block of Bandra Kurla Complex (BKC), now a coveted destination. After 2014 when the BJP assumed power at the Centre and in Maharashtra, the Mumbai-Ahmedabad bullet train project came to be located in that Block. The Modi government moved a law for IFSC and issued the notification in 2020.

This does not mean that all financial institutions will move post haste to GIFT City even when it becomes fully functional but the recognition of Mumbai as India’s financial-commercial hub now has serious competition. Besides, given the uncomfortable political equations that the Modi government has had with Uddhav Thackeray’s government – and the BJP with the Shiv Sena – there are reasons to believe that the Central government’s intentions do not come from a good and honest place. Reading together with the push to relocate Bollywood in NOIDA, there is scope to believe that diminishing Mumbai’s significance may be on the BJP and/or Modi’s agenda.

This is a wake-up call for Mumbai, both for its municipal corporation and the state government to pay serious attention to city-making --especially its crumbling infrastructure -- along with all stake-holders. What should Mumbai of the future be? This is the time to lay out a comprehensive, far-sighted, and inclusive vision for Mumbai’s renewal, determine what and who will lead the renewal, how infrastructure and natural ecology can complement each other and support this renewal, and how to best use Mumbai’s many attributes to maintain its preeminent position in the country.

Industry leaders are happy to follow the power trail. Political leaders have not gone beyond criticising Modi’s decisions on GIFT-IFSC as being “anti-Mumbai”. It will be that only if Mumbai’s administrators allow it to be.

Smruti Koppikar is a senior journalist, urban chronicler and media educator. She writes on politics, cities, gender and development, and tweets @smrutibombay