Thanks to the COVID-19 pandemic, problem of food security has become more acute 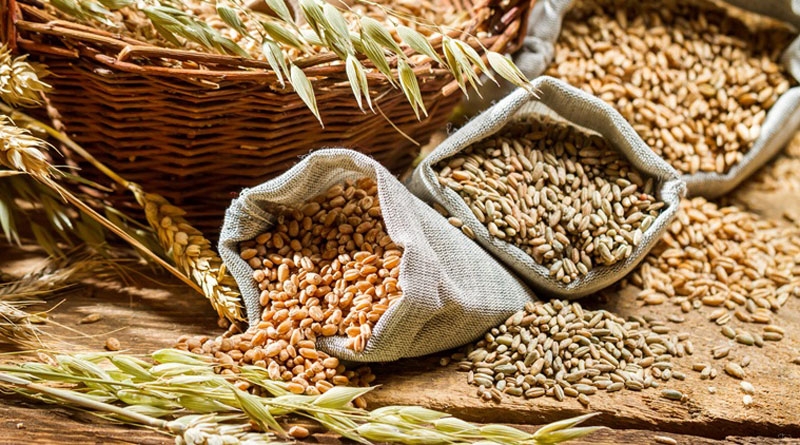 The official stock of food-grain with the Food Corporation of India stood at 77.7 million tonnes as of March 1. This includes 27.5 million tonnes of wheat and 50.2 million tonnes of rice. The rice estimate includes a significant quantity of unmilled paddy. This mountain of grain is among the highest level that the government has held in its stock. It is far in excess of what is required by the norms defined by the government itself. And this large stock is prior to the coming rabi harvest, which is expected to be bumper, and will add further to the stock. The coexistence of high stocks with the government amidst rising hunger and starvation, is a peculiarly Indian phenomenon, and this is not the first time such an anomaly needs to be highlighted. Food-grain procurement and the public distribution system (PDS) are designed to meet three objectives: food security, food price stability and adequate remuneration to farmers with minimum support prices. There is an inherent inadequacy in using just one instrument to achieve all three objectives. Add to it, the other factors like inefficiency of large bureaucracies, lack of coordination between Central and State agencies, pilferage and wastage, lack of storage capacity, knee jerk policy responses like imports and exports of food, it is no wonder that this elaborate system has failed to address the problems of hunger and nutrition.

Last year, India’s global rank in the hunger index slipped down nine places to be at 102 out of 117 countries. The government has protested that the methodology is flawed and the data is outdated, but even by its own admission, India’s rank would be 91, hardly a matter of pride.

During the COVID-19 pandemic, the problem of food security has become more acute. Millions of migrant workers and their families were seen in an exodus of reverse migration from cities like Delhi, Mumbai and Surat after the announcement of the 21-day lockdown. Since public transport by trains and buses was not available, many people just chose to trek hundreds of kilometers back to their villages. State governments then swung into action and set up shelters and food distribution centers to mitigate the suffering of migrants, who have lost jobs, incomes and livelihoods. These are the vulnerable sections, including large numbers of the urban poor who are suddenly exposed to food insecurity in addition to a loss of livelihood. The States are trying desperately to prevent the migrants from going back, so that infections don’t spread, and also the availability of labour is not jeopardised in the post-COVID phase.

A PIL has been filed in the Supreme Court seeking an immediate direction to the Centre to address the plight of migrant workers and their families, in terms of shelter, food, medicines. The government in its response to the PIL filed an affidavit, which described ongoing efforts of private companies, NGOs and State governments that were cumulatively able to serve more than 8.5 million people with food and rations. This is woefully inadequate. The number of people facing a food insecurity crisis could be upward of 40 million. The long lines of people waiting to receive a plate of cooked food is testimony to the seriousness of the crisis.

The government has tried to be as responsive as possible, but it needs to do more. For instance, it needs to massively scale up the involvement of partner NGOs who can help run community kitchens, and provide cooked food or dry rations in several cities and also rural areas. But the NGOs need to be given food-grain at a nominal PDS price or completely free, as also additional funds to buy cooking oil, vegetables and spices to meet the cost of food preparation. So far, the government orders specify that FCI will sell grain at Open Market Sale Scheme (OMSS) prices, which are even above the MSP, and simply unaffordable to the NGOs. Moreover, the PDS rations need to be given to both ration card holders as well as those without any ration cards. Otherwise the food crisis will worsen and lead to starvation deaths or food riots. The allocation of grain to families of migrants and the urban and rural poor should be a lump sum equivalent to three-month quotas.

Apart from the poor, we may be headed for sporadic shortages of food stuff for the non-poor too, during the lockdown. There are reports that flour mills are operating at 25 percent capacity due to unavailability of wheat, workers or packaging material. The country has 2500 units which have a combined production capacity of 25 million tonnes of flour, sooji and maida. Some units have been forced to shut down due to a blockage of their working capital in making biscuits and bread. Despite the government’s quick response in allowing truck movements, there are supply chain disruptions due to uneven police action, or lack of coordination between various levels of government. It is unwise to categorise food into essential and non-essential items. Who is to say that flour is essential but noodles are not?

Even before the COVID-19 pandemic, back in August there was yet another PIL in the Supreme Court seeking direction to setup a national grid of State-funded community kitchens to cater to the urban and rural poor, and especially to those who fall outside the PDS. This was to combat the worsening hunger and malnutrition status in the country. That PIL referred to the initiatives of soup kitchens and canteens run in States like Tamil Nadu, Andhra, Uttarakhand, Odisha, Jharkhand and Delhi. These would be complementary to mid-day meal schemes which serve hot meals to nearly a 100 million students on a daily basis. The government’s Poshan Abhiyan (Nutrition Mission) launched three years ago has only spent 37 per cent of its budgeted funds as of December.

Clearly the aim of eliminating hunger in India is a daunting challenge. In times of COVID-19, food security has become an urgent crisis. Fortunately, we have a mountain of grain, which if quickly and intelligently deployed can mitigate the crisis to a large extent. The government must not hesitate in transferring grain stock from the FCI to State agencies and NGOs at zero price, whatever be the fiscal implication.

The writer is a senior economist and Senior Fellow, Takshashila Institution