If the Centre had really wanted to convince farmers, it could have put in the effort that it does during elections 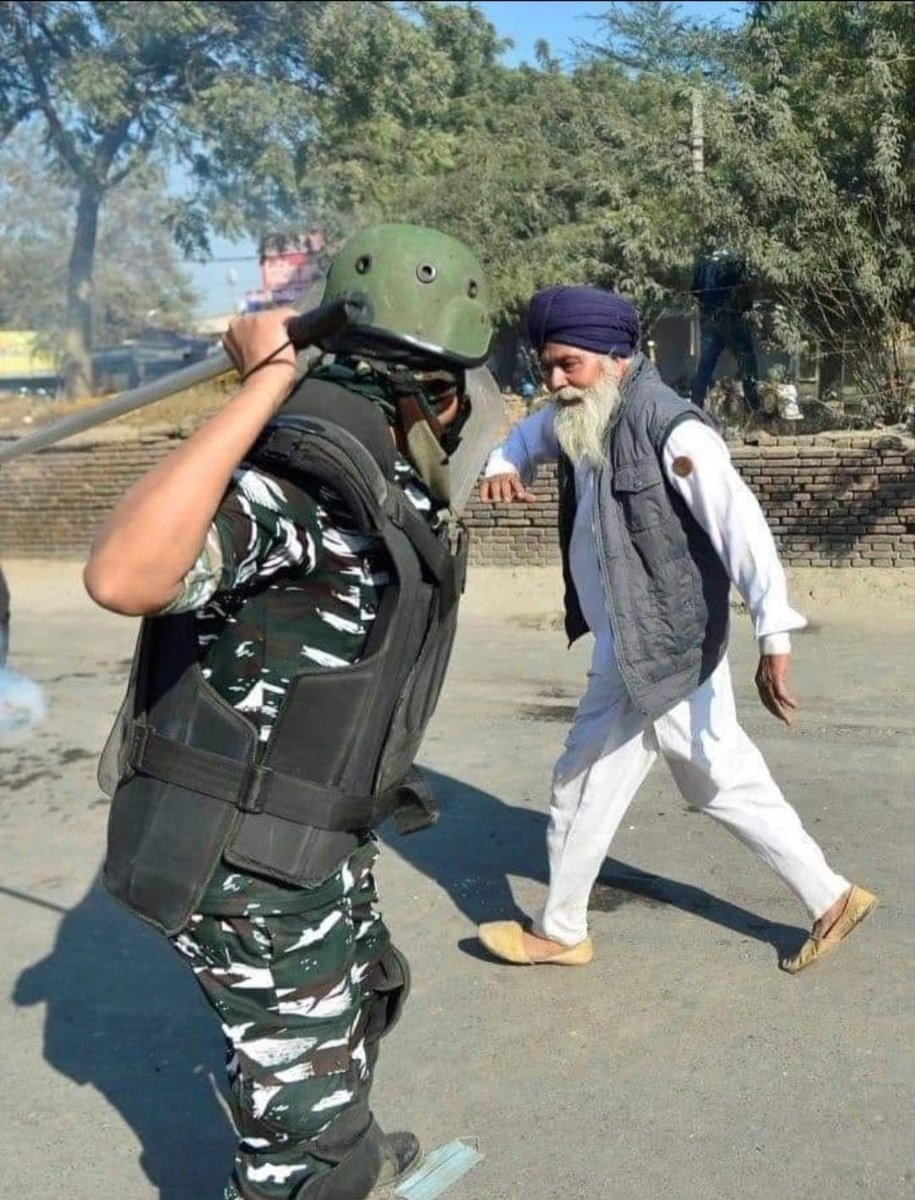 One of the most telling moments of the current farmer protest in Delhi is the shot of a man in uniform, masked and all geared up for battle, raising his baton against a blue-turbanned, pyjama-kurta-clad farmer with a flowing white beard and complete confidence. One man representing the state, the other man representing his fraternity. Really speaking, they should not be at odds. One protects society through law and order, the other protects society by filling our plates with food. And yet, the visuals trickling out of Delhi seem to be those of pitched battles between two of the most important pillars of society – those who uphold order, and those who till the land.

The background for this protest is the three agriculture bills signed into legislation at the end of September. The Farmers' Produce Trade and Commerce (Promotion and Facilitation) Bill, 2020; Farmers (Empowerment and Protection) Agreement on Price Assurance and Farm Services Bill, 2020; and the Essential Commodities (Amendment) Bill, 2020. Rather than debating and discussing the bills and listening to concerns that people had – the government used its overwhelming majority to ram through the bills, without taking on board the concerns raised.

The three farm bills were contentious enough for the BJP’s long-term ally, the Akali Dal, to walk out of the government and the NDA. Sukhbir Singh Badal took to Twitter to announce: “Shiromani Akali Dal core committee decides unanimously to pull out of the BJP-led #NDA because of the Centre’s stubborn refusal to give statutory legislative guarantees to protect assured marketing of crops on #MSP and its continued insensitivity to Punjabi and #Sikh issues.”

Farmers from four North Indian states – Punjab, Haryana, Madhya Pradesh and Uttar Pradesh -- are currently in Delhi, protesting against the new laws pushed through by the Government that promise to transform agriculture. While the BJP calls it reform, the opposition and farmers' groups call it a death sentence. It looks likely that farmers from Andhra Pradesh, Maharashtra, and other states will join them. And, like many other events of the last six years – the problem is the unwillingness of the Government to sit down and explain what it does and how it will benefit people, in a clear manner. The Government has been good at broadcasting its intentions – using its tremendous clout among the malleable mainstream media to put out information on why it was good. But, if it had really wanted to reach out to farmers and convince them, then it could have put in the kind of effort that it does during elections.

At the core of the Modi Government reforms and the passing of the new legislations, is the stated objective of freeing up the agricultural system. The new laws will ease the regulation and restrictions around how agricultural produce is priced, sold, and stored. Additionally, the new laws allow the entry of private-sector buyers to buy and store essential commodities for the future. Something that critics say would allow large players like Reliance and Adani to buy produce during a bumper crop and drive down prices and be able to sell it later without the original producer making anything out of the bounty. Another major change is liberating the farmer from the necessity of selling the produce only at designated government approved mandis and freeing them up to sell to anyone.

Critics say that all these reforms will only help big business and big farmers – leaving out the remaining farmers in the cold. Many have likened this set of legislations to those of the East India Company. They believe that these laws are the first step in big business taking over their land and making them landless labour (at some future date).

The problem with the Government is not the intent. The problem is that it seems to exist in an echo chamber of courtiers – both on media and social media – who add their ‘chorus of yes’ to much of what the government undertakes. A pliant media – especially TV media – looks at the Government with rose-tinted lenses and can see nothing wrong with what the Government does – be it the overnight demonetisation of currency or the lockdown that left hundreds of thousands of people stranded. It is this echo chamber of darbaris and hangers-on that is diverting the government from its core duty of listening and talking to people.

Any law that is passed needs to have the consent of the governed. And this consent is not so difficult to acquire. After all, the Government is headed by one of the greatest communicators of all time – Narendra Modi – a man held in affection by large swathes of the population. All that the Government needs to do is get out of its echo chamber and talk to the people. Ultimately, India is bigger and more diverse, and more opinionated than the IT cell and its extensions. It might be good for the Government to get out and have their chai and charcha with the population at large.

The writer works at the intersection of digital content, technology, and audiences. She is a columnist, visiting faculty and filmmaker.