Glaring dissonance between the economy and the market

The market’s current overconfidence seems to be driven by hope of a recovery in economy and business sentiment, excess liquidity, as also the gradual decline in new infections reported daily and a spike in recovered cases over the last three weeks
A L I Chougule 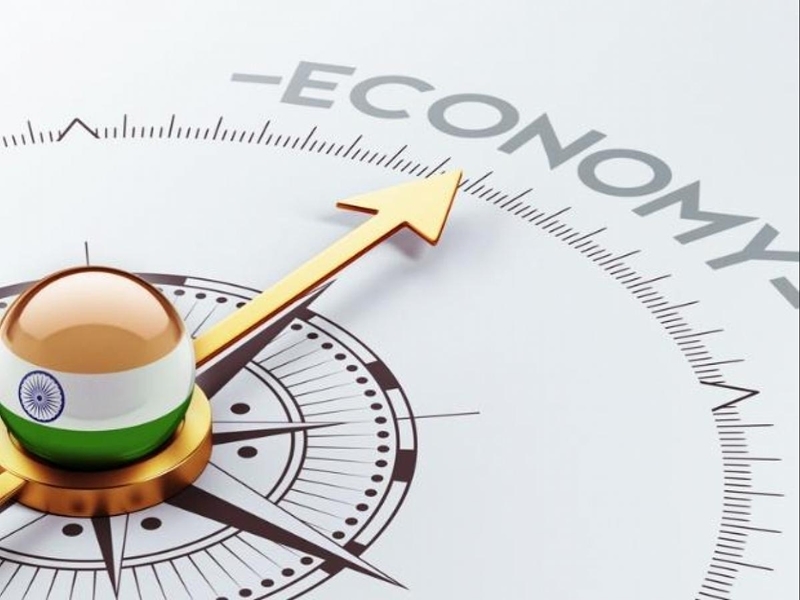 Looking at the equity market these days, it appears that Covid-19 has not been much more than just a short-term disruption. The economy, however, tells a different story: as uncertainties around the pandemic continue to abound, the economy is projected to contract anywhere between 9 to 11 per cent in FY 20-21 and the consensus among the IMF, World Bank and independent economists is that it’s going to be a long, winding and uncertain road to recovery. Clearly, two different narratives are being told by the stock market and the economy. The question is: which one is accurate? The evidence is certainly on the side of the IMF, the World Bank and independent economists.

The current economic picture is nothing short of a big concern. Even though government intervention may prevent a further slide, a recession is a foregone conclusion. The pandemic has caused a world of hurt to small and medium businesses and the large firms are not immune to it either. Larger companies in hard-hit industries such as retail, airlines, hospitality, automotive, banking and non-banking services and infrastructure are facing mounting pressure to their top and bottomlines.

With unemployment rising around the world and in India, many will be unable to repay their debts, resulting in consumer loan defaults. The World Bank, in its Global Economic Report of June 2020, had said that the world economy was facing the worst recession since World War II and that growth was expected to shrink by 5.2 per cent in 2020. It projected the US economy would shrink by 6.1 per cent in 2020 and that of India by 9.6 per cent in FY 2020-21. In addition, the World Bank also observed that the situation in India is ‘worse than ever’.

Close on the heels of the unprecedented GDP hit in Q1 of the current fiscal, some more sobering news has come India’s way from the International Monetary Fund’s latest World Economic Outlook Report. According to this report, India is likely to slip below Bangladesh in per capita GDP in the 2020 calendar year as a result of the lockdown impact. If the IMF's forecast hits the mark, it will leave India just ahead of Pakistan and Nepal in the regional GDP sweepstakes.

The IMF’s de-growth projection for India is worse than the RBI’s recent projection of 9.5 per cent contraction and also gloomier than the World Bank’s forecast of 9.6 per cent decline in FY-21. India’s contraction of 10.3 per cent, going by the IMF forecast, is going to be the third sharpest fall in the world after Spain and Italy; it will also be the starkest decline among developing nations and emerging economies, according to the IMF report which also says that in the current fiscal, the Indian economy is set to shrink the most since the 1990-91 crisis.

What this means is that during the Covid-19 pandemic, the economy is suffering severely, at least in the near-to-medium term; recovery is still some distance away as the phased opening of the economy is still underway and the health crisis is not over yet. But the question is: when will India get back to pre-Covid 2019 levels? That, in the IMF’s view, will take longer, even beyond 2021. In other words, as the IMF’s chief economist Gita Gopinath has said, ‘like many other countries, India won’t get back to 2019 levels before 2022’.

Therefore, the capital market’s resilience seems illogical and the paradox of modern economics is glaringly obvious. When the economy is tanking because of the pandemic restrictions, stock markets are booming and except for the blip in March, the grim reality of economy has escaped capital markets despite the fact that the lockdown has hit the economy hard and growth is expected to be negative for at least two quarters. Just as it has happened in the US, the Indian market has rallied nearly 60 per cent through the lockdown, after a dip in March. What explains this dissonance?

One reason for the resilience is said to be investors’ behavioural biases: when investors are overly confident about the future, they tend to look for evidence that affirms their bias, such as economies reopening and vaccine progress. Behavioural bias is likely to have played a role in the equity market hitting its all-time high on January 17, 2020, with the Sensex closing at 42,062, though the quarterly GDP growth rate had consistently been going down since Q4 of FY18, when it touched 8.1 per cent and went down to 3.1 per cent in Q4 of FY19-20. At that time, Covid-19 was mainly confined to China, Iran, Italy and some stray cases in a few more countries. Political leaderships of most countries, including India, and market observers were focused on encouraging signs that the virus outbreak would be contained.

The market’s current overconfidence seems to be driven by hope of a recovery in economy and business sentiment, excess liquidity, as also the gradual decline in new infections reported daily and a spike in recovered cases over the last three weeks. While a government expert panel’s report that India may have passed the Covid-19 peak is likely to have a positive effect, another factor responsible for the market’s V-shaped recovery is the desire among investors to take on risk, even in the time of high market volatility, as interest rates have fallen and, therefore, the attraction of the equity market has increased.

But when India is in an economic downturn, can risk aversion and liquidity alone be the reasons for the sustained spike in stock prices? Not really. The stock market tends to be what is referred to as a leading indicator of the economy. However, it’s not a parallel representation of the economy, but can give a preview of where things may be heading.

But what if the pandemic sustains for over a year? Given that India is a resource-constrained nation, it has limited resources to spend. So far, the two stimulus packages have had limited impact on economic recovery. The biggest uncertainty is around private demand, or consumption, recovery. The fall in market indices in February and March were because of the looming pandemic crisis, falling corporate profits and a limping economy. All three are still big concerns. But the market didn’t stay at those levels but rallied more than 60 per cent in six months. Can the market sustain at current levels? Ideally, the good times should not last long and the reality might catch up soon with indices and stock prices.

The author is an independent senior journalist.