Given China’s gimlet eye on our northeast, govt must rush to broker lasting peace between Mizoram and Assam, writes Bhavdeep Kang

Bearing in mind Mizoram’s troubled history, it is vital for the Centre and for BJP-ruled Assam to handle the border issue sensitively, without allowing party politics to enter the picture. The Mizo insurgency, one of the most violent the country has seen, began in the 1960s… . Insurgency came to an end only in 1986, with the Mizo Peace Accord. For 35 years now, Mizoram has been peaceful
Bhavdeep Kang 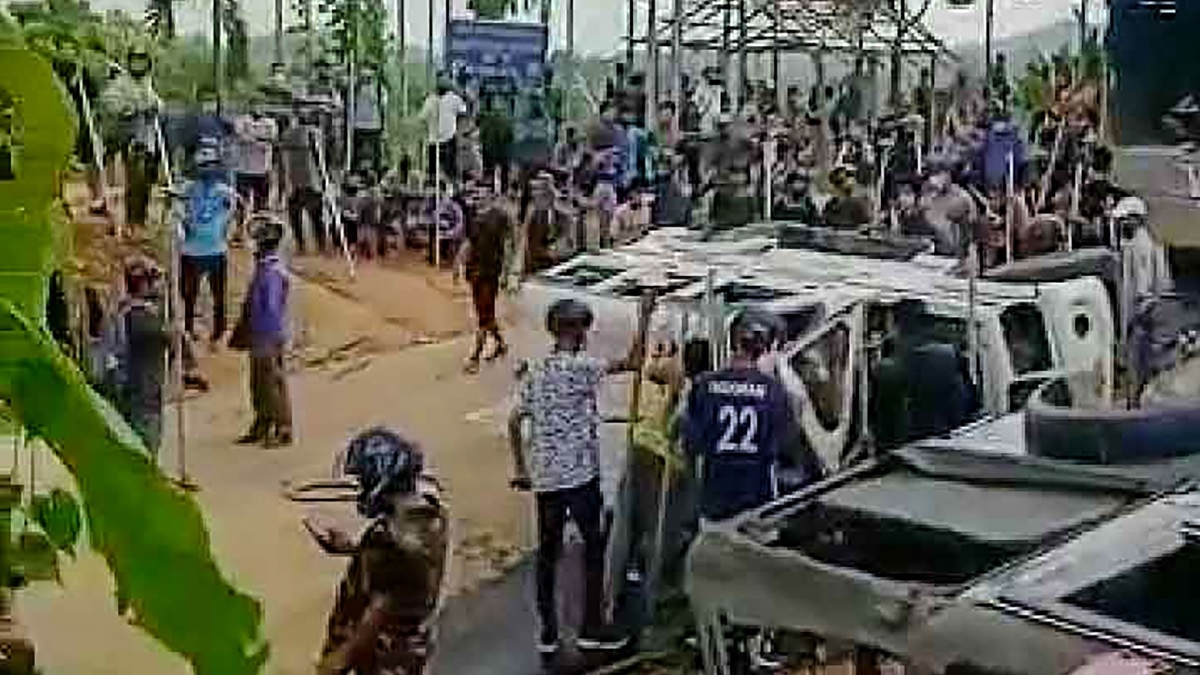 Borders are generally geographic or political boundaries, with cultural differences between regions on either side manifesting gradually over distances. Not so the border between Mizoram and Assam’s Barak Valley, where stark differences are immediately perceptible. The border dispute between the two states thus involves issues of both territory and identity.

The dispute goes back 150 years, but has escalated, thanks to differential population pressure. Although both regions have seen high growth rates, population density on the Assam side is ten times the average for Mizoram. In contrast to Barak, the state has the lowest population of Muslims in the north-east, at 1.35 per cent, according to the 2011 census.

Two sides of the story

“They (people from Assam) keep trying to come across and we keep throwing them back”, a member of the powerful MZP (Mizoram’s student organisation) had observed prior to the 2011 census.

That concern is echoed today by Mizo citizens’ groups, who say that “illegal Bangladeshis” are behind the clashes, as they tend to creep into forested areas, occupy land and destroy existing properties. A sort of buffer zone in the form of a no-man’s land was mooted in 2019, to little effect.

Assam, for its part, claims that Mizo farmers are using forested lands on its territory for cultivation, and this led to the clash between their respective police forces, which claimed seven lives. It also alleges the smuggling of drugs from Myanmar into India via Mizoram.

Myanmar is a flashpoint between Mizoram and the Centre. On the one hand, Mizo organisations are concerned about illegal immigration from Bangladesh, be it Muslims or Chakmas. The state witnessed protests against the Citizenship Amendment Act (CAA), precisely because the Chakmas, as Buddhists, would benefit. Buddhists are the largest minority in Mizoram, far ahead of the Hindus and the Jews (regarded as Bnei Menashe or one of the Lost Tribes of Israel).

The majority in Mizoram is unwilling to accommodate the Chakmas and the Bru-Reangs, who fled the border state to refugee camps in Tripura after ethnic clashes, and are unwilling to be repatriated. Mizo organisations have, in fact, alleged that the Chakma Autonomous District Council (CADC) has been encouraging illegal migration since its inception in 1972 and should therefore be disbanded.

On the other hand, Mizos are strongly in favour of allowing refugees from Myanmar into the state. The ethnic, familial and cultural bonds – including language and cuisine - between the denizens of Mizoram and those of the Chin province of Myanmar, are very strong. Movement across the border is freely permitted, up to a limit of 16 kilometres, permitting daily visits by traders, vegetable vendors and relatives.

The recent crackdown by the military junta in Myanmar has sent Chin families fleeing into Mizoram. The Chin and the Mizos, being Zo people, share a common heritage, prompting the Mizoram-based Zo Reunification Organisation (ZORO) to protest against the Union home ministry’s directive to identify and deport illegal migrants from Myanmar.

The fact that Assam is under BJP rule enhances the political dimension of the dispute, because the BJP has been trying to make inroads into Mizoram, primarily in the Chakma and Bru-Reang areas, where these ethnic minorities dominate five assembly constituencies. It currently controls the Mara Autonomous District Council, has two members in the CADC and one assembly seat, held by former Congressman Buddha Dhan Chakma.

Given Mizoram’s troubled history, it is vital for the Centre and for BJP-ruled Assam to handle the border issue sensitively, without allowing party politics to enter the picture. The Mizo insurgency, one of the most violent the country has seen, began in the 1960s, following the terrible ‘Mautam’ or ‘bamboo death’ that led to massive food shortages.

Heavy-handed repression followed. In 1966, prompted by a declaration of independence by the Mizo National Front (MNF), four fighter jets of the Indian Air Force bombed Aizawl (now the state capital), in what appeared to be an extreme overreaction – and the only instance of India bombing its own people. From 2008 to this day, the anniversary of the shameful attack is observed in Mizoram as Zoram Ni. The MZP has been demanding an apology from successive Indian Prime Ministers for the bombing.

Insurgency came to an end only in 1986, with the Mizo Peace Accord, which provided for statehood and special category status. Inculcating a sense of ‘Indian-ness’ among citizens of the state was a gradual process, but for 35 years now, Mizoram has been peaceful.

In the current geo-political scenario, with the ever-present threat of Chinese aggression, maintaining stability in the northeast is of paramount importance. Nor can India afford to lose more youth to gun culture. It is incumbent on the Centre to broker a lasting compromise, in a way that neither party feels disrespected.