From two states, one vote, BJP is practically down to no vote in the two states of Andhra Pradesh and Telangana, writes V J M Divakar

The way Union ministers praise welfare and development schemes launched by KCR is something BJP leaders and cadres in Telangana are unable to digest at a time when they would like the party to strike deeper roots in the state. In Andhra Pradesh, the BJP’s situation is more pathetic. It is unable to launch any tirade against the government or the CM despite there being several burning issues
VJM Divakar 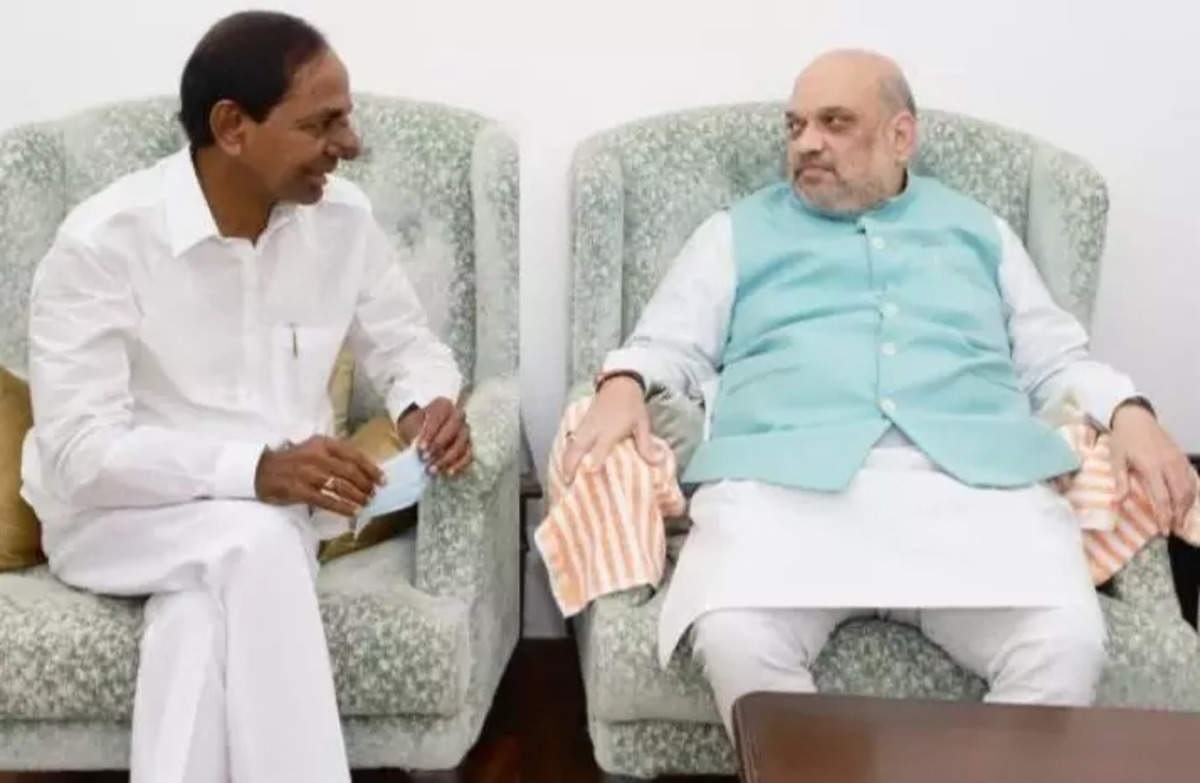 There seems to be something terribly wrong with the Bharatiya Janata Party’s tryst with destiny as far as the two Telugu states are concerned. In the former united Andhra Pradesh, the saffron party, for several reasons, had been unable to make inroads or take advantage of several opportunities to expand its base.

When NTR rode to power in the then united AP, the state BJP was the first party to prepare a public charge sheet with 100 accusations of omissions and commissions against Rama Rao’s Telugu Desam government. But after the failed coup of N Bhaskar Rao in 1984, the BJP, along with 13 other political parties including the CPI and the CPM, launched a ‘save democracy’ movement and helped NTR come back to power. The BJP has lost the plot ever since.

When united AP was being ruled by the Telugu Desam with N Chandrababu Naidu as CM, the state BJP had been a token opposition party, thanks to the alliance that the TDP had with the BJP’s national leadership like AB Vajpayee, LK Advani and M Venkaiah Naidu. Despite the fact that the BJP played a very critical role in the bifurcation of Andhra Pradesh into AP and Telangana states, like the Congress, the BJP too could neither make any gains in Telangana nor make its presence felt in AP.

Both the TRS and the TDP came to power in Telangana and AP. Since the TDP had an alliance with the BJP during the former’s first term in truncated AP, the saffron party had no chance to strengthen itself or spread its influence. In 2019 polls, the BJP had a tacit understanding with the YSRCP and helped the latter gain a huge majority. The YSRCP won 151 of the total 175 seats in AP legislative assembly, reducing the TDP to 23 seats.

In Telangana, the TRS and its supremo K Chandrashekar Rao always had the blessings of the BJP leadership at the Centre. Despite the win in the Dubbaka bypoll and becoming the main opposition party in Greater Hyderabad Municipal Corporation, the saffron party in Telangana state is still struggling to create space for itself.

The BJP raising the pitch in the Huzurabad assembly constituency, which will go to the polls this month on October 30, must be seen in this context. The party has fielded KCR’s bête noire Etela Rajender as its candidate. Both the TRS and the BJP are locked in a fierce battle there, with Union ministers like Smriti Irani and a host of other leaders leading the saffron party’s campaign. Yet, Chandrasekhar Rao’s recent visit to Delhi and his hour-long meeting with Union Home Minister Amit Shah has cast a shadow on the BJP ranks.

While the Telangana state BJP president B Sanjay has launched a tirade against KCR, claiming the latter will go behind the bars for his scams and corruption, BJP cadres are crestfallen that the party’s central leadership is maintaining excellent rapport with the TRS chief. The way Union ministers praise welfare and development schemes launched by KCR is something BJP leaders and cadres in Telangana are unable to digest at a time when they would like the party to strike deeper roots in the state.

In AP, the BJP’s situation is more pathetic. It is unable to launch any tirade against the YSRC government or Chief Minister Y S Jagan Mohan Reddy despite the fact that there are several burning issues adversely impacting Andhra Pradesh.

Key policy decisions like changing overnight the medium of instruction in government educational institutions from Telugu to English in schools and colleges, attempts to privatise the entire fisheries development, controversial content in English to Telugu dictionaries being distributed as Jagan’s gift to students highlighting Christians and showing Hindu religion in poor light, and businesses like liquor trade, sand mining and so on going into hands of YSRCP leaders are ample fodder for any political party to launch a people’s movement.

But the BJP is not in a position to take political advantage of this situation. Saffron party leaders in AP often admit in private that the YSRCP is like the B-team of their national party. All that they can do is work like an opposition party only in name.

The predicament of BJP leaders and cadres in both Telugu states is akin to what existed in united AP under the chief ministership of Chandrababu Naidu. While BJP leaders launched a tirade against Naidu government, the then deputy PM and Home Minister L K Advani had visited Hyderabad on several occasions and stayed in Eenadu Group Chairman Ramoji Rao’s Film City. Here, Advani gave Chandrababu Naidu personal audience while BJP leaders and cadre had to wait for hours for the then Deputy PM’s visit to the party office in Hyderabad.

As rightly pointed out by a senior BJP leader who was active in a united AP state, “When Modiji and Amit Shahji have wonderful rapport with KCR and Jagan, why will they want to strengthen the BJP in the two Telugu states? Both Modi and Shah prefer to spend their attention and energies elsewhere. They do not want to waste them here.”

In 1997 itself, when the separate Telangana movement was yet to strike roots, the BJP had passed a resolution at its conclave in Kakinada favouring a separate Telangana state. At that time, the saffron party had gone to the people with the slogan, “One Vote, Two States.” Yet it could not take this resolve to its logical conclusion, which proved advantageous for the TRS and disastrous for the BJP.

The writer is a senior journalist based in Hyderabad