Burning question: Why is sex still a hush-hush word in India? 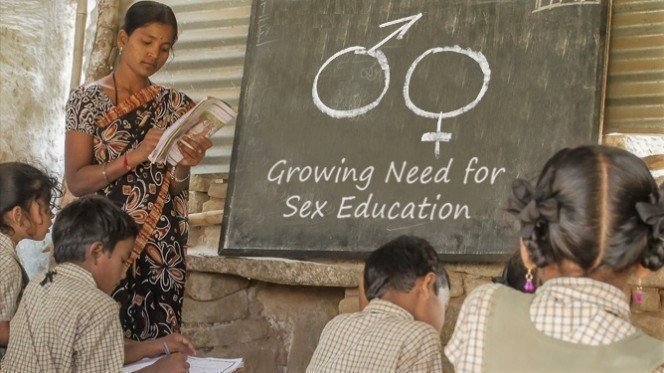 This is sheer invasion of an individual’s private space.The state has no right to dictate terms for its citizens’ sexual preferences, proclivities and needs,that too in this age of universal sexual freedom and awareness, due to the internet and social platforms.

Adult accessories or nuptial gadgets add spice to love-making, but the irrationally prude Indian society still frowns upon it and despite the fact that olisbos (apdravya or vibrators; plural-olisboi, mentioned by Sarvapalli Radhakrishnan in his book, ‘Hindu Way of Life’) was first used in ancient India is now banned in its land of origin! Vibrators have an old history. Though western scholars and sexologists give the credit to the Romans for inventing vibrators, modern research proves India to be the inventor of women’s pleasure tools. Ancient India never ignored the physical needs of a woman and understood long ago that they too needed to be sexually satisfied and also the importance of ‘going solo’ (a euphemism for masturbation).

The problem in India is that we’re made to feel ashamed for having sexual desire in a world which is increasingly dominated by celibate and partner less men who claim to be holy, nay holier-than-thou. Prudery is in the DNA of Indians. Sahir Ludhianavi aptly said, ‘Jo jismfaroshi ko gunaah kahte hain/ Raat andhi galiyon mein panaah lete hain’ (those who condemn the flesh-trade/surreptitiously visit those ‘disreputable’ alleys in the dark of the night).Today, the country of Kamasutra, Kokshastra and Anangshastra is sexually the most repressed country. ‘Modern’ Indian society’s attitude towards sex and carnality is exceedingly dubious. Moral prudes like M K Gandhi and Rajshri Purushottam Das Tandon demonized human sexuality in such a powerfully perverse manner that we’ve begun to believe that sex is the cardinal sin. The sanctity of sex has been sullied by the prudes and sanctimonious characters.

What an irony, when the uncouth Arabs were peeling off the skin of the Iranian mystic Mansoor al Hallaj in 922 for proclaiming An-al-Haq (Upanishadic Aham Brahmasmi), almost simultaneously,thekings of the Chandeldynastyin CentralIndia werebuilding the famed temples of Khajuraho and reveling in sensual pleasure by sculpting the images on the walls and interiors of those temples. Sex in ancient India was a sacred thing. Sanskrit scholar of English origin Monier Williams and the Indologist A L Basham stated in his book, ‘The Wonder that was India’ that ‘Kama was the lifeline of Indian consciousness.’

In the 15th century, when the Lodhi kings ruled Delhi, a sex manual called Ananga Ranga (Anannga: Cupid or Kaamdev) was written. Its purpose was very different: It taught men how to satisfy their wives so the latter remained faithful in the marriage. The story goes that a naked woman once walked into the king’s court and asked if there was any courtier who could satisfy her sexually. Koka Shastri was the man who succeeded in the endeavour. The king was pleased and asked Koka Shastrito draft a manual on ways to fulfill women’s physical needs.

Such a sexually advanced Indian society developed a muddled attitude and approach towards sex only after the foreign invasions of Muslim invaders and Christian missionaries. ‘An enslaved country and its people lose all their perceptional moorings and liberal values by assimilating the ethos of the rulers.’ Exactly the same has happened to us. Islam’s conservative scriptural understanding of sex, Biblical orthodoxy and Victorian morality turned sex into a taboo. That taboo still persists.This explains why a marvellous magazine like Playboy is still not available in India though it’s not just famous for its centre spreads but also for its perceptive articles, book and film reviews and also for the most perspicuous interviews. The same dismal fate befell the now defunct Debonair (1972- 2015). It was never accepted by prudes and its readers were branded as lecherous priapics by ‘morally upright’ and hypocrite Indians. In such sexually repressive and oppressive climes, how can we have a balanced attitude towards sex?

So, instead of confiscating sex toys,it’s time to educate people on the issues of human sexuality and make sex education mandatory.