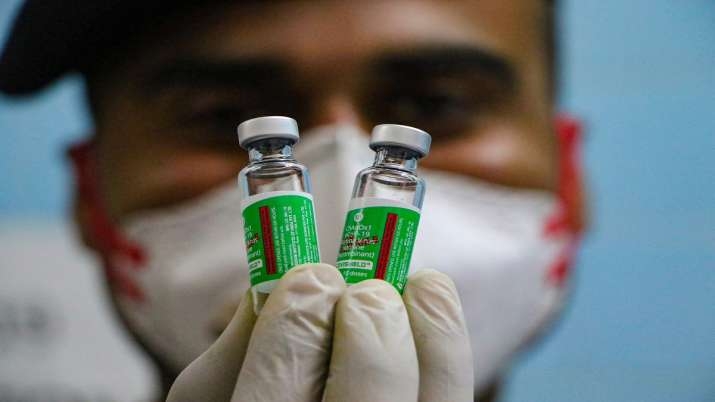 India ended August with two new vaccination records. Both were achieved on the same day, August 27. On that day, over one crore Covid vaccine doses – 1.07 crore to be exact – were administered on a single day. With that spike, India also crossed another significant milestone, that of having managed to administer at least one dose of the vaccine to 50 per cent of the eligible population.

The government has, understandably perhaps, been touting these two milestones as significant achievements. Without taking away anything from the massive feat of planning, logistics and execution that these milestones represent, it must also be noted that these milestones come with certain conditions and disclaimers. Take the one-crore doses per day milestone. The days immediately following the record surge have seen a sharp drop in numbers. This is now part of a familiar pattern.

In June and July, too, we witnessed a sharp spike on a single day, followed immediately by a sharp drop. And the states which contributed the most to the spike have usually seen the sharpest fall in vaccinations immediately before and after the day of the record, leading one to believe that the surge was intended more to make headlines rather than indicating any sustained increase in vaccine delivery capacity.

The Covid virus has been an exceptionally difficult foe to tackle for healthcare officials everywhere. While much progress has been made in developing vaccines – India now has three approved vaccines and approvals for three more are in the works – the vaccine has also changed with time, with newer variants proving both more infectious and less effectively tackled by the existing vaccines.

Furthermore, newer variants have also started attacking those previously considered more immune to the threat of the disease, particularly children and young adults in the sub-18-years age group. All this calls for quick responses and flexible changes in the vaccination policy to deal with new challenges as they present themselves.

Unfortunately, these have been slow in coming, leading to avoidable delays, gaps in vaccination and lack of access for many, even though the Supreme Court had flagged issues like differential pricing, mandatory online registration leading to denial of service for those without digital access, as well as an opaque procurement and allocation strategy. For instance, recent data has revealed that private hospitals procured less than 10 per cent of the 25 per cent quota allocated to them, while many states hit hurdles in their vaccination drives due to stockouts.

Vaccine allocation has also followed a rigid pattern, without taking into account usage, disease incidence and wastage. For instance, Maharashtra and Kerala have been among the most efficient states in utilising their vaccine allocations, even as they also happen to be the states with the highest caseloads. It would have made sense to divert more doses to states which were battling a surge in infections, away from those which had either low incidence, were faltering in their vaccination drives or reporting high wastage. The policies have now been tweaked to address some of these concerns but much precious time has been lost.

Vaccine makers, on their part, also cannot afford to rest on their laurels. With newer variants emerging rapidly, efforts have to be stepped up to develop effective counters against the new strains. Shortages of vaccines and money have also led to creation of gaps, with larger parts of the population vulnerable. India, for instance, currently mandates an 84-day gap between the first and second dose, the longest in the world. While this helps cover a larger number with at least one dose, by now, it has been well established that a single dose affords only minimal protection.

There is also the nagging issue of a possible booster dose for those vaccinated early. India started its vaccination drive for healthcare and other frontline workers on January 16 this year. With the second dose initially having been administered after 28 days, this means that a significant number of frontline workers, who continue to be at high risk of breakthrough infections, require a possible booster dose soon.

All this calls for an urgent review of the vaccination policy and a massive step-up in procurement. The benefits of even partial vaccination are already visible, with the GDP growth for the first quarter of the current fiscal accelerating to a record 20.6 per cent. The Centre needs to move expeditiously to remove all roadblocks – financial or supply-related – to ensure universal vaccination, which in turn will spur economic activity and growth.