FPJ EDIT: The impeachment drama in US 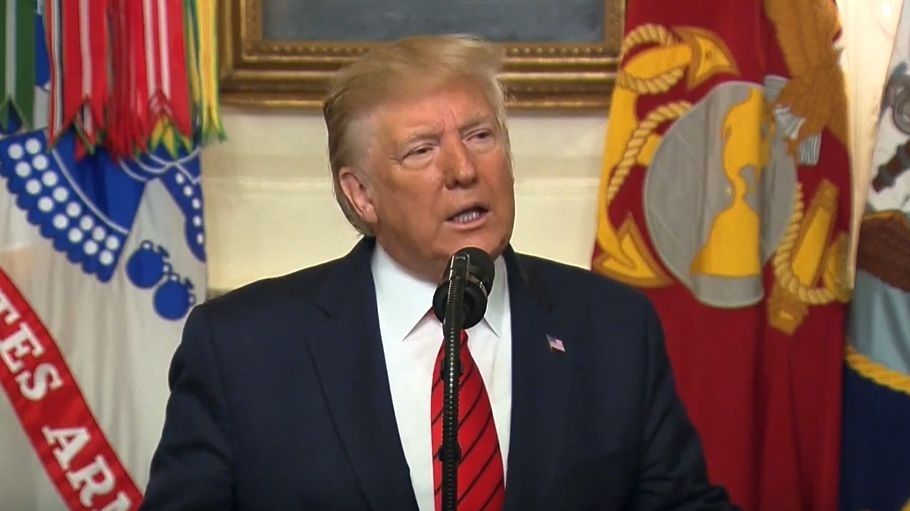 Most Indians are quick to despair of their politicians. Politicians everywhere seem to be the same, behaving in less than wholesome manner. Always. For evidence, turn on your television sets and watch the most acrimonious impeachment proceedings against Donald Trump. There is not even a pretence of an orderly trial. The founding fathers had enjoined upon the Senators to conduct themselves as impartial jurors during the course of the trial. The Chief Justice of the US Supreme Court, no less, chairs the impeachment proceedings, though his rulings are subject to the majority of jurors, nay, partisan Senators, actually now. The Senate sets its own rules, subpoenas witnesses, official records and other material deemed necessary to reach a fair and just conclusion. However, what has been witnessed is anything but impartial. On Tuesday when it began, it was reduced to a verbal joust, with the winner to be determined by the force of numbers not the potency of evidence or the enormity of the proven charges against the president. Since the Republicans are 53 as against 47 Democrats, Trump is sitting pretty, confident of putting behind what he calls the ‘impeachment hoax’. Admittedly, both the Republicans and the Democrats are using the proceedings with an eye on the coming presidential poll later this coming November. But what has come as a real shock is the brazen manner in which the Senate majority leader, Mitch McConnell, has gone about setting the ground rules for the impeachment. He had the temerity to state openly that he would organize the impeachment proceedings in close coordination with the White House. This makes a complete mockery of the impeachment process. It was akin to a judge openly taking sides with the accused. Keen to hurry through the process and absolve Trump of any wrong-doing, despite the clinching evidence unearthed by the House Democrats and subsequently by media investigations, he has compressed the proceedings to a few short days. And ensured that the Americans don’t get to watch much of the sordid drama in the Senate since each day’s proceedings will extend well past midnight. Again, he has ruled out calling witnesses, some of them members  of the Trump Cabinet till very recently and privy to the unseemly goings-on in the White House. Shorn of partisan politics, the case against Trump is pretty straightforward － and impeach-worthy. He withheld crucial $400 billion in aid appropriated by the Congress for Ukraine until the latter announced a corruption investigation against former US Vice President Joe Biden, a front-runner Democrat likely to challenge him in the coming presidential race. Using the security aid, vital for Ukraine to repulse the Russian-aided armed attack on its eastern border, as a pressure tactic, Trump told the newly-elected Ukraine President Volodymr Zelensky to order the investigation before he would release the aid and invite him to the White House. A whistle-blower complained, thus triggering a chain of events leading to the impeachment by the Democrat-led House of Representatives.

Withholding aid to Ukraine until it ordered investigation against Biden was a clear attempt to seek foreign influence on the American presidential poll process. The other count on which he was charged was obstruction of the impeachment proceedings in denying  official records and preventing  subpoenaed witnesses from appearing before the House. Calling the impeachment proceedings a hoax, Trump regularly spews vile invective against Democrats. His base of what Hillary Clinton had dubbed ‘deplorables’ probably does not care about the impeachment, but in recent days, public opinion seems to be turning, with 70 per cent of the Americans disapproving of a rigged Senate trial and the consequent cover-up. Even if three or four Republicans break ranks for the sake of a semblance of fairness in the impeachment proceedings, it is certain that Trump would be acquitted. Democrats hope it would have done enough damage to his re-election chances, while the Republicans hope that by rushing through the proceedings they would have limited the damage. Meanwhile, an early end to the impeachment drama would ensure that Trump can keep the scheduled visit to India next month. Modi, too, may look forward to a high-profile guest, given that it would help take the public focus away from the on-going anti-CAA protest, and also in burnishing his domestic image.