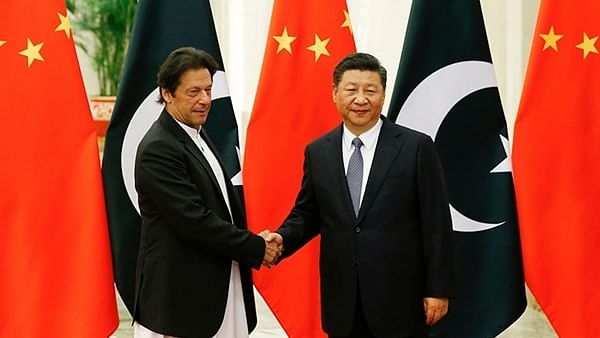 True to form, Pakistan’s anti-terrorism court has indicted four close associates of the 2008 Mumbai terror attack mastermind Hafiz Saeed on grounds of terror financing on the eve of the crucial meeting of the Financial Action Task Force (FATF) which is due through video-conference later this month. Typically, this is a familiar eyewash to throw wool over the eyes of the FATF members who have been clamouring against Pakistan for fuelling and abetting terror as an instrument of State policy. The cold reality is that Pakistan’s responses on terror are dictated behind-the-scenes by the army establishment while the civilian government led by Prime Minister Imran Khan is rendered superfluous. All claims by the government that it is in effective control are proven false in a country where all the shots are called by the army establishment while the accountability is that of the civilian government. In the last plenary of FATF a year ago, it was China, Turkey and Malaysia that had rescued Pakistan from being blacklisted for money laundering and abetting terror while all other member-states were arrayed against Pakistan. This time around, the hawkish then Malaysian Prime Minister Mahathir Mohammad has been forced to quit as premier and there is no knowing whether his successor will be as soft on Pakistan as him. Besides, China is the object of worldwide derision for being the originator of the COVID-19 pandemic and as the current president of the FATF it will be under great moral pressure to not let its protégé Pakistan get away with the dubious tag of terror financier.

Significantly, the 228-page report of a committee appointed by the FATF titled "Mutual Evaluation Report 2019" will be one of the yardsticks for the scrutiny at the Paris meeting of the financial watchdog. In the report, in the 10 effectiveness ratings, Pakistan was found "low" in nine areas and "moderate" in one. Of the 'technical compliance' parameters, the country was found "compliant" in only one, "partially compliant" in 26, "largely compliant" in nine, and "non-compliant" in four. Sitting in the President’s chair, China would find it difficult to not pay heed to FATF’s own report. If means are not found to push Pakistan to take genuine, meaningful action, the FATF would face a credibility crisis and China would be hard put to explain its bid to ignore the overwhelming demand to blacklist Pakistan. For a country that is seen to be desperate on being perceived to be a super power, Beijing’s defence of Pakistan would not fit in with its obstructive attitude at FATF. Indeed, China would have to think hard when Islamabad’s record in terror is a dubious one.