FPJ Edit: Need for caution in linking of Aadhaar 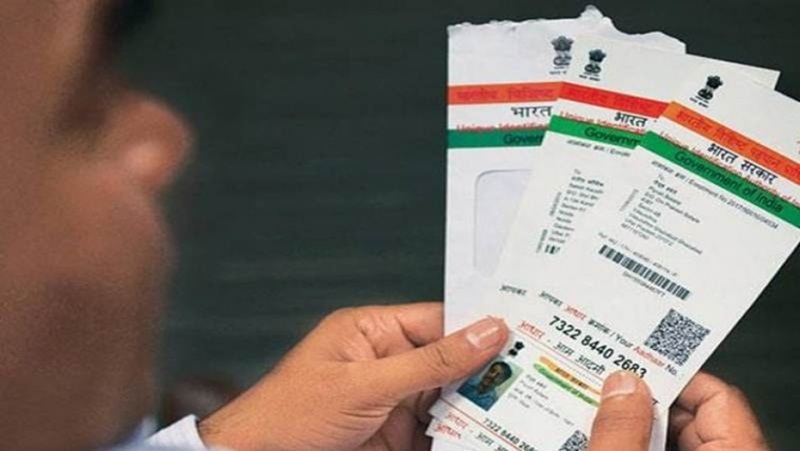 It is disturbing that one of the most important amendments to our election laws was passed by both the Lok Sabha and Rajya Sabha by voice vote amidst unruly scenes, disruptions and, in the Rajya Sabha, a walk out by the Opposition which rendered the discussion on the Election Laws (Amendment) Bill, 2021, infructious. Our lawmakers are failing both their constitutional duties and their responsibility as elected representatives to their constituents by failing to adequately discuss, debate and examine in detail important legislations and ensure that all points of view are considered before a law is added to the statute book. With the Bill to allow the interlinking of Aadhaar with the Election Commission's voter identity database now only requiring the formality of Presidential assent to become law, it may be futile to discuss the pros and cons of the amendment. However, the manner in which this legislation – like many other important Bills earlier – has been rushed through using the government's brute majority in Parliament, and without heeding to the Opposition's demand for scrutiny by a joint select committee of Parliament, does raise some questions.

While some of the amendments – like making the language of the Representation of People Act (RPA) gender-neutral – are unobjectionable, the controversy is to the major changes brought about to section 23 of the RPA. The new clauses authorise electoral registration officers to collect the Aadhaar numbers of people applying for inclusion in the voters list “for the purpose of establishing identity”. EC officials have also been authorised to seek the Aadhaar number from people already in the voters' list “for the purposes of authentication of entries in electoral roll and to identify registration of name of the same person in the electoral roll of more than one constituency or more than once in the same constituency”. The government has argued that while the furnishing of Aadhaar details will be “voluntary”, past experience with Aadhaar – which has gone through multiple iterations of “voluntary” and “mandatory” for everything from acquiring a mobile SIM card to opening a bank account to filing one's tax returns, creates a trust deficit on this front. The idea of seeding the Aadhaar database into the electoral rolls is not a new one. In fact, the Election Commission had already tried this on a pilot basis in some states. Infact, during the debate in Parliament, a YSR Congress MP alleged that a pilot exercise in erst while Andhra Pradesh had led to the disenfranchisement of 3 million voters. That exercise was halted by a Supreme Court order. The SC ruling in the Justice Puttaswamy case which held the right to privacy as a fundamental right and prohibited the government from using Aadhaar as a basis for denying access to its services. However, the Court also recognised that the right to privacy was not absolute but allowed for restriction where this was provided by law, corresponded to a legitimate aim of the state and was proportionate to the objective it sought to achieve. The government has argued that the amended law meets both the aim test and the proportionality test.

It is no one's case that India's electoral rolls are perfect. In fact, every election routinely throws up huge numbers of missing names, multiple registration of the same voter in different constituencies, flawed entries which lead to mismatches with ID documents and end up preventing voters from exercising their ballot and other inaccuracies. Using a biometrics-based identity like Aadhaar, therefore, becomes an attractive proposition. However, there are legitimate concerns over privacy. India currently has no data privacy law and the proposed new data privacy law has been widely criticised for giving the government too much discretionary power and lack of adequate checks and balances. Without adequate safeguards and a widespread perception of a lack of strong enough 'Chinese walls' between constitutional entities such as the EC and the elected arm of the government, legitimate fears of misuse and abuse are raised. Many Opposition leaders have expressed fears that such a linkage might lead to selective delivery of benefits and programmes based on voting patterns. There are also question marks over the technological back-end of the system. No technology is fool-proof and no database can be guaranteed to be safe from hacking. There is also the question of fraud. In 2020,the government admitted for the first time, in response to a query in the Rajya Sabha, that the UIDAI had cancelled over 40,000 “fake” Aadhaar cards as of August 2020. There are also multiple instances of other issues with Aadhaar identification, including inability to read biometrics and so on. The law may have empowered it to do so, but the government would be well advised to proceed cautiously and ensure that there are adequate checks and balances in place, as well as a quick and accessible redressal mechanism in place before rolling this out in practice.