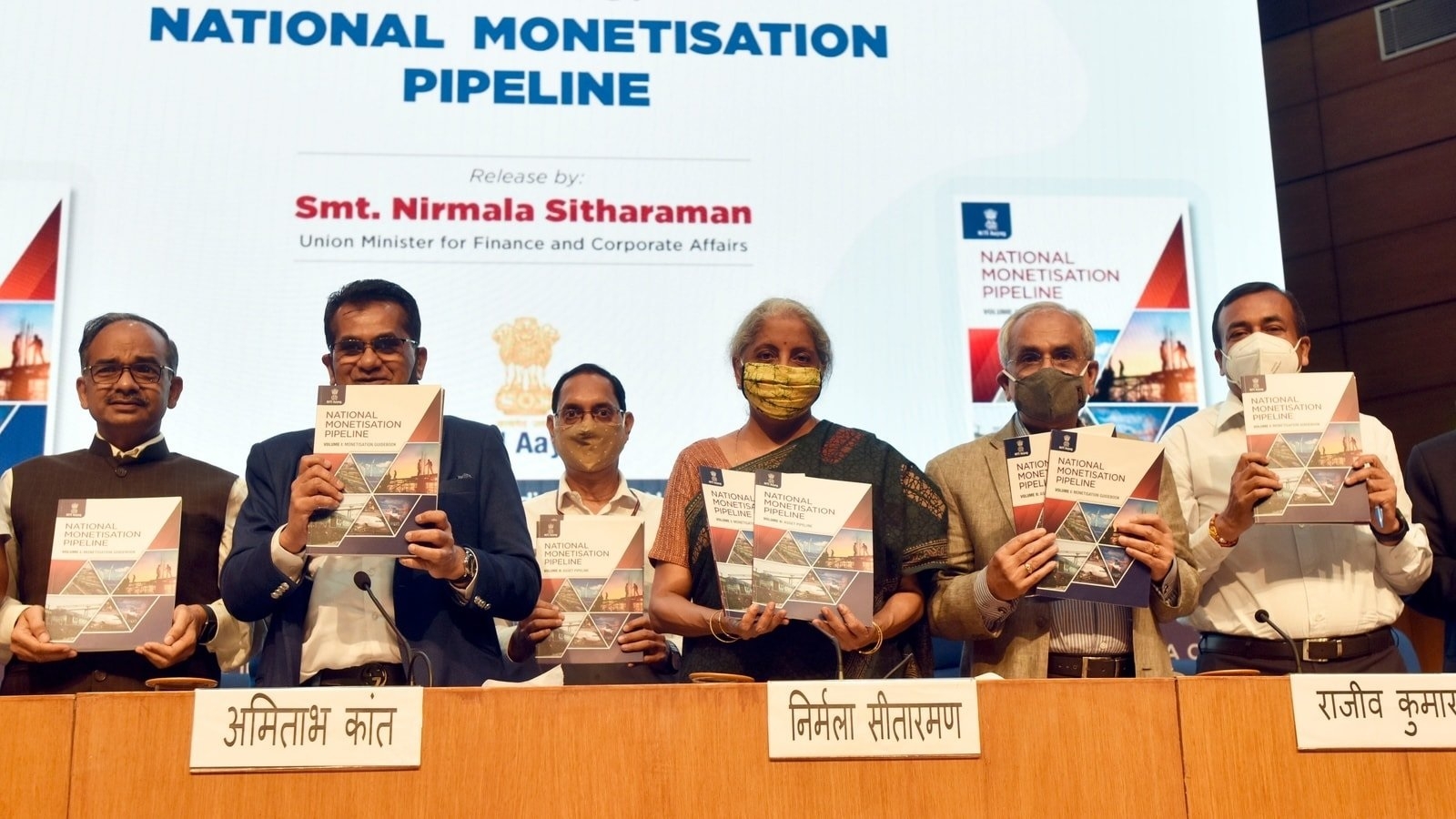 The Narendra Modi government does not believe in small numbers or incrementalism. The National Monetisation Pipeline (NMP) unveiled on Monday checks the boxes on both size and scope. Valued at an estimated Rs 6 lakh crore spread over four years, the NMP is the government’s most ambitious attempt yet to unlock value from existing infrastructure and brownfield projects. While so far the focus had been on disinvestment – whole or partial sale of government-owned assets and undertakings to the private sector – this time around, the attempt is to co-opt the private sector, by transferring to them the earnings rights from such assets, while retaining the ownership of the asset with the government.

As per the NMP roadmap unveiled by the finance minister, the major monetisable assets will be from the roads and power sectors, as well as the railways, which together will account for nearly two-thirds of the assets on offer. The remainder is from aviation, ports, telecom, mining, natural gas and petroleum product pipelines, warehouses and sports stadiums.

The assets in the pipeline include redevelopment of 50 railway stations, 150 passenger trains for private sector operation, the power transmission grid assets of Power Grid Corporation of India, oil and natural gas pipelines owned by GAIL, IOCL and HPCL, as well as the equity stake of Airport Authority of India (AAI) in the joint ventures that operate Delhi, Mumbai, Bangalore and Hyderabad airports.

Further, half-a-dozen regional airports will be privatised. In addition, 26,700km of road and expressway projects, 6,000MW of renewable power assets, 2.86 lakh km broadband fibre network assets and 14,917 towers owned by BSNL, MTNL and Bharatnet as well as other assets of government and PSUs have been identified as part of the NMP.

The NITI Aayog, which prepared the NMP, is confident of its success, since it says the projects have been “de-risked” from an investor’s point of view. Finance Minister Nirmala Sitharaman has stated that the NMP is about “brownfield projects where investments have already been made, where there is a completed asset which is either languishing or it is not fully monetised or is under-utilised.” She has argued that by bringing in private participation, the government will be able to unlock value without relinquishing ownership, thereby releasing funds for further investment in infrastructure building.

While on paper this sounds like a win-win for all concerned, there are many proverbial slips between the cup and the lip. First of all, as past experience, particularly in the insolvency and bankruptcy resolution process has shown, even state-of-the-art functional assets have realised only a fraction of their value in the market. To that extent, the Rs 6 lakh crore target may turn out to be an aspirational one.

In fact, the target for the current fiscal, with half the year gone, is a stiff Rs 88,000 crore, as per media reports. Given the fiasco of past disinvestment efforts, it is debatable whether the government machinery can move with the alacrity required to make these sales possible. There is also a reason why the assets listed for monetisation figure in the list in the first place – they are either unutilised or underutilised. Public sector inefficiency is only partially responsible for this. Market conditions and technology used also play a significant part, and it is a moot question whether the private sector will be able to bring in additional efficiencies on a scale to make them profitable.

By removing ownership from the picture, most of the potential for controversy, centred around “selling the family silver” and transferring government land into private hands, has been nipped in the bud. But that does not take away the need for transparency and openness in the way these assets are monetised. The bidding process and the terms of ownership and operation must be made public to ensure that the private operators extract fair value from these assets and not sweat them so that the government is returned a worthless ‘asset’ at the end of the lease period.

The lack of independent sectoral regulators in many sectors is another hurdle since we are talking about publicly-owned infrastructure here, created out of taxpayer money. Issues related to pricing, dispute resolution, quality of service etc become crucial when these are handed over to private operators, and an independent regulatory mechanism is best suited to address these.

Finally, the government needs to be transparent about how the proceeds of this monetisation exercise are utilised. It is critical that such funds are used for additional capital formation and not treated as extra revenue used to meet contingencies and expenses. There has been much talk of creating a sovereign wealth fund with disinvestment proceeds, which will invest in future-proofing the economy. The NMP programme provides an apt launchpad for such a plan.