FPJ Edit: Mumbaikars toss sweaters back in the closet as temperature rise, is it global warming or...? 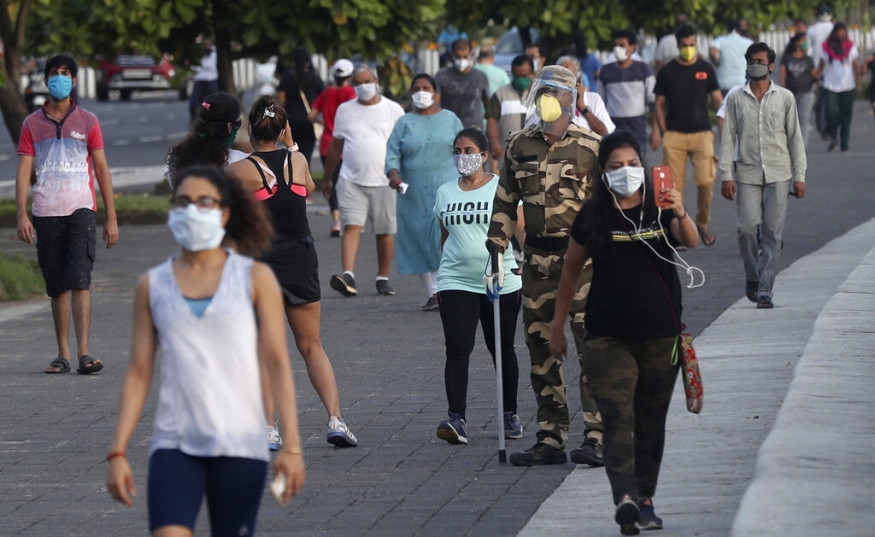 The slight chill – ‘gulabi thandi’ – that Mumbai experiences around Christmas and New Year has vanished. Morning walkers have already discarded their sweaters and soon it will be back to sweat shirts. It’s a pattern Mumbaiites are now familiar with; a steady rise in temperature from mid-January itself, which then shoots up in March and touches 40° Celsius by the time monsoon arrives in mid-June. In fact, from April to June, and then from October to November, there’s no relief even during the night. One can blame it on the usual suspect, global warming, but that’s not the entire truth. The culprit here is not the natural environment as much as the man-made environment – the concrete jungle – which creates heat islands or localities that are substantially warmer than their surroundings. Our governments, which had a most lackadaisical attitude to such things – after all, mantris and babus are accustomed to air-conditioning –are now acknowledging this reality.

This Christmas Day, the report of the UN’s Intergovernmental Panel on Climate Change (IPCC), 2021, was tabled in the state assembly and it confirmed what most environmentalists have been saying – and what Mumbaiites have been experiencing – for decades: Major parts of Mumbai have seen a temperature rise of approximately two degrees C between1991-2018 and that is because almost the entire Mumbai region has become an Urban Heat Island (UHI) as a result of increased concretisation, destruction of wetlands, degradation of mangroves and depleting greenery. Other studies say that in these 27 years, the built-up area of the city has risen by 66 per cent. According to the IPCC report, parts of Pune have experienced about three degree C temperature rise between 2001-2016. UHIs have higher daytime temperatures, which contribute to flash floods and unseasonal showers besides causing reduction in groundwater levels.

According to an IIT-Mumbai study on the UHI effect in Mumbai, the surface temperatures during summer in crowded central suburbs such as Kurla and Andheri east, can be eight to nine degrees Celsius higher than in other parts of the city. Mumbai records lower temperatures on the peripheries and coast, but is “highly heated in the centre”, says the study by Aparna Dwivedi, M V Khire and B K Mohan at the IIT Bombay’s Centre for Studies in Resources Engineering. Kurla and Andheri east not only lack open spaces and greenery, they are also on the periphery of the airport, with its massive paved surface of the runways, notes the IIT study.

Urban heat islands are not only hotter than surrounding areas in the day but also in the night. This is because the tightly packed concrete buildings, asphalt roads, paved compounds and not to forget the thousands of cars parked in the open, collectively form a giant reservoir of heat that drains out gradually after sunset.

The urban heat island phenomenon has been studied extensively in the West and mitigation measures taken but we have been living in denial. Look a tour infatuation with glass façade buildings which Europe uses for trapping the scant sunlight. In the tropics the same structure gets so hot that it takes a lot of electricity to cool it. A study by the Institute of Science, Bengaluru, showed that glass buildings consume ten times as much power as the normal ones. In fact, the IIT Bombay study found that glass-clad structures in the Bandra-Kurla Complex were emitting surface temperatures of up to 56° C in peak summer.

Heat islands worsen heat wave conditions which lead to sleep deprivation, heat cramps and increased mortality rates. They also exacerbate haze formation which causes respiratory disorders. According to Akshay Deoras, an independent meteorologist, the discomfort due to the heat island effect is often amplified in Mumbai due to the high humidity. For instance, he says, during October, the heat index in the city often touches 45° C even as the actual maximum temperature might behovering around 35° C. This is because the relative humidity in the city can be at 60 per cent. All the heat island studies stress that Indian cities need to introduce building codes that ensure inhabitants are protected from extreme temperatures. Building bylaws should include passive ventilation but the reality is that our architects have forgotten cross-ventilation. Cool roofs ought to become the norm. These are roofs designed to reflect more sunlight and absorb less heat than a standard roof through use of a highly reflective type of paint, a sheet covering, or highly reflective tiles or shingles.

Pertinently, the Taj Mahal and many Indian palaces used water channels running through the walls for cooling. This principle of radiant cooling is now being used in office complexes such as the Infosys tower in Hyderabad. Citizens should be encouraged to grow creepers and curtains of vegetation outside their windows, even kitchen gardens on the terrace. Instead, many housing societies in Mumbai have banned window gardens. Greenbelts around cities, for wind paths, would allow the passage of exhaust heat from urban air conditioners and automobiles. However, every square inch of space is sought to be built upon. Mumbai plans commercial complexes in its vacant octroi posts.

Environment Minister Aaditya Thackeray was present when the report was unveiled in the state assembly. Acknowledging that climate change is no longer a prediction but a reality, he said that it was time to act. Not only Mumbai, nearly every district in Maharashtra has recorded extreme and untimely rainfall in the last five years, with half the districts reporting five to seven such incidents. In all, 175 incidents of extreme rainfall events in31districts and189 incidents of untimely rainfall in 36 districts have been recorded in the last five years besides a four-time rise in extreme drought events (increasing to 79 in 2010-19 from 23 the previous decade and 17 in 1990-99). The state has spent over Rs 21,000 crore in compensation and drought relief works taken up during disasters caused by events such as flash floods, unseasonal rains, cyclone, hailstorms and landslides, the report said. Part of this money could well have been spent in countering climate change and the UHI effect. 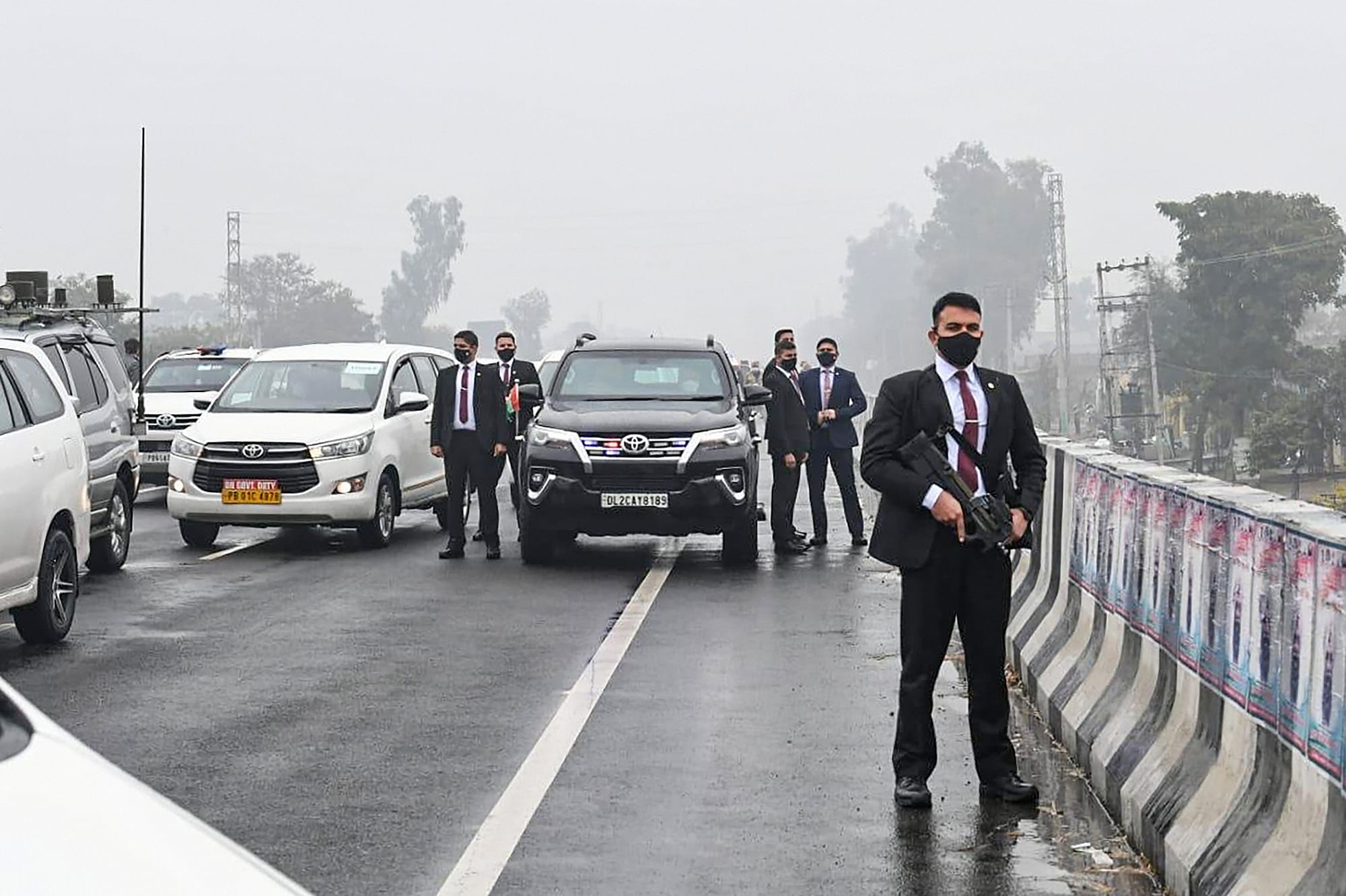 FPJ Edit: Sadly, much ado about nothing in Punjab