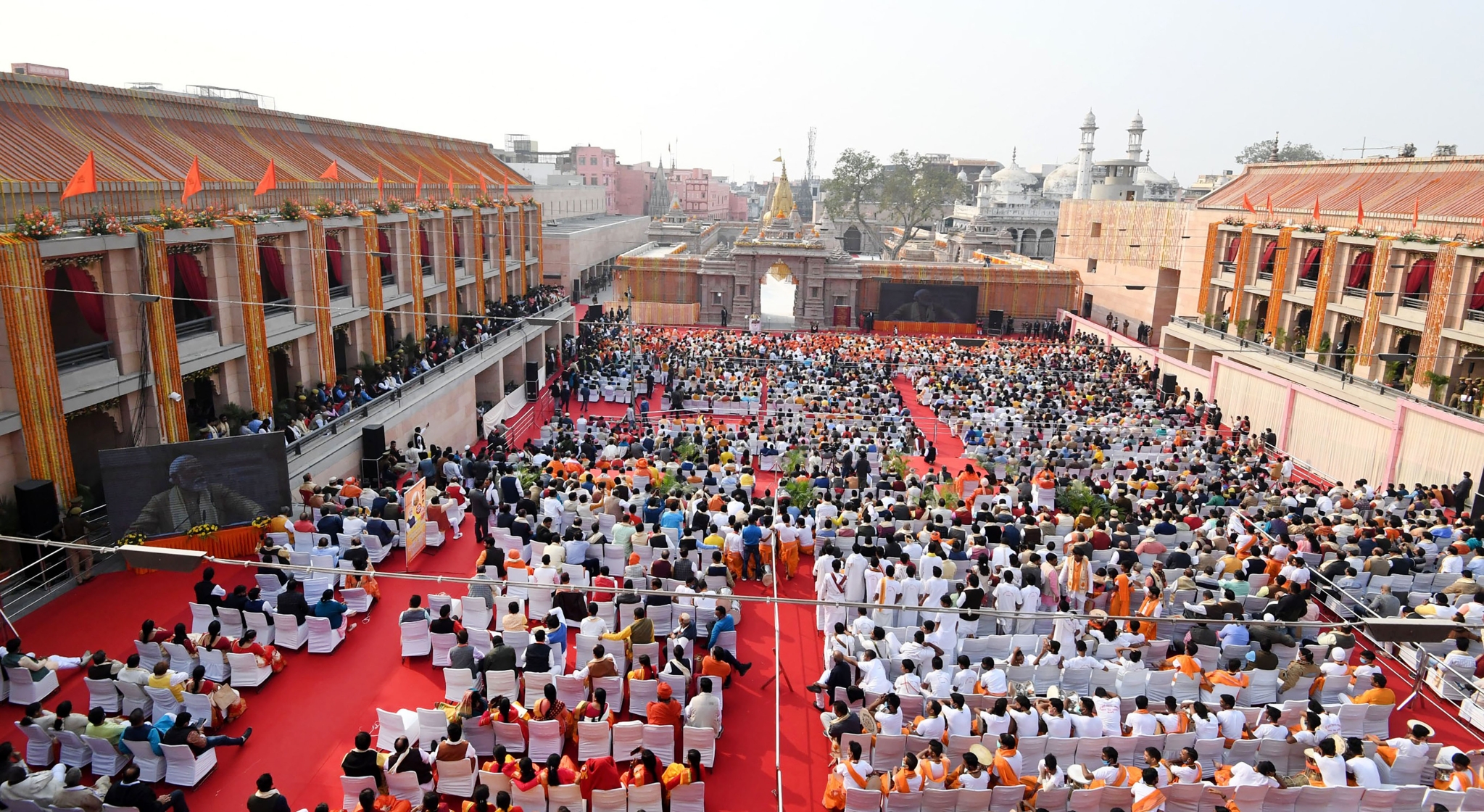 The grand spectacle of religiosity on the occasion of inauguration of Kashi Vishwanath Dham Corridor might have created an impression among the masses that India is developing fast. At the carefully orchestrated show to ensure that Prime Minister Narendra Modi remained the cynosure of all eyes, a conscious attempt was made to weave the Hindutva narrative with the thread of development. The Prime Minister himself explained how the India of today meant a combination of religious pride, infrastructural growth and welfare schemes. But this lofty rhetoric artfully concealed some critical aspects of today's national reality. While the natural social and cultural heterogeneity of India was missing from the framework of reference, the indisputable fact of economic mismanagement and rising unemployment was sought to be hidden from public gaze.

This Government never concedes economic distress caused by its policies and mismanagement. While there are no signs of V-shaped recovery that ministers often boast of, the grave employment scenario has begun to create social unrest in many states. Only yesterday when the Prime Minister was sermonising on laying optical fibre in the sea and space programmes, news about disturbing retail inflation was troubling the experts. There was a wide consensus among global observers that post-Covid politics will focus on healthcare and other substantive issues. States like Uttar Pradesh where the oxygen crisis played havoc with the citizens and bodies floating on the river attracted international outrage required constructive politics. But the BJP has instead relied on a massive publicity blitz to drown the disconcerting ground reality and is in overdrive to whip up religious passions. Amidst the talk of opening medical colleges in every district, there are no indications of change in political attitudes. Nobody in India expected dramatic changes but some fine-tuning was expected. It is natural to expect public discourse dominated by real concerns of the people in post-Covid phase. But the opium of religiosity dominates. Last few weeks have seen a spurt in the temple-driven rhetoric. A pre-Covid Yogi is the same as post-Covid Yogi. The same can be said about the Prime Minister and the entire governance culture. Modi continues to project himself as the ultimate Hindutva mascot instead of a diehard protector of constitutional values.

Modi has done this in the past as well, keeping himself in the centre of the foundation-laying ceremony of Ram temple in Ayodhya and portraying the development as a symbol of India's emergence. No other Prime Minister acted like a protagonist of Hindu nationalism. They tried their best to demonstrate respect for every religion and remained conscious of the tenets of the constitutional scheme of Indian nationalism. Even Atal Bihari Vajpayee, the first Prime Minister from the RSS-BJP clan, avoided crossing the Lakshman Rekha. But Modi is clearly working to a plan, showing the nation whatthe RSS meant when it dwelt on cultural essentialism. Leaders like Modi and Yogi Adityanath participate in Hindu functions alone and throw subtle and crude hints of religious and cultural dominance which is a new reality in the country that still pretends to be secular. Modi and Yogi rarely use metaphors that reflect multi-cultural and pluralist essence of Indian life. Though it is difficult to de-link the events from the impending assembly election in Uttar Pradesh, it will be naïve to ignore the larger political agenda of the Sangh Parivar to create a Hindu Rashtra. Slowly, bit by bit, they are trying to normalise the culture of Hindu dominance and the Prime Minister, who has taken oath of the Constitution that guarantees equality of religions, is the prima ballerina in this orchestra.

The media and the BJP create much noise when Rahul Gandhi visits temples. They ignore the vital fact that Rahul never uses the political language of dominance and is frequently seen in places of worship of other religions as well. He recently said a true Hindu respects all religions. Most other opposition leaders are religious but they don't resort to antagonistic posturing towards other religions. These leaders never decry secularism or create hurdles in the process of secularisation of society. Minority appeasement is the pet aversion of RSS-BJP leaders and supporters and they never demand constitutionally-mandated equality instead of Hindu dominance. Propaganda of the most pernicious kind against the minorities, particularly Muslims, has been witnessed over the last few years, ever since Modi took control of the polity. India needs to seriously examine the consequences of this radical socio-political transformation. Imposition of cultural uniformity is easier said than done. This transition is neither desirable, nor feasible.