FPJ Edit: India is to be run by the Constitution, not by Ajay Mishra and M L Khattar doctrines 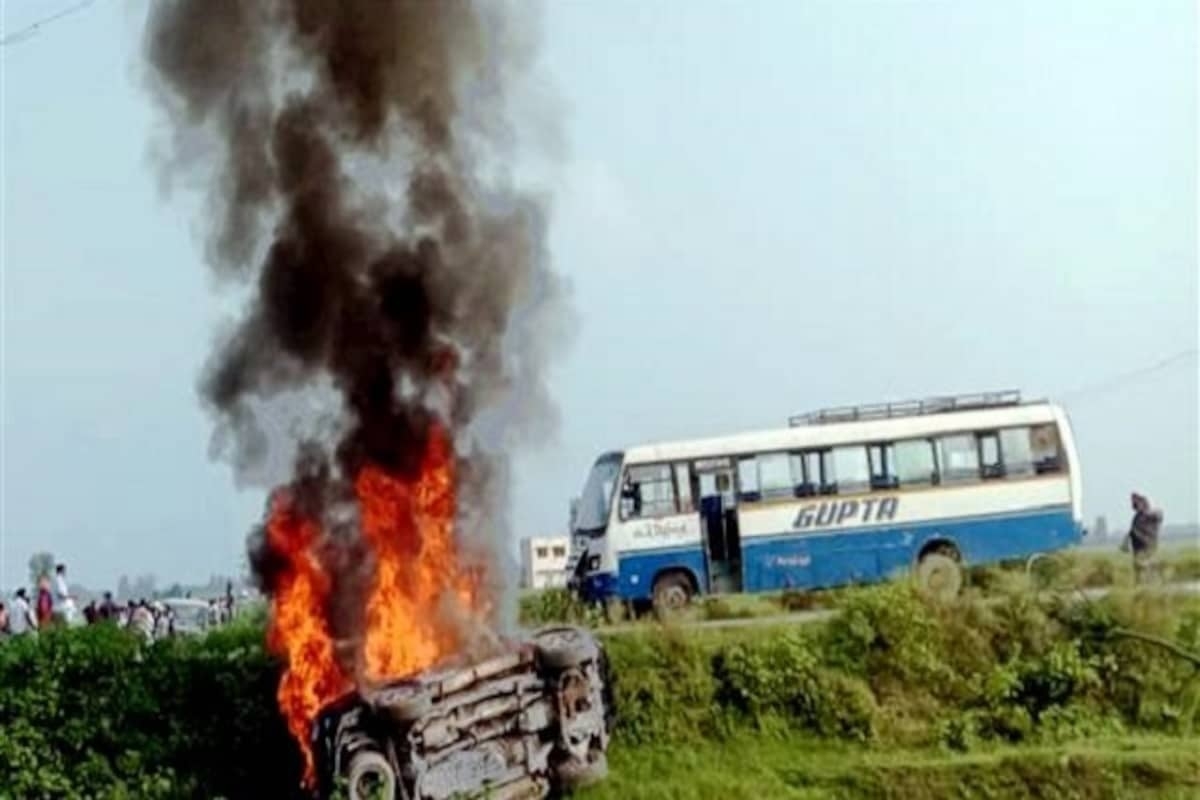 The danse macabre in a village in Lakhimpur Kheri district of Uttar Pradesh on Sunday afternoon doesn’t only point to a horrendous crime. It symbolises the rot in the political system. It shows how criminalisation of politics has reached disturbing proportions and politicians are now willing to kill off citizens like animals if they stand in their path.

We used to hear horror stories of mafia operations once in a while; that people were deliberately mowed down or shot dead for showing defiance. But what happened in Uttar Pradesh is unbelievable: the person who is accused of running over farmers is the son of Minister of State for Home Ajay Mishra. Let it sink in, the son and supporters of a Central minister, who barely a day before threatened to teach the farmers a lesson, are accused of knocking down farmers for showing black flags!

This is criminality of the worst kind. This is barbarism in politics. This is moral turpitude. This is an attack on democratic culture of the country. This mindset, if not tackled firmly, will ruin this nation. Though the minister and his son have forcefully denied their involvement and mounted a fierce attack on the farmers for attacking their supporters and killing a few, they didn’t care to offer one word of remorse for the death of the four farmers. They didn’t explain how the farmers were killed and injured. Is that how a Central minister behaves? Worse, Prime Minister Narendra Modi and Home Minister Amit Shah didn’t utter a word on the ghastly incident.

Irrespective of who is guilty, such a disturbing incident, which triggered a massive political storm, is completely ignored by the government and the ruling party. This is a bad omen for the country. This is like an evil desire to dance on the grave of democracy. And as if the absence of healing touch and sense of remorse are not bad enough, the crackdown on key opposition leaders trying to visit the families and console them demonstrated an insensitivity that India is not known for. Power politics must not contribute to brutalisation of souls. Power is ephemeral; societies and culture have to survive. The land of Buddha and Gandhi must preserve empathy no matter which political persuasion rules.

Why the Lakhimpur Kheri incident cannot be delinked from politics is because the farmers’ movement has been handled by the BJP with crudity and callousness. Can you imagine a Central minister, the same Ajay Mishra whose son is an accused in Lakhimpur crime, telling people publicly that farmers could be taught a lesson in two minutes. He also said they would have to leave Lakhimpur if they challenged him. And he is not the only one to have threatened the farmers.

Haryana Chief Minister Manohar Lal Khattar was seen in a video shamelessly asking BJP workers to form groups of 500-700 volunteers in every district, take up the lathi and start tit-for-tat retaliation. He told the BJP workers not to worry about going to jail as they will become bigger leaders if they spend two-three months there. Farmers have been relentlessly protesting against the BJP leaders in Haryana and Punjab for several months now but that doesn’t mean the chief minister should advocate a violent retort. It is really tragic that such persons hold high constitutional offices.

The problem is definitely at the political level. The BJP has sought to malign the farmers’ movement from the very beginning. First, they tried to blame the Sikhs and brought in the Khalistani angle. When that failed because farmers from Haryana, western Uttar Pradesh and other parts of the country raised the temperature, they wove stupid stories of China, Pakistan and a terrorist angle. The peaceful protests continued despite extreme hardship causing the deaths of over 600 farmers, leaving the BJP completely bewildered. They are now dreaming up using force to crush the agitation. That is not only undemocratic, but inhumane.

The government would be wise to open its mind on the farm laws and approach the issue in a democratic spirit. India will be run by the Constitution, not by Ajay Mishra and M L Khattar doctrines. If the Prime Minister doesn’t understand this simple fact, he will face the music in the coming elections. No leader’s popularity is permanent; history has seen the fall of great leaders. Two states – Punjab and Uttar Pradesh – going to polls over the next few months will deliver the people’s message to the Prime Minister on their perception of farm laws and the government’s handling of the protests.