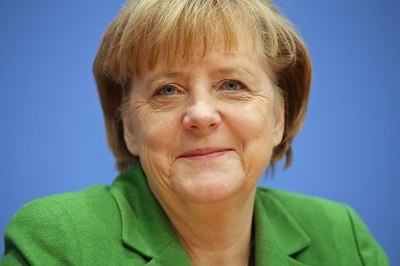 Germany has entered a period of political uncertainty after last week’s closely-fought elections failed to throw up a clear winner. The Social Democrats (SPD) won marginally more votes than outgoing Chancellor Angela Merkel’s Christian Democratic Union (CDU). Both parties are hoping for a coalition with the two smaller parties in the fray, the Greens and the Free Democratic Party (FDP), who are on opposite ends of the ideological spectrum and are unlikely to see eye-to-eye on many issues. In a way, this is not unexpected. With Merkel having announced her intention to quit after a record-equalling four terms as the chancellor of Europe’s most powerful economy, a leadership vacuum has arisen, not just within the CDU but German polity itself.

In a Europe battered by the refugee crisis and in turmoil after Brexit, Merkel had emerged as the tallest leader in Europe, bringing her unique brand of consensual politics combined with decisive leadership to tackle the myriad challenges faced by an increasingly frayed European Union, an idea to which she has stayed steadfastly committed throughout her public life. She has also stood as a bulwark against the rising tide of right-wing ultra-nationalism sweeping not only Europe but other parts of the world, steadfastly speaking up for liberal values.

While Germany stayed largely fiscally conservative under her leadership, Merkel, a strong environmental conservationist, has pushed Germany towards accepting a major shift to renewable energy and some of the stiffest climate targets in the world. She took the lead in letting in the flood of refugees fleeing conflict in North Africa, and, as the leader of the strongest European economy, led the EUs efforts to help smaller economies battered by the Covid pandemic. While her exit will leave a large gap, it is also an opportunity for India to engage quickly with the new leadership and develop a strong partnership with a nation which is the gateway to the EU as well as a powerful ally in India’s larger strategic confrontation with China.