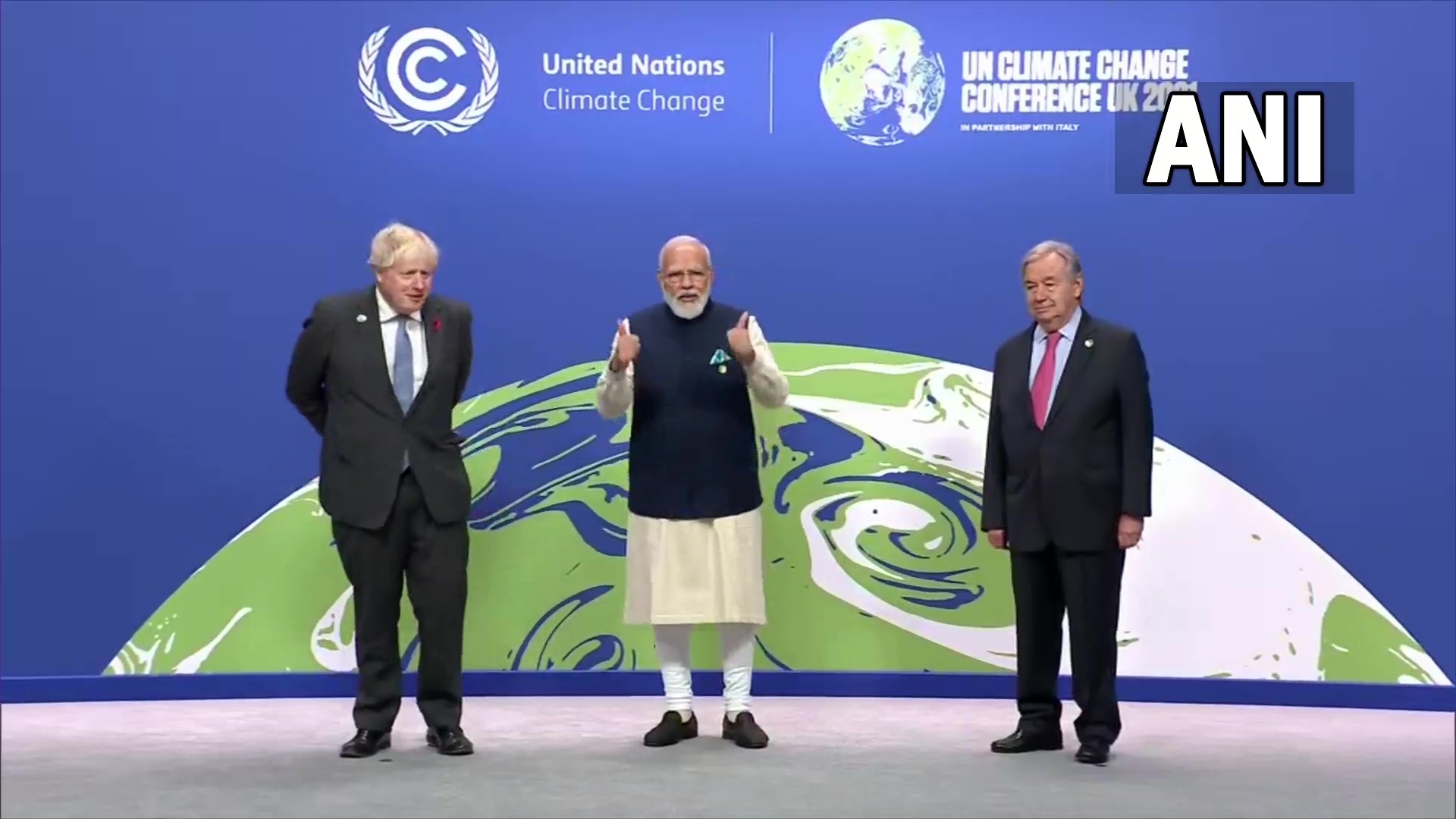 Prime Minister Narendra Modi’s commitment to the world to take India to net zero carbon emissions by 2070 marks a big step forward in the global battle against climate change. The success of the 26th Conference of Parties meet of the United Nations Framework Convention on Climate Change – or COP26 as it is popularly known – hinged on whether the world’s developed nations, as well as the world largest carbon emitters, took meaningful measures to address the increasingly urgent threats posed by global warming.

India, as the world’s third largest emitter of greenhouse gases, had so far refused to commit to a definitive date for achieving ‘net zero’ emissions. A net-zero emission state requires a country to capture or secure carbon equal to what it emits – in other words, neutralise its climate impact. This is a tall ask for any country, given the dependence on fossil fuel for energy and mobility. For India in particular, given that it is still an aspirational developing nation, with a large part of its population yet to reap the benefits of economic growth in a meaningful fashion, it is a difficult choice.

While climate change does disproportionately impact the poor, focusing on climate change at the expense of development also disproportionately impacts the poor. Further, as a country with one of the largest reserves of coal, and an existing power generating system which is significantly dependent on coal-fired thermal power, it would be a tough task for India to decarbonise its economy without derailing its growth momentum.

However, India has shown significant commitment to the global battle against climate change by not only setting a ‘Net Zero’ target but making other significant pledges to speed up the decarbonisation of its economy and reduce its carbon emissions.

The UN Intergovernmental Panel on Climate Change (IPCC) – has stated that global emissions need to drop by nearly half – 45 per cent – by 2030 from the levels existing in 2010 in order to contain global warming to 1.5º C above pre industrial levels. That means that even the Net Zero target dates set by the large carbon emitters – 2050 for the US and EU, 2060 for China and now, 2070 for India – may not be early enough to combat a disastrous rise in temperatures before then.

In this context, India’s other commitments made at the Glasgow COP26 conference are as significant as the commitment to Net Zero by 2070. These include a commitment to take India’s non-fossil energy capacity to 500GW by 2030; a pledge to meet half of all its energy requirements from renewable energy sources by 2030; a reduction in its carbon emissions by a whopping one billion tonnes by 2030 and a promise to cut the carbon intensity of its economy to less than 45 per cent by 2030.

These are ambitious targets. More importantly, as Prime Minister Modi pointed out in his speech, developing countries would need both financial and technological support from the developed world in order to not only decarbonise their economies but tackle the disastrous impact that climate change – caused largely by the carbon emissions of the past from the developed world – is already having on them “Today, when India has made a new commitment with new energy to move forward with its promises at a time like this, climate finance and low-cost climate technology becomes more important,” Modi said, calling for the developed economies to extend at least $1 trillion in climate financing.

That, however, looks unlikely to happen, going by the track record so far. Modi himself noted in his speech that the promises of financial and technological support made in the 2015 Paris meet have turned out to be ‘hollow’. While the Paris Agreement of 2015 called for developed nations to provide $100 billion a year in climate funds to developing nations to help them combat climate change, that milestone is far away and is likely to be achieved only by 2023. Increasing this ten-fold may be a necessity, but looks even less likely to happen.

India’s own commitments are daunting but at least set an aspirational goal. They also will also hopefully prod other large emitters to take more meaningful measures to address climate change. In this context, it is important to note that while India has significantly increased its NDCs (nationally determined contributions), the world’s two biggest polluters, the US and China, have not made any changes to their 2015 NDCs. India too, will have to move quickly on energy sector reforms, particularly in overhauling its inefficient distribution sector and weaning away utilities from thermal power, while significantly scaling up the creation of renewable power capacity.

Alongside this, the private sector also needs to pitch in to transition the mobility sector away from fossil fuels to electric and hydrogen fuel. So far, India’s track record on performance versus promise on climate has been much better than that of the West. It is up to the rich nations to now ensure that their pledges are not empty promises.