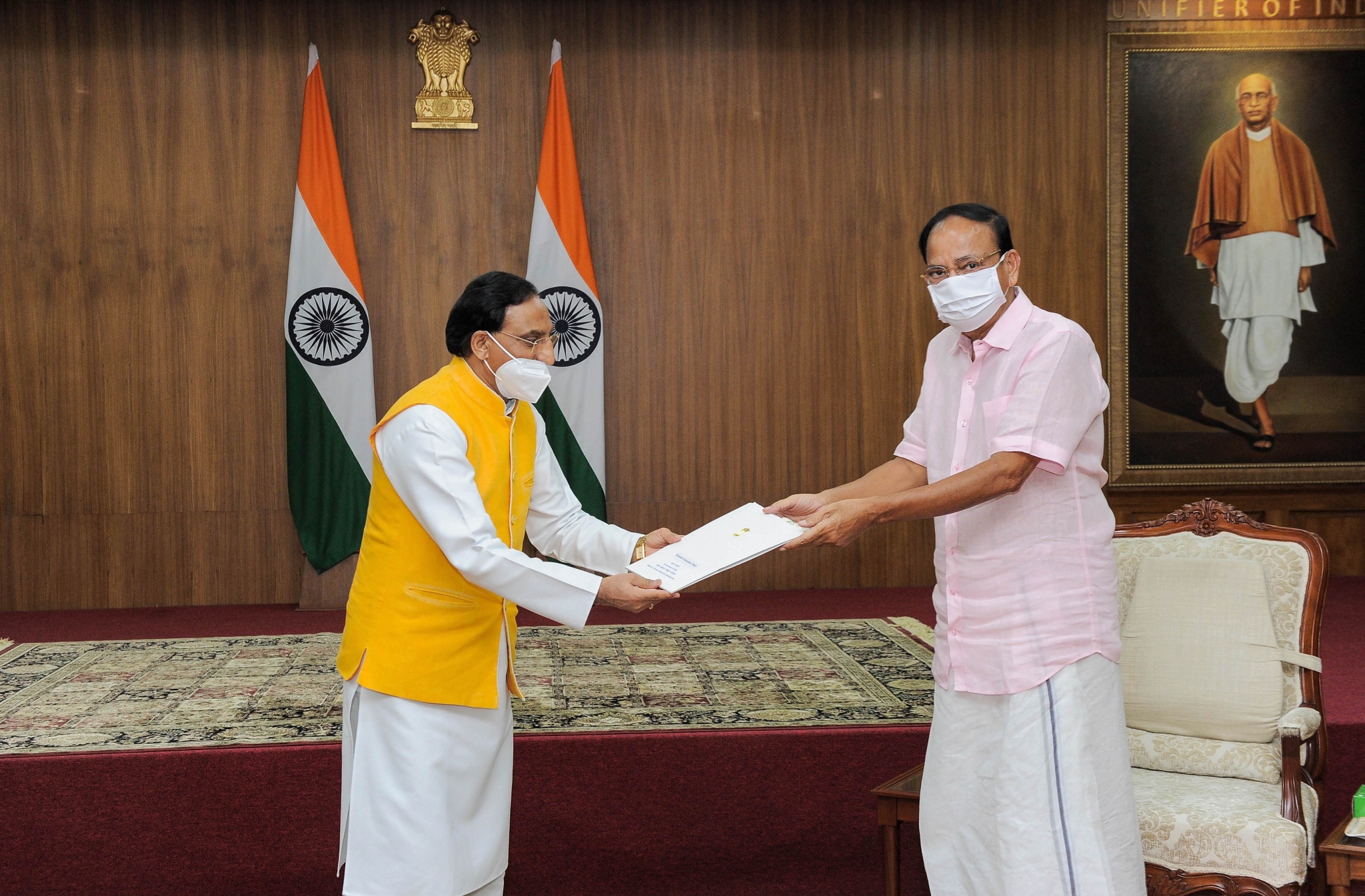 At last, the new National Education Policy is here. And, by and large, it has been received well by experts and stakeholders. A long time in making, the Draft National Education Policy was ready in 2016. Four years later, a panel led by former Indian Space Research Organisation Chief K Kasturirangan, gave it the finishing touch. The new policy received the Cabinet approval on Wednesday. It breaks new grounds on multiple facets of the entire educational system currently followed by the country under the policy last revised in 1992. As in the economic sphere, one of the key changes is the willingness to let in foreign educational universities to operate in the country. If turned into reality, instead of the relatively well-to-do students seeking higher education in the haloed halls of the academia in the UK or the US, or lately, even in Australia, these will have their operations here. Aside from the precious foreign exchange, their presence can have a salutary rub-off effect on Indian educational institutions, especially if the best and the brightest rush to join the locaI campuses of the renowned foreign universities. A much bigger plus, that is, should it come to pass, is the promise in the NEP to integrate teaching from Class 6 onwards with vocational education. Educational systems of many developed countries, notably Germany, provide opportunities for skill training from an early age instead of a wasteful investment in rote-learning and the acquisition of a college degree. Preparing skilled craftsmen, electricians, plumbers, pipe-fitters, lathe operators, masons, auto workers et al, depending on the aptitude of students as also the economic conditions of the guardians benefits the society as a whole. As things are, after wasting years acquiring that increasingly worthless paper degree without finding gainful employment, most such unemployed graduates and even post-graduates per force embrace blue-collar jobs or are self-employed in the growing service industry. The point is that unless a college degree provides additional value it is not worth the paper it is printed on. Also, the de-emphasis on periodic exams is another welcome feature of the NEP. The mass copying factories in UP and Bihar and other places will be made redundant with the emphasis shifting to bi-annual conceptual testing and ‘knowledge application’. The board exams for classes 10 to 12 under the new curricula will try to rid the need for coaching classes and emphasise learning instead of rote-mugging.

According to the Higher Education Secretary, Amit Khare, the aim is to increase the gross enrolment ratio in higher education, including vocation education, from 26 percent to 50 percent by 2035. The aim is “a broad-based, multi-disciplinary, holistic under-graduate education with flexible curricula, creative combinations of subjects, integration of vocational education and multiple entry and exit points with appropriate certification. Undergraduate education can be of 3 or 4 years with multiple exit options and appropriate certification within this period.” The structural changes proposed include the reform of the 10+2 board exams and its eventual replacement by a 5+3+3+4 system, corresponding to age groups 3 to 8, 8 to 11,11- 14, and 14-18 years. There will be a four-year graduation degree instead of the current three years. Another change which will make schooling further attractive both for parents and children of a certain socio-economic segment is the provision of free breakfast in addition to the currently available mid-day meals. Some of the other changes are in the educational bureaucracy, making it less burdensome. A Higher Education Commission of India will replace the University Grants Commission. A single regulator for all higher education institutions barring those in the legal and medical fields is proposed. Also, a common entrance exam for admissions to universities and colleges to be conducted by the proposed National Testing Agency. And grant of autonomy to colleges once their affiliation to various universities is phased out over a 15-year period in order for them to develop into universities. There is also a renewed stress on the quality of teaching and training and testing of teachers. Given the deep-seated rot in the education system, a promise of change is welcome. But what the NEP cannot address is the woeful shortage of funds for education. The central and state allocations for education need to increase substantially to back up the NEP for it to realise its full potential. Unfortunately, funds are likely to be a huge constrain in the foreseeable future, given the general income levels and the injection of partisan politics whenever even a small increase in tuition fees is contemplated by public universities. The privately-managed universities are allowed to charge students at a cost-plus basis, a key factor in their attracting meritorious faculty and highly aspirational body of students.