FPJ Edit: A rare case of justice in an encounter killing 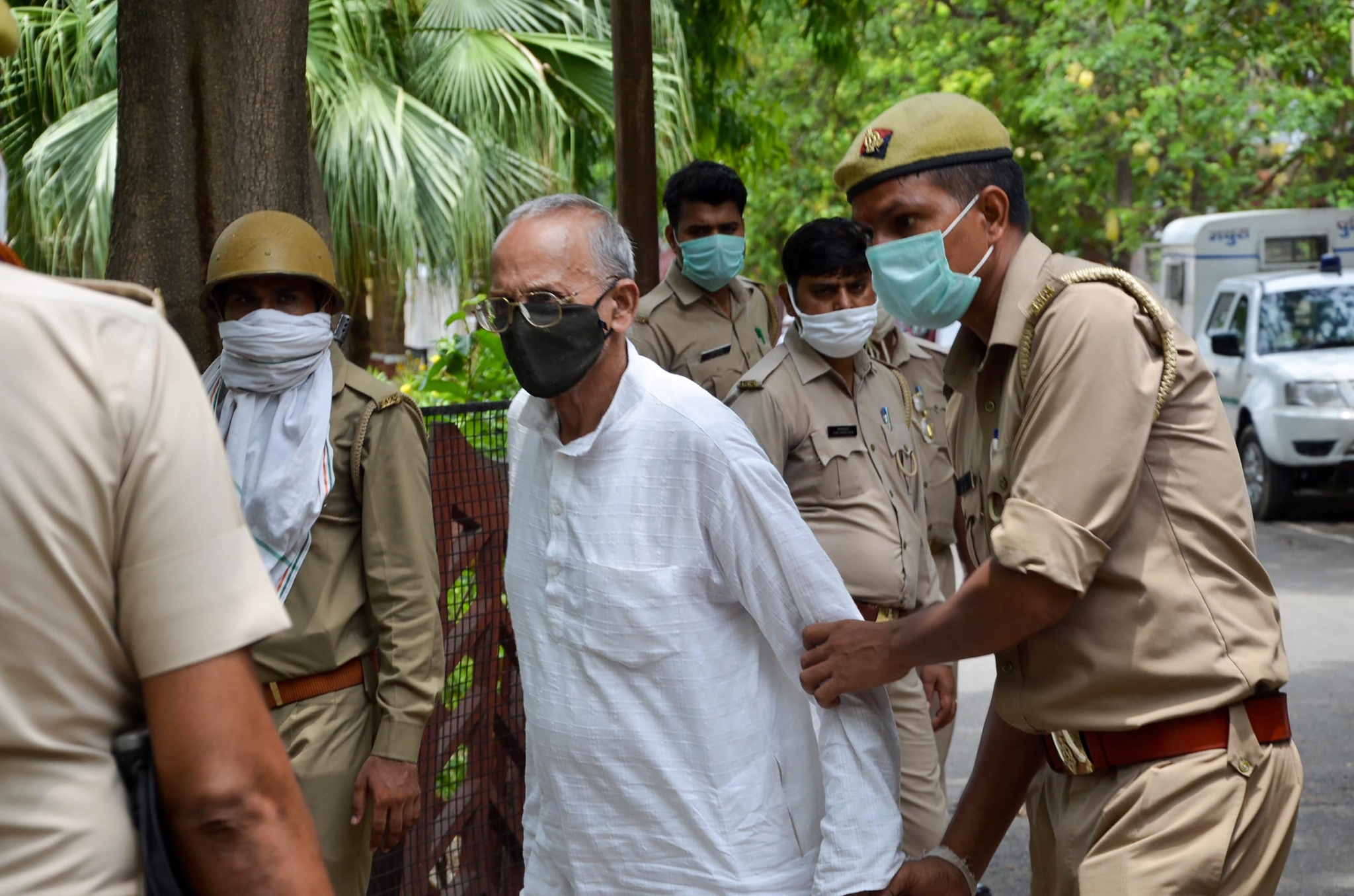 Thirty-five years after the Rajasthan royal, Man Singh, son of the erstwhile Maharaja of Bharatpur, was killed by the police in an alleged encounter, a CBI court on Tuesday held 11 policemen guilty for what was actually a cold-blooded murder. All eleven, who had since retired, were taken into custody. The quantum of punishment was to be pronounced the next day. Three others were acquitted for want of evidence. The court examined 61 prosecution and 17 defence witnesses for the murder committed in a busy bazaar in Bharatpur at the peak of the campaigning for the State Assembly poll in 1985. Man Singh was contesting as an Independent to retain his seat while the then ruling Congress Party had fielded a retired bureaucrat against him. The stakes were high for the ruling party. It was desperate to dislodge Singh from his pocket-borough which was part of the erstwhile princely state. But what is most remarkable is that at long last a case of an encounter death has ended in an unambiguous verdict. Justice might still be delayed should the accused appeal to a higher court. The rule in most cases of encounter deaths is that these are rarely, if ever, pursued with any degree of sincerity. Respective state governments and the police departments are generally unenthusiastic pursuing investigations in encounter deaths for the simple reason that the two are party to it. Without governmental nod the police would not be trigger-free for fear of inviting the wrath of authorities. However, over a period of time encounter killings have become a common tool for delivering ‘instant justice’ and even for ‘crime-busting’. In this instance, the police were apparently out to uphold the majesty of the law since a day before his murder. Man Singh, in a fit of royal rage had used his heavy-duty vehicle to pull down a stage erected for Chief Minister Shiv Charan Mathur’s rally in favour of the Congress candidate challenging him. Instead of charging Man Singh with vandalism and arson, the police resorted to his murder to avenge the humiliation of not being able to protect the podium erected for the CM’s rally. Thanks to the constant watch kept on the court proceeding by Man Singh’s daughter, Krishnendra Kaur Deepa, a former BJP MP and minister in the state government, the accused policemen could be held accountable. But a majority of encounter killings do not have VVIP victims. Ordinary people are unable and unwilling to demand justice for fear of victimisation by the police and other authorities.

Meanwhile, it is all very well for a former police officer, who later served as an ambassador as well as a state governor, to foment against encounter killings, calling for a charter of dos and don’ts for the police to follow. Writing on the issue after the recent encounter deaths in UP, including of the Kanpur gangster Vikas Dubey, he pressed for a protocol to be followed by police officers in order to eliminate the growing incidence of encounter killings. Retirement from active service invariably induces idealism, allowing one to deliver homilies on how to improve the civil and police administrations. You see this regularly on the nightly television news. But in the rough and ready world of active police service, often when the political and public pressure cries for instant action against particularly notorious criminals, encounter killings present themselves as the only option. It is notable that the end of the Punjab terrorist problem was accomplished through encounter killings with a retired policeman in the Raj Bhavan and a celebrated IPS officer, the late K P S Gill, leading the state police from up front. Both Gill and the then Governor won the gratitude of the people for the ruthless manner in which they had gone about putting down the threat of a nascent secessionist movement. Point is that encounter killings are a reflection of a flawed justice system, corrupt political and bureaucratic executives, a thoroughly venal police department and an equally inefficient and inapt judiciary, particularly at the lower levels. In all, the flawed system mirrors the far from perfect public character which believes in cutting legal and moral corners in pursuit of the Mammon. Rule of law in the true sense requires a responsible citizenry which can hold to account itself as well the rulers. Remember how citizens in one voice hail the police and the political authorities whenever a notorious criminal is disposed of in a so-called encounter. When that celebration of instant justice ends, we will see the end of the encounter killings.