FPJ Edit: 100 crore jabs is a milestone but it is time to step up anti-Covid vaccine drive 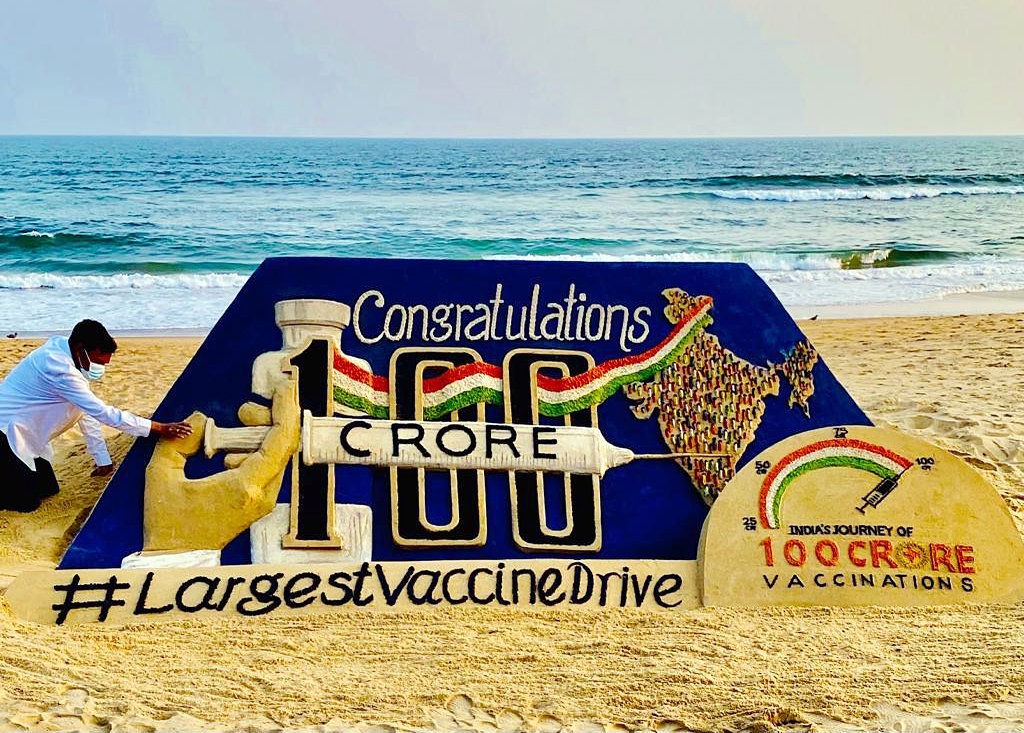 India has achieved a milestone by administering 100 crore anti-Covid-19 vaccine doses since the vaccination drive was launched on January 16. With this, 21 per cent of the targeted population has been fully vaccinated. This is certainly a commendable achievement, given the fact that it was only since May 1 that vaccination was made available to all those who are above 18. When it was started, only Covid warriors or frontline health workers were given the jabs. Later, more and more sections of the people were brought within the ambit of the programme. Otherwise, the 100-crore mark could have been attained at least a few months ago. India has become the second country after China to have administered 100 crore jabs.

However great the achievement is, India has to go a long way before it can claim credit for surmounting the Covid problem. To claim that the country is safe, at least 80-90 per cent of the adult population should have been vaccinated twice. To reach that level, the vaccination programme needs to be stepped up, plugging all the loopholes.

One redeeming aspect of the programme is that the Central and state governments have been able to ensure that up to 220 million people can be administered the vaccine in a month. Nonetheless, India’s 100 crore jabs are only one-sixth of the total 660 crores administered all over the world. Globally, 48 per cent of the population has received at least one jab.

In comparison, China, which is the only other country with a population of more than 100 crore, had by mid-September fully vaccinated 75 percent of its population. Till India reaches that kind of figure, it cannot sit and relax. In other words, vigil has to be maintained at all cost. True, things are becoming normal in most states. Once Deepavali is over, most states may like to have the schools and colleges reopened fully for offline classes. However, it is too early to rule out a third wave of Covid-19. The nation was taken aback by the second wave for which it was not at all prepared.

In case the third wave happens, we, as a nation, are better prepared to face it. There are more hospital beds, ventilators and oxygen tanks than was the case earlier. Also, a larger number of the people have higher levels of immunity, either because of vaccination or because of having once contracted Covid-19. The medical fraternity also knows how to tackle the disease, not just symptom-wise, as was the case earlier. All this gives confidence to the people that they can overcome the third wave even if, God forbid, it becomes a reality.

It is in this context that the relevance of Covid protocols like use of sanitisers and maintaining of safe distancing assumes importance. Otherwise, the lighting up of 100 monuments under the Archaeological Survey of India (ASI) on Thursday to commemorate the 100 crore jabs will lose much of its meaning.