Farm laws and their repeal: The absence of dialogue & dissent -- vital for a parliamentary democracy -- were undeniable, writes Ajit Ranade

Despite enlarging the freedoms -- providing more options to the farmer, how is the fierce and sustained opposition to the new farm laws to be explained? It is because the laws were silent on the implications
Ajit Ranade 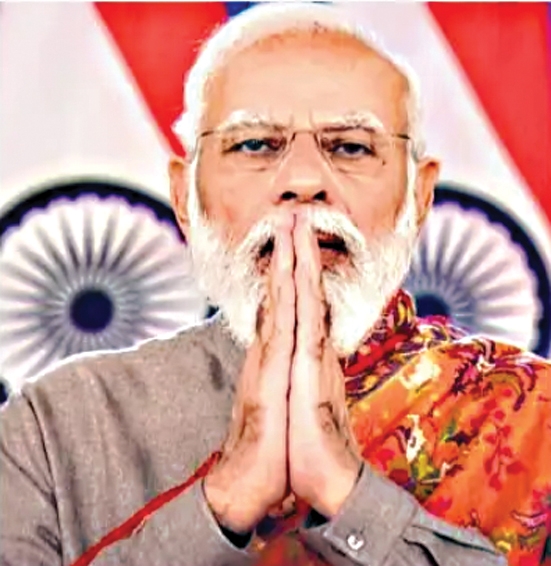 The Prime Minister, in a pre-election address, made the rather unexpected announcement that the three contentious farm laws would be repealed in the next session of Parliament. Because this decision comes close to impending state elections, it is not possible to shrug off the feeling that the announcement was influenced by electoral calculations.

Clearly, the ruling BJP did not want to take political risks on such a divisive issue which had been opposed fiercely by the farmers, mainly from Punjab, Haryana and western Uttar Pradesh. But thanks to a determined and feisty year-long agitation, the opposition to the farm laws had spread to many other states, and even the pro-open market, regulation-free farm groups had changed their earlier stance and decided to oppose the laws.

As such, all three laws enlarged the freedoms available to farmers. The first gave them the additional option of selling outside the mandi system. The second allowed them to freely enter into contracts with corporations or large buyers. And the third removed any restrictions on stocking and storage, implying free pricing of agricultural products.

Despite enlarging the freedoms, i.e. providing more options to the farmer, how is the fierce and sustained opposition to be explained? It is because the laws were silent on the implications. For instance, if there was freedom to sell outside the mandi system, did it mean that the government would whittle down its support for maintenance of the mandi system? For, after all, the mandi is where the farmer was able to get an assured Minimum Support Price, with protection against being cheated for quantity or with price fudging. Did the government plan to eventually dismantle the mandi, since it was fiscally unsustainable?

The second law allowed free contractual relationships, but what if there were a dispute? The law was silent, nay prohibited the farmer from taking recourse to court. Only the district magistrate was empowered to arbitrate, with every possibility that he or she would side with the large corporate buyer. Why was the law silent on addressing this concern of the farmer? As for the third law, the less said the better. In the same week when the law was passed in Parliament, the Centre imposed a ban on the export of onions, fearing a price spike. So, a price development which would have benefited onion farmers was negated to protect the interest of urban customers / voters. Thus, how could the farmers have been assured that the newfound freedom embodied in the three new laws would not be arbitrarily curtailed to suit the politics of the day? Or that there were hidden implications not visible to a first-cut reading?

Of course, the farmers were and are much smarter. They were unconvinced and saw the laws as detrimental to their cause and were willing to literally lay down their lives to oppose the ‘reform’ laws. And inevitably other forces, some politically opportunistic, jumped on the bandwagon and gave the whole farmers’ agitation much greater momentum. The PM said that he was retracting the laws because he was unable to persuade the farmers of the benefits of these reforms. Not just him, but a whole machinery of opinion-makers, politicians, citizens’ groups and pro-government media apparently were unable to convince the agitators.

However, it is misleading to say that the failure was merely because of inadequate communication. The real lacuna was that the parliamentary process of lawmaking was not followed. The laws were first introduced as ordinances, that too in the middle of a devastating pandemic. Then three months later, they were converted to bills in Parliament and were passed by a brute majority, but without any discussion, debate or deliberation. The by now accepted and normal process of referring the bills to the Standing Committee was dispensed with. Hence, the only recourse left for those expressing misgivings was to take to the streets or approach the Supreme Court.

Misgivings from the start

The signs of misgivings were there right from June. In fact, on passage of the law, one of the ruling party’s allies, the Akali Dal, expressed its discomfiture, and its member resigned from the Union Cabinet. It was not a protest resignation, but the signs were clear. The absence of dialogue and feedback and also dissent, all essential ingredients of a parliamentary democracy were undeniable. The agitation was seeking the support of ‘janata ki adalat’ i.e. the people’s court, and petitioners also approached the apex court, which finally stayed the three laws in January 2021.

Even the PM’s abrupt decision to repeal the laws did not follow parliamentary protocol. For instance, it wasn’t clear if there was a Cabinet resolution. And why could the repealing not wait when Parliament had convened? In a democratic form of government, the procedure is as sacrosanct as the outcome. And it is not merely a ‘tick box’ compliance of procedures, but in letter and spirit. The opposition view, as well as the wisdom of the Standing Committees must be taken.

In a recent debate in the UK Parliament, when the PM was restless and breaking protocol, he was chided by the Speaker who told him sharply, “You may be Prime Minister of the country, but I am in charge in this House”. A somewhat similar incident took place in the life of a civil servant, R P Noronha, when he was district magistrate in Madhya Pradesh. Due to an ugly communal situation, he had to impose a curfew and the police were barely able to keep two hostile communities separate.

As luck would have it, the Prime Minister was in town and wanted to directly negotiate peace and meet the volatile mobs, much against the curfew restrictions. The District Magistrate warned the PM and in the same vein, must have said, “You may be the PM of the country, but I am in charge here, and if you disobey my orders, I will have to arrest you”. Thankfully the PM complied and stayed put at the circuit house. This is recounted in Noronha’s memoirs and a small incident like this is the essence of democratic governance and constitutional fidelity.

All said and done, the street action, the Supreme Court’s intervention, the PM’s acceptance and retracting, and a probably healthy debate in Parliament on these farm laws is a validation of the robustness of India’s democratic functioning. That is a cause for celebration.