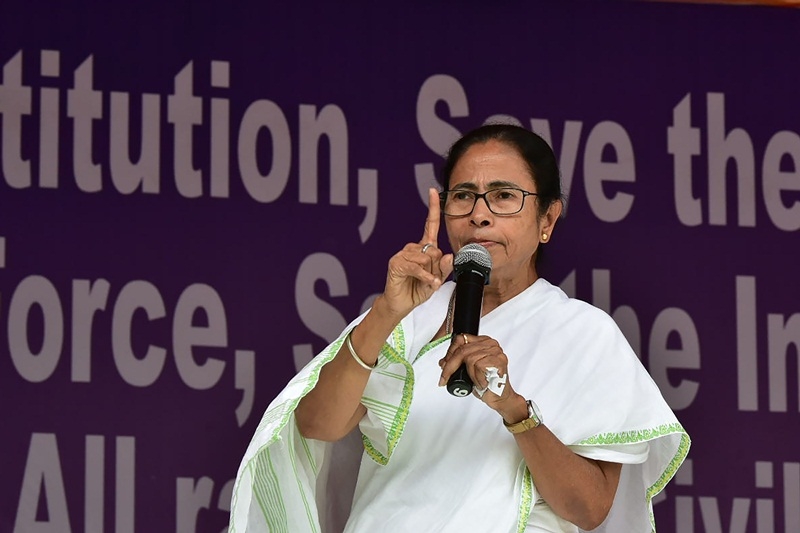 More than 1.35 million women across the country enter public life through panchayats every year, but they are consistently under-represented in assemblies and Parliament.

BJD supremo Naveen Patnaik announced that his party would give one-third of the Lok Sabha tickets in the forthcoming general elections to women; that is, seven of the 21 seats in Odisha. TMC leader Mamata Bannerjee went a step further, declaring that 40 per cent, or 17 of the 42 tickets in West Bengal, would go to women.

Both the CMs are canny politicians and are unfazed by protests that willy nilly accommodating women will impact the winnability of their respective parties. It is unlikely that either of them would have taken this step without factoring in the political outcome.

Clearly, they see an emerging constituency of women and intend to leverage their gender-friendliness. Women account for 49 per cent of the electorate and have gradually increased their polling percentage. The turnout gap between men and women in Lok Sabha 2014 was just 1.8 per cent.

Despite the growing involvement of women in politics, the Women’s Reservation Bill appears to be a no-hoper. First moved in 1996 by the H D Deve Gowda government, it ran into rough weather with the ‘social justice’ (read caste-based) parties. The NDA made futile attempts to re-introduce the Bill in 1999 and again in 2002.

The UPA tabled the Bill in the Rajya Sabha in 2008, which passed it in 2010, but couldn’t manage to get it through the Lower House. The Bill seemed to touch a raw nerve, with male MPs tearing papers, raising slogans and rushing into the well of the House every time it was brought up.

The NDA II showed no interest in pursuing the Bill, despite having promised to do so in its 2014 manifesto and getting an offer of unconditional support from the Congress. This wasn’t particularly surprising, as the BJP had promised to reserve 33 per cent of organisational posts for women with great fanfare, but ended up with very few in the top echelons of the party.

The government was equally disinclined to bring a Constitution amendment Bill to mandate a 50 per cent quota for women in all three tiers of the local bodies – gram panchayats, panchayat samitis and zilla parishads. It had been mooted by the then Panchayati Raj minister Chaudhary Birender Singh, but was eventually dropped. As many as 19 states had already stolen a march on the Centre by increasing the quota for women in panchayats from 33 to 50 per cent. Fourteen have extended the same statute to urban local bodies.

Why does a country with the largest political mobilisation of women in the world and one which has boasted a woman Prime Minister and 16 women chief ministers, rank 150th out of 193 countries in terms of percentage of women in Parliament? There appears to be a disconnect between women at the grassroots and the legislative bodies.

Women who make it to the state legislature or Parliament by and large do so with male patronage. They either have mentors or come from a political family. Mamata Bannerjee, a grassroots leader who made it all the way to the top without any support, is a rarity.

The late Jayalalitha Jayaram was mentored by MGR and Mayawati by Kanshi Ram, although both went on to build their own constituencies and become as, if not more effective, than their political gurus. Nay-sayers question the advisability of positive discrimination against women through quotas, whether in political parties or legislatures. They point out that political families will corner the available seats, to the exclusion of women from the grassroots.

The third objection is that having a woman in power does not guarantee that she will promote gender parity. However, the panchayati raj experience since 1993 has gone a long way in quelling those doubts. Many of the women elected in the early years were figureheads for their “sarpanch-patis” (which became an actual title). Some still are. But over time, the quota system managed to mobilise women at the grassroots and threw up highly effective leadership.

Examples of elected women representatives who have become change agents are legion and have been well-documented. Naveen Patnaik and Mamata Banerjee have shown that with or without an enabling legislation, they believe in the political empowerment of women. If other regional parties do likewise, the national parties will have no option but to follow suit.