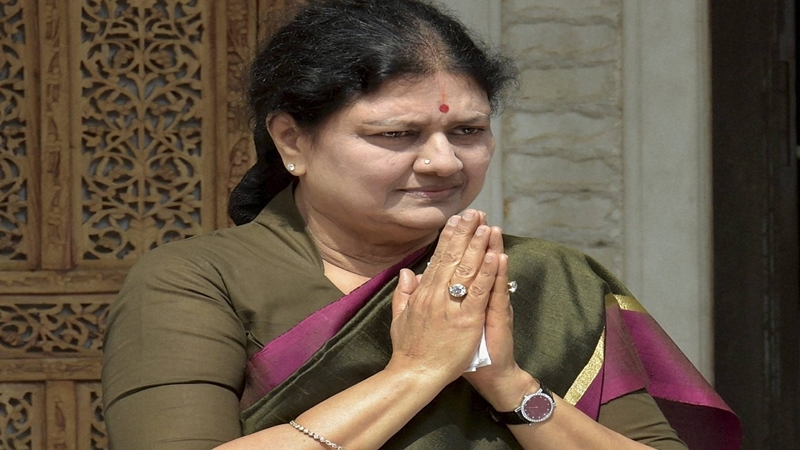 Evidently, Sasikala committed  the grave miscalculation of  treating Panneerselvam as a virtual doormat since he seemed nothing but that during Jayalalithaa’s time. Unexpectedly, Panneerselvam showed that his servility to Amma was neither a manifestation of spinelessness nor was he devoid of ambition.

The dramatic revolt by Tamil Nadu’s caretaker chief minister and party veteran O. Panneerselvam against general secretary and chosen heir to him V. K. Sasikala has electrified the political atmosphere in Tamil Nadu and opened a Pandora’s box in the ruling AIADMK. A no-holds-barred battle now lies ahead with various twists and turns adding to the drama.

With the party legislators having already endorsed Sasikala as the new chief minister unanimously, late J. Jayalalithaa’s confidante and longtime friend (rumours say they were estranged in her last days) has an edge in the chief ministerial stakes. But Sasikala’s path is strewn with huge roadblocks which could well queer her pitch.

Evidently, Sasikala committed the grave miscalculation of treating Panneerselvam as a virtual doormat since he seemed nothing but that during Jayalalithaa’s time. Unexpectedly, Panneerselvam showed that his servility to Amma Jayalalithaa whom he deeply revered, was neither a manifestation of spinelessness nor was he devoid of ambition. His assertion now that he was forced to resign as chief minister to make way for Sasikala is the reaction of a man who was deeply hurt by the impudence of Sasikala and her supporters.

Pannerselvam, who characteristically kept his cards close to his chest, chose an effective way to confront Sasikala. His meditative dharna at Jayalalithaa’s memorial around 9 pm on Tuesday followed by a media conference in which he bared the intrigues of Sasikala and exposed her manipulative politics has captured the mind space of the common man and of party cadres.

It fuelled fresh doubts in the minds of people whether Jayalalalithaa’s death was indeed triggered, as is being alleged in some circles, by Sasikala and her extended family in a way. While the AIADMK  legislators including ministers who served in the short-lived Panneerselvam cabinet after Amma’s demise are arrayed in favour of Sasikala for reasons of self-preservation, the party cadres and Amma supporters are suspicious of Sasikala’s role in the events leading to Amma’s shocking demise.

It was all deceptively smooth until Panneerselvam raised the banner of revolt. Now, the AIADMK legislators will take a call, weighing their own self-interest. As it stands, elections to the State Assembly are over four years away, having taken place in May, 2016. So the legislators are looking at how they can cling on to power under whichever dispensation.  For most of them, there is little love lost with either Sasikala or Panneerselvam; it is expediency all the way.

If Panneerselvam is still in with a chance to upstage Sasikala it is because a Supreme Court judgement in a disproportionate assets case is hanging over her head, likely to come out in the next few days. If Sasikala is indeed found guilty, she would be debarred from contesting elections and would have to relinquish office straightaway. There would then be no takers for her within the party as ministers and legislators would switch loyalties to Panneerselvam who would predictably emerge as a rallying force for them.

If, however, Sasikala wins the case, it would be difficult to stop her from growing from strength to strength. There would be another possible roadblock in the shape of the constitutional requirement for her to be elected to the State assembly within six months of her assumption of office as chief minister. With her penchant for wheeling dealing and the goodies that she would lure the electorate with, one cannot put it past her that she would get through that ordeal while shedding crocodile tears for Amma. If she wins acquittal in the disproportionate assets case in which she was impleaded along with the late Jayalalithaa, there would still be a couple of other cases for Sasikala to pass through , but her immediate crisis would have been averted.

However, there can be little doubt that the DMK is smelling an opportunity in the internecine quarrels within the AIADMK. It would do its utmost to engineer a split in the AIADMK and precipitate a crisis which may lead to fresh Assembly elections. As things stand, Panneerselvam has the overt support of the DMK as well as the beleaguered Congress and the covert blessings of the BJP, but sooner than later, he would need to take a call on who he goes with as an ally.

Panneerselvam would indeed have to reckon with the possibility that any close association with the DMK could boomerang on him because the AIADMK cadres may see in it the negation of Jayalalithaa’s legacy.

Essentially, the Panneerselvam faction would have to draw its strength from within the AIADMK which may not be difficult to garner if the Supreme Court finds Sasikala guilty of amassing disproportionate assets. The next few days would, therefore, be vital for Panneerselvam.

Predictably, a lot of dirty linen would be washed in public in the ensuing days as the battle between Panneerselvam and Sasikala picks up pace and ferocity.

The charge of power hunger can hardly stick against Panneerselvam because of the way he passed on the mantle back to Jayalalithaa twice when he held power in trust for her when she was unseated in court cases. The same cannot be said of Sasikala because of the unseemly haste with which she manipulated her assumption of power so soon after Amma’s death.

Panneerselvam has told the media that he is setting up an independent panel headed by a retired High Court judge to go into the circumstances that led to Jayalalithaa’s sad demise. If that or any other credible revelations show Sasikala in poor light, she may have to pay through her nose for it.

All in all, contentious times lie ahead in which the role of Governor Vidyasagar Rao could also be vital. If large-scale defections from Sasikala’s camp to the Panneerselvam faction occur and there is a state of flux, there may be no option but to impose President’s rule and to keep the Assembly in suspended animation. It is indeed a scene pregnant with various possibilities.