Denial of bail to Fr Stan Swamy: The law is for furtherance of justice & fairness, writes Manjula Rao

What is the role of the prosecutor and what can be expected from him or her as an officer of the court? In light of the many well-publicised cases in the recent past, this is a question to which most citizens have been asking and seeking cogent answers.
Manjula Rao 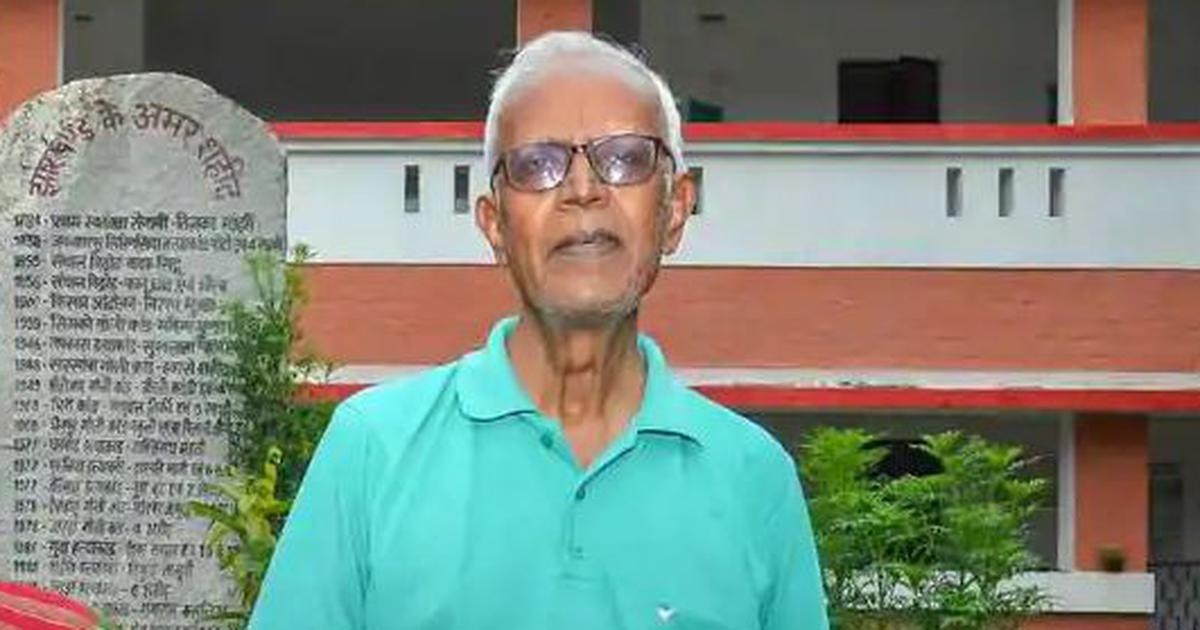 “The job of a prosecutor is to do justice. And justice is served when a guilty man is convicted and an innocent man is not.” These are the famous words of Sonia Sotomayor, Associate Justice of the Supreme Court of the USA.

There is no denying the pivotal and indispensable role that a prosecutor plays in the correct and just working of any criminal justice system. In fact, in my humble opinion, the right working of the prosecution is the pivot on which the wheel of criminal justice is suspended. What is the role of the prosecutor and what can be expected from him or her as an officer of the court? In light of the many well-publicised cases in the recent past, this is a question which most citizens have been asking and seeking cogent answers to. Why does this question plague the minds of all aware citizens?

The present ongoings have shaken all right-thinking people of India to their very foundation. Every political party, when it assumes control of the state/country, does so as the representative of the people who brought them to power. We are a constitutional democracy, a fact which every citizen must understand, appreciate and take great pride in.

What is happening so rampantly today is that police are being used as pawns by those who are in positions of power. And those powerful people are in turn appointing prosecutors of their choice. It was the solemn duty of the judges of the high court to appoint the prosecutors. Such appointments have always happened on the basis of sheer meritocracy. But no longer does this seem to be the norm. One must thank AR Antulay for the said amendment.

As has been seen for generations, the prosecutor plays not only an important judicial role, but also an important humane role in the criminal judicial process. That no innocent person should ever suffer and no guilty person should be set free without the right punishment is a subject matter which requires a great understanding of not only the criminal laws and penal laws, but also the deep workings of the mind, thought processes and functional aspects of the complex being that is the human.

Therefore, the prosecutor must have a deeply independent thought process, free from preconceived notions and inhibitions, with their own keenly FAIR and judicious mind to distinguish between what is right and what is wrong. As such, the prosecutor's role is that of the custodian of the larger well-being of the society, a responsibility, therefore, that becomes almost sacred by its very nature.

Unfortunately however, it has been observed recently that prosecutors forget that they are there to assist the courts of law with true facts, to help the court reach a decision which is not only accurate but which is just and fair and in perfect concurrence with the rule of law. Pandering to the egos of the powerful echelons of society, creating fear and panic in the minds of the citizenry by being a puppet in the hands of those who propose to use power incorrectly, completely destroys the grand principles on which the role of the prosecutor is based. This is not only a grand dereliction of one’s sacred duty, but also a great societal breach of trust.

The unfortunate death of the Rev. Father Stan Swamy, an ordained Jesuit priest, has shaken the nation to its very roots. The Rev. Father was a social worker from a remote area in Jharkhand. His death has raised the question: If refusing bail under sec 43 D (5) of the Unlawful Activities Prevention Act (UAPA),1967, was justified, why was there so much delay in deciding his bail application? Was the prosecutor not aware of the health condition of an old man of 84 years, who survived the pandemic despite several health complications? What was the evidence against Fr Stan Swamy to deny him bail on medical grounds? Was he in a condition to abscond? And where would he go with Parkinson’s disease, leg issues and his failing health after Covid?

It is surprising that Article 21 of the Constitution is only on paper. In criminal cases, special provisions are available under section 437 of the Criminal Code. Whether the prosecutor felt these were not applicable in the case of Fr Stan Swamy or not, is a matter of debate. Whether exceptions to the provisions laid under UAPA could have been applied, is another debate.

Bail on merits of the case

Opposing an application for bail submitted on the grounds of failing health and requirement of urgent medical care, is contrary to all the grand ideals and ETHICS of fairness, equity, justice, fair investigation and trial, etc., which are enshrined in the Indian Constitution and are, as such, guaranteed to every citizen of India. Are these applicable in fact or are they only on paper, to be given or denied to different people as per the whims of those in power? Whose duty is it to see that all these assurances must be implemented?

The granting or refusal of bail depends on the facts of each case. The facts of the Bhima-Koregaon case arise out of the speeches made during this meeting. We have all witnessed or seen televised speeches before every election. Unfortunately, the constructive critique has now become unacceptable. The information gathered from the media and the recording of the interview of Fr Stan Swamy reveal that he was raising his voice against the land mafia even as the Centre was a silent spectator. Adivasis were being exploited blatantly. Thousands were prisoners for more than two years, without trial, languishing in jails on alleged grounds of being Urban Naxals or Maoists. Do they really understand or know what these words mean? They are the poorest of poor indigenous people, whose only concern is for food, clothing and shelter, the most basic of needs.

The Indian judiciary is based on the Rule of Law, one of the grandest rules to be enshrined in the history of civilization. The principle of ‘EVERY ACCUSED IS INNOCENT TILL PROVEN GUILTY’, finds its root in the Constitution of India. The Constitution upholds and protects all the rights of the accused till he is proven guilty beyond the realm of reasonable doubt, and that is the duty of the prosecutor. Unless the accused is unavailable to face trial or is a terrorist and is of danger to the country, or is funded to carry out acts of terror etc, he should be treated with all the respect any human deserves, especially all humane entitlements such as medical help and care.

The media coverage, interviews of Fr Stan Swamy and other information available only suggest the facts are based on a meeting during the Bhima-Koregaon rally. And if Section 43 A of UAPA, 1967, is applicable, then why was the government of Maharashtra directed to withhold the framing of charges immediately?

The government released the terrorist who kidnapped Rubaiya Sayeed. And we have seen the aftermath of such an act. One life was saved but thousands were lost subsequently. Is the life of a politician so precious but not that of Fr Stan Swamy, who dedicated his entire life to the upliftment of adivasis? What did he do to deserve such harshness? He was trying to help the adivasis, when their land with standing crop was destroyed for Adani’s power plant and other allied land mafia activities.

Is the policy of the government to make the rich even richer and the poor still poorer? The state which gave us our first President, Dr. Rajendra Prasad, is being exploited by musclemen. The people from the state are working as labourers out of state as was evident during the pandemic. Was Fr Stan Swamy wrong to bring this exploitation to the knowledge of the courts and the countrymen? Should he have been labelled as a Maoist/ Naxalite /Terrorist as defined in UAPA?

Refusal of bail to the elderly, gentle and kind Fr Stan Swamy is nothing but the blatant ‘showing off’ of power. The prosecutor’s duty was to act independently as an officer of the court and representative of the public at large. All the evidence is always available with the prosecutor. The duty was firstly, to ascertain whether Fr Stan Swamy should have been denied bail when he was in such poor health, and secondly, was the evidence sufficient to deny him release even though he was 84 years old, sick and entirely debilitated due to Covid complications?

The Rule of Law clearly states that a conviction can only happen if the accused is found guilty after a fair trial. Fr Stan Swamy was given the death penalty without a fair trial. The question is, if it is subsequently found that he was innocent of all the charges, who should be blamed? The legal system, the prosecutors and police have lost the reliability and integrity because they are not answerable to anyone, but if they do not obey the orders of the government, they will lose the favour of those in power or in many cases, even their jobs.

The UAPA, enacted during the Congress regime, is being utilised along with the NIA, which is exclusively under the control of the home ministry.

To sum it up, I am a firm believer in the highest justice, which is beyond the realm of human purview. There is more to law than just the legal books. Law is made for the furtherance of justice and fairness. It would behoove us all to understand that righteousness is the highest of all virtues and that alone is all encompassing.