Delhi violence is rooted in heightened sense of insecurity 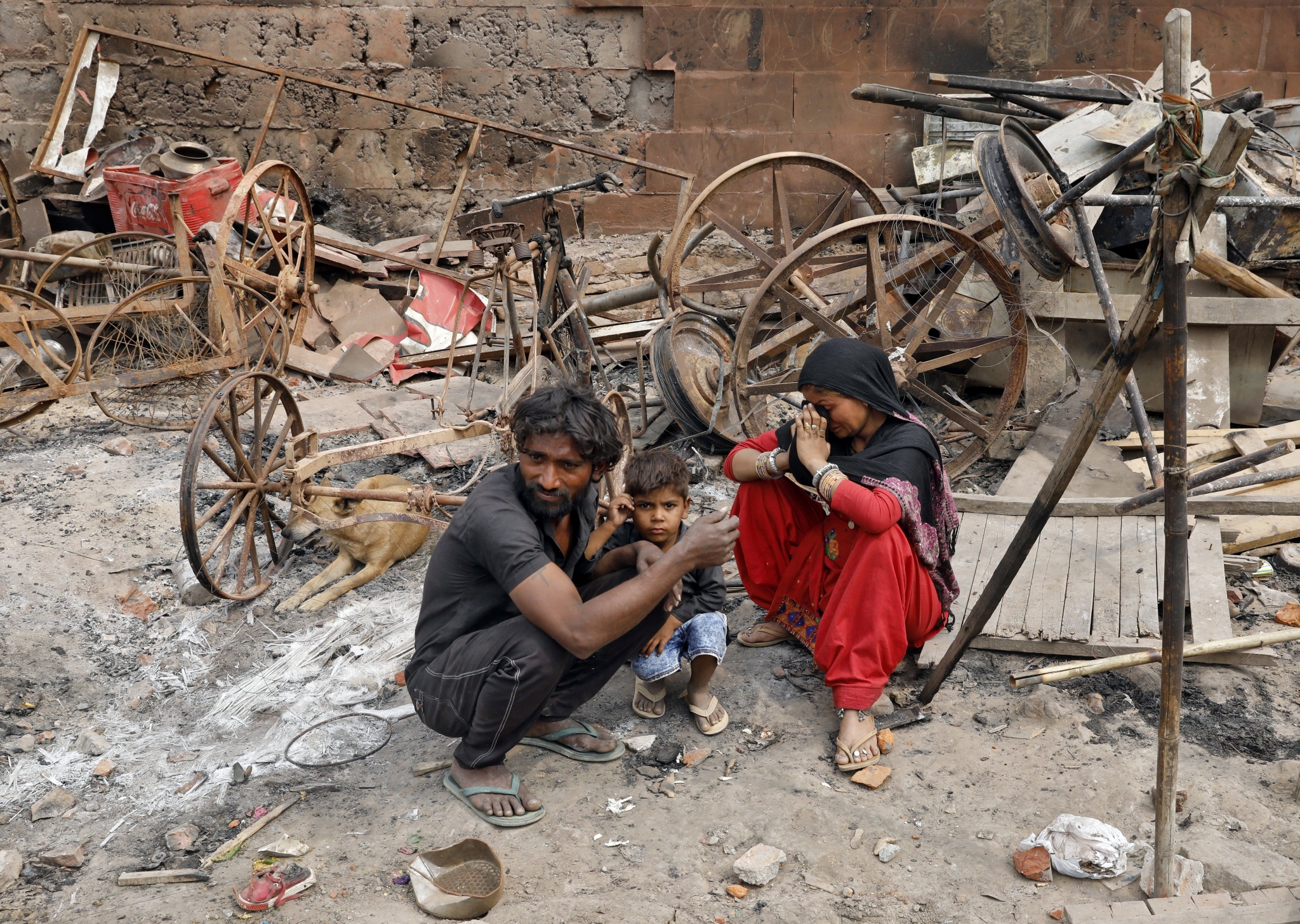 The violence in northeast Delhi would have been tragic even if it had not been so ominous. Both aspects invite comparison with earlier conflagrations like the 1984 massacre of nearly 3,000 Sikhs after Indira Gandhi’s murder, and even more with the 2002 riots in Gujarat when Narendra Modi was Chief Minister there. That past warns of future tumult not in spite – but because – of Donald Trump’s robust defence of the Prime Minister as “a very religious man.”

Normally, that comment would have been an unquestioned compliment. A very religious man is a very good man, morally upright, fair and just, as demanded by the theoretical precepts of all faiths. But it’s different when religion is transformed into a tribal badge. That happened during the Crusades when the French, Germans and English, all united by the Christian label, fought Turks, Kurds and Arabs, similarly bound by Islam. So, the religion Narendra Modi is loyal to and the length to which he might take his loyalty become matters of public interest.

Immediate concern centres on the Union Home Minister. Amit Shah is responsible for law and order. The police in the National Capital Region are under him. The Delhi High Court rightly said on Wednesday that the Chief Minister, Arvind Kejriwal, and the Deputy Chief Minister, Manish Sisodia, should visit the affected areas “for confidence-building among people”. But theirs is a limited role, less crucial than the Home Minister’s. Yet, Mr Shah said nothing and seemed to do nothing either while mobs of hooligans in saffron headbands and tikas roamed the streets of Muslim-inhabited areas like Karawal Nagar, Maujpur, Bhajanpura, Vijay Park and Yamuna Vihar. They stoned people, looted shops, ransacked houses and set fire to a mosque in Ashok Nagar after trying to plant a saffron flag -– symbol of Hindu supremacism – on its minaret while chants of “Bharat Mata Ki Jai” and “Jai Shri Ram” rent the air.

“Police and other agencies are working on the ground to ensure peace and normalcy" Mr Modi announced on Wednesday, but there was no sign of that on the first three days of the week when passers-by were stopped, assaulted and forced to prove their religion. The death toll of 39 included a policeman. Their interrogation of reporters made it clear they were Hindu militants.

Of course, it was nothing like the retaliatory bloodbath in Gujarat after a bogie of the Sabarmati Express was fired at Godhra causing the death of 58 Hindu activists returning from Ayodhya where they were involved in building a temple to Ram on the site of the medieval mosque that had been destroyed. But apart from the cruel loss of innocent lives and the vandalism and destruction, the Delhi rioting was a sad commentary on Indian civilisation while Mr Trump and his family and entourage were actually in the city, paying their first and much publicised visit to India. The US President carefully resisted urgings to comment on the violence – or rather, on the supposed cause of it – but cannot have missed the sequence of events and what they might portend for India’s future.

Attempts are being made to attribute the violence to rivalry between opponents and supporters of the controversial Citizenship Amendment Act which – together with the National Register of Citizens and National Population Register – has roused such a national furore. I have written before in this column that opponents of the CAA both misunderstand the measure and over-react to it. Similarly, their opposition to the NRC and NPR is rooted in the fear that the information gathered will be used to disempower Muslims. They should know that if the government were so minded it would not need the additional findings of these two exercises. All modern governments have at their fingertips for economic planning and other legitimate purposes the kind of information the NRC and NPR plan to collect and collate.

But because Muslims fear these exercises and object to them, the Hindutva lobby defends them with additional vigour. To such an extent has the communal climate degenerated that any exclusively Muslim initiative is at once suspect. Hence the incendiary comments by a Bharatiya Janata Party leader, Kapil Mishra, at a rally when he served anti-CAA protesters with a three-day ultimatum. “Three days’ ultimatum for Delhi Police – clear the roads in Jaffrabad and Chand Bagh. After this, we won’t listen to you,” he declared. A video of the speech shows him making these provocative comments with a Delhi Police officer standing beside him. Two other BJP politicians, Anurag Thakur and Parvesh Verma, are also proud of their anti-Muslim hate speeches.

Hence also the 1st February outrage by a man called Kapil Gujjar who fired two rounds in the air at Shaheen Bagh, scene of the anti-CAA protests for over a month, and chanted "Jai Shri Ram" when the police led him away. "Hamare desh me aur kisi ki nahi chalegi, sirf Hinduon ki chalegi (Only Hindus shall have a say in our country, no one else)," was his final declamation.

Muslims may not have responded with such panic to the CAA, NRC and NPR if they did not already feel threatened. Rightly or wrongly, the sudden abolition of the special status that the Muslim-majority state of Jammu and Kashmir had enjoyed since it joined India was seen as a blow to the Muslim identity. So are reports that Mr Modi and Mr Shah are planning to abolish the special personal laws that Muslims enjoy and bring them under the purview of a common civil code. Scattered lynchings of Muslims and derogatory references to them by BJP politicians have heightened the sense of persecution.

Muslims have noted that the BJP leadership has not taken any action against Mr Mishra, Mr Thakur and Mr Verma, the three politicians accused of making hate speeches. They have noted that one of Delhi’s Deputy Commissioners of Police, Rajesh Deo, untruthfully told the media that the Shaheen Bagh shooter was a member of Mr Kejriwal’s Aam Aadmi Party. Nor can they have failed to note that even the judges of the Delhi High Court were taken aback when Mr Deo claimed not to have seen the widely-circulated video of Mr Mishra’s speech. It was replayed in court for his benefit when Justices S Muralidhar and Anup Jairam Bhambani ruled that 1984 could not be allowed to happen again.

Reassuring as these developments may be, they indicate the sense of fair play that governs India’s judiciary, not India’s politicians. It’s the politicians who rule the country and it is they who will decide the Indian Muslim’s place in the life and society of his own country.