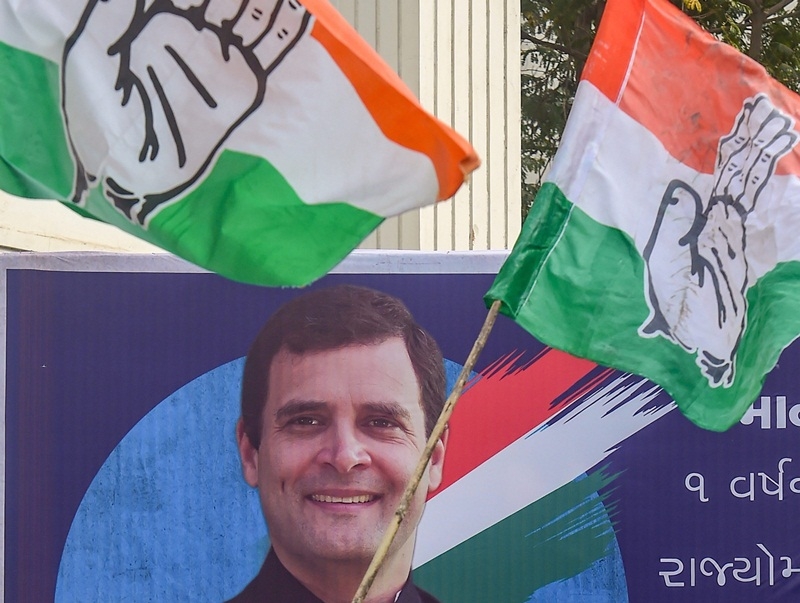 The Congress Party show in Ahmedabad was hardly a grand success. Holding the first meeting of the party’s working committee in the city of Gandhi, the Mahatma, after 58 years was symbolic, meant to take the fight to the home state of Prime Minister Narendra Modi. The added symbolism came from the lip-service paid to the Mahatma on the 89th anniversary of his Dandi salt march.

Beyond this, loyal Congressmen would insist that the main significance lay in the fact that this was the first meeting where Priyanka Gandhi, party president Rahul Gandhi’s sister and Robert Vadra’s wife, would showcase her leadership, including oratorical, skills after being formally appointed as the party general secretary. For the rest, there were speeches galore, including from the superannuated Sonia Gandhi and her son and daughter, with other leaders most obligingly endorsing them without a murmur.

If this was supposed to be the start of the 2019 parliamentary campaign, it came across rather listless. The old shibboleths were peppered all over the CWC resolution. “… the CWC resolved to defeat the RSS/BJP ideology of fascism, hatred, anger and divisiveness…” Smarting under the sharp uptick in the popularity of Modi in the wake of the Pulwama attack, the dominant concern of the gathering was to somehow shift the public discourse from national security and the fight against terror to issues of identity politics.

Hence, the repeated references to the woes of the OBCs, Dalits, minorities, etc. The criticism of the Modi government and its policies, whether merited or not, was not matched by an alternative policy framework, but the brother-sister duo played the old tune about distribution of poverty, seeking more punch in the minimum income guarantee scheme, etc. Not a word about boosting growth in order to generate surpluses for funding such entitlement schemes.

Distribution rather than creation of national wealth comes easily to politicians, especially those sporting socialism stripes. By all accounts, the public meeting at the end of the day’s deliberations was poorly attended, though the party organisation must have put in a lot of effort to muster crowds for Priyankajee’s maiden speech after being anointed as the party general secretary.

It is now becoming increasingly clear that despite the media hype that accompanied her plunge into active politics, Priyanka is unlikely to make much difference, if at all, to the fortunes of the party. She may have to work hard in the two key constituencies her family has held for decades in order to ensure that both her mother and brother make it to the next Lok Sabha.

Politicians may be loath to shed old certainties and dreams but the voters are quick to embrace new realities. The Ahemedbad meet showed that the Congress revival will take a lot more than the mere induction of yet another member of the Family into the party. India has moved on. The Gandhi siblings still pine for the past.