Covid may have stalled many a cycle but has turned the wheel for the bicycle industry, writes Anil Singh

June 3 is World Bicycle Day. In the Netherlands, almost everyone uses bicycles daily; the bicycle ownership per 1,000 persons there is 1,100. In China, it is 360 whereas in India it is a meagre 90. In Japan, ministers and bureaucrats pedal to work. Our Union Minister of State for Water Resources Arjun Ram Meghwal has been often seen cycling from his official bungalow to Parliament
Anil Singh 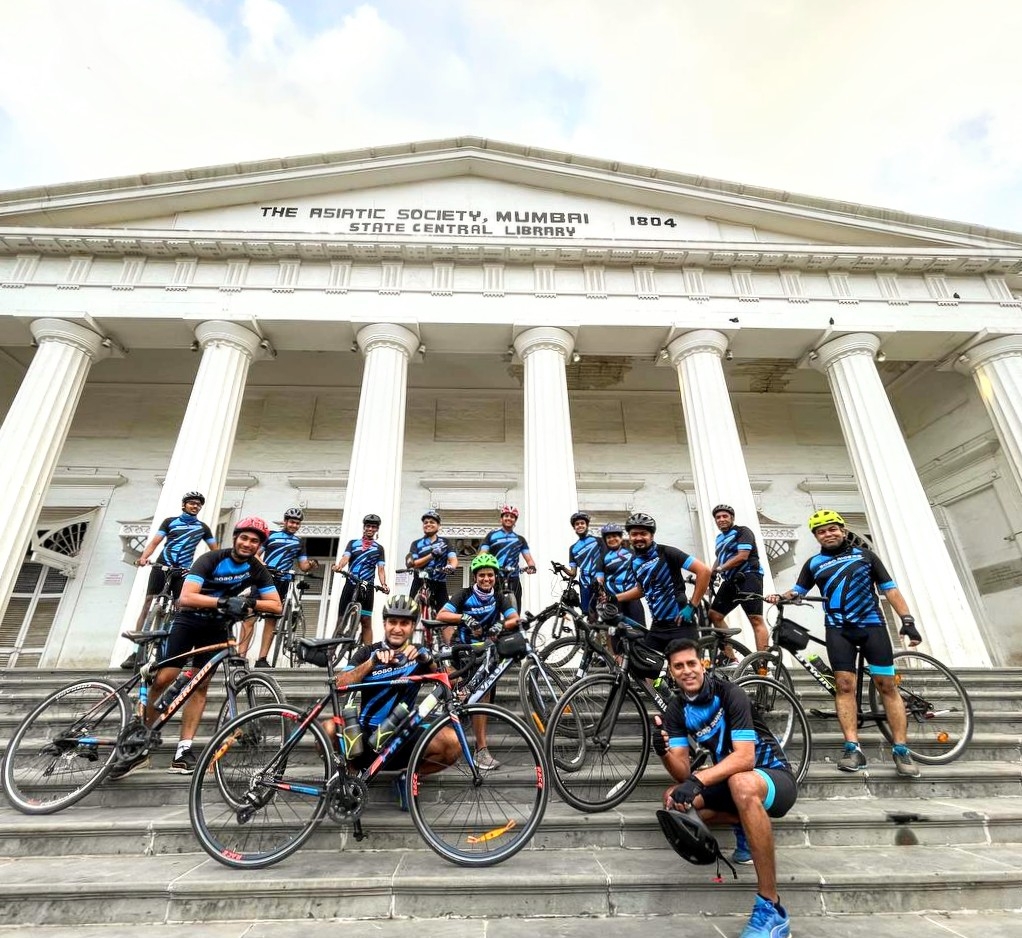 Covid has stalled many a cycle but it has revived the bicycle industry worldwide. In India, sales which were stagnant grew by over two-fold in the last year, so much so that one has to wait four months for lightweight, geared cycles which cost up to Rs 3 lakh.

The acceleration has been caused by the growing desire for fitness and personal mobility. With restrictions on movement and access to gyms or sports arenas, people have taken up cycling as an alternative way of exercising. The adoption of cycling as a lifestyle is growing across age-groups and is proof that the pandemic has changed mindsets. If only the pandemic had waned in India, cycling would get a fresh pedal on World Bicycle Day which falls on Thursday, June 3.

Mumbai has built up a cycling culture in the last ten years. Pedallers hit city roads early in the morning and the highways on weekends. Another positive sign is the emergence of digital rental bike systems across Mumbai and India.

There’s a cycle club in virtually every Mumbai suburb, with membership running into hundreds; from schoolboys to senior citizens. They organise long rides during the weekends, which cover forts to flowering trees to flamingo sites and at times, heritage precincts.

Then there are timed long-distance endurance events called brevets. However, the bulk of the riders are youngsters such as Nikhil George, 26; a corporate executive whose weekday ride is from Worli to Nariman Point and back before the traffic starts.

RTI activist Krishnaraj Rao, 56, and his son Viraj, 22, have had their own extreme version of a brevet; riding from Mumbai to Goa and Mumbai to Ahmedabad. Deputy Commissioner of Police Harish Baijal – the man who enforced the drink-drive tests -- often cycles from Dadar to his office at Cuffe Parade.

Similar stories come from several Indian cities which are joining the global trend. In the Netherlands, the ‘cycling paradise of the world’, almost everyone uses bicycles daily; the bicycle ownership per 1,000 persons there is 1,100. In China, it is 360 whereas in India it is a meagre 90. In Japan, ministers and bureaucrats pedal to work. Our Union Minister of State for Water Resources Arjun Ram Meghwal has been often seen cycling from his official bungalow to Parliament.

Indian cyclists, though, face far greater challenges. While the Smart Cities Mission of the Central government aims to facilitate walking and cycling, most of Mumbai lacks footpaths. In fact, Mumbai’s civic budget for footpath repairs this year has been slashed by 86 per cent. So, there’s a long way to go before a cycling ecosystem can come up.

As of now, our cities are planned exclusively for motorised transport. Dedicated tracks for cycles are absent in business enclaves such as the Bandra-Kurla Complex (BKC) or Mindspace or even in planned cities such as Navi Mumbai.

There is a cycle lane along an arterial road in Vashi, the first node of Navi Mumbai, but it’s pointless, since it is the only such lane. Now it is used as a car park and a vegetable market. A cycle track was demarcated with green paint in the BKC, at a cost of Rs 6.5 cr in 2011 but since it was not segregated, cars parked on it and the plan was abandoned in 2014. The plan for a cycle track at Malad’s Mindspace is yet to get off the ground.

There are plans but everything is on the backburner now. Maharashtra’s Environment and Tourism Minister Aaditya Thackeray had, in February, announced that arterial roads would be made pedestrian friendly and that cycling tracks would be provided wherever possible.

Safety remains a big concern, given the state of our roads and the skill of our motorists. Danger lurks underfoot in potholes and drain grates which are poorly laid and sometimes open. Environmentalist Sunita Narain had a nasty collision while cycling in Delhi not so long ago. In November 2017, Ashok Khale, 64, a champion cyclist and mentor for many, was knocked down on the Vashi bridge as he was cycling from his residence in Dadar to Khopoli. He died in hospital a week later. The NITI Aayog report on bicycles says that cyclists constituted 2.4 per cent of fatal road accidents in India during 2018.

The Energy Research Institute (TERI) estimated in its 2018 report, ‘Benefits of Cycling in India: An Economic, Environmental, and Social Assessment, 2018’, that cycling for short distances could result in an annual benefit of Rs 1.8 trillion to the Indian economy, which is equivalent to 1.6 per cent of India’s annual GDP.

The Indian bicycle industry is the second largest in the world, next only to China, with an annual production of 22 million and a turnover of Rs 7,000cr. However, it suffers on account of technology gap, lack of usage of superior materials and demand-related bottlenecks.

Cycling enthusiasts trying to make cyclothons as popular as marathons bemoan the lack of advocacy and policy intervention.

Part of the initiatives is the BYCS India Foundation, affiliated to BYCS, an Amsterdam-based social enterprise that is driven by the belief that bicycles transform cities. Founded in 2015, it works through its network of bicycle mayors and bicycle councillors in cities all over the world. In India, there are 36 bicycle mayors.

Mumbai’s bicycle mayor is a feisty woman named Firoza Suresh, whose latest initiative is to gift bicycles to women working as housemaids, cooks, sweepers and assistants in housing societies, etc. with the money coming from from corporates and crowd-funding.

At the national level, the India Cycles4Change Challenge launched in June 2020 prioritises the promotion of cycling through a collaborative method. Various state government initiatives like Karnataka’s free bicycle distribution and West Bengal’s 25 lakh bicycle distribution further promote cycling culture. The Delhi government, in its latest electronic vehicle policy, decided to give a 25 per cent subsidy on the purchase of e-bikes.

Coming back to Mumbai, the city’s dream project is the 39km-long and 10m-wide track, called ‘Green Wheels Along Blue Lines’. It is to be built on the space created by relocating 15,000 hutments along the Tansa pipeline—stretching from the eastern suburb of Mulund to Wadala in Mumbai city. Expected to cost Rs 300cr, this would be the largest non-motorised transportation system the city has ever seen.

The writer is an independent journalist based in Mumbai. He welcomes feedback on anilsinghjournalist@gmail.com.