Congress' dilemma: How to counter the Hindutva narrative, writes A L I Chougule 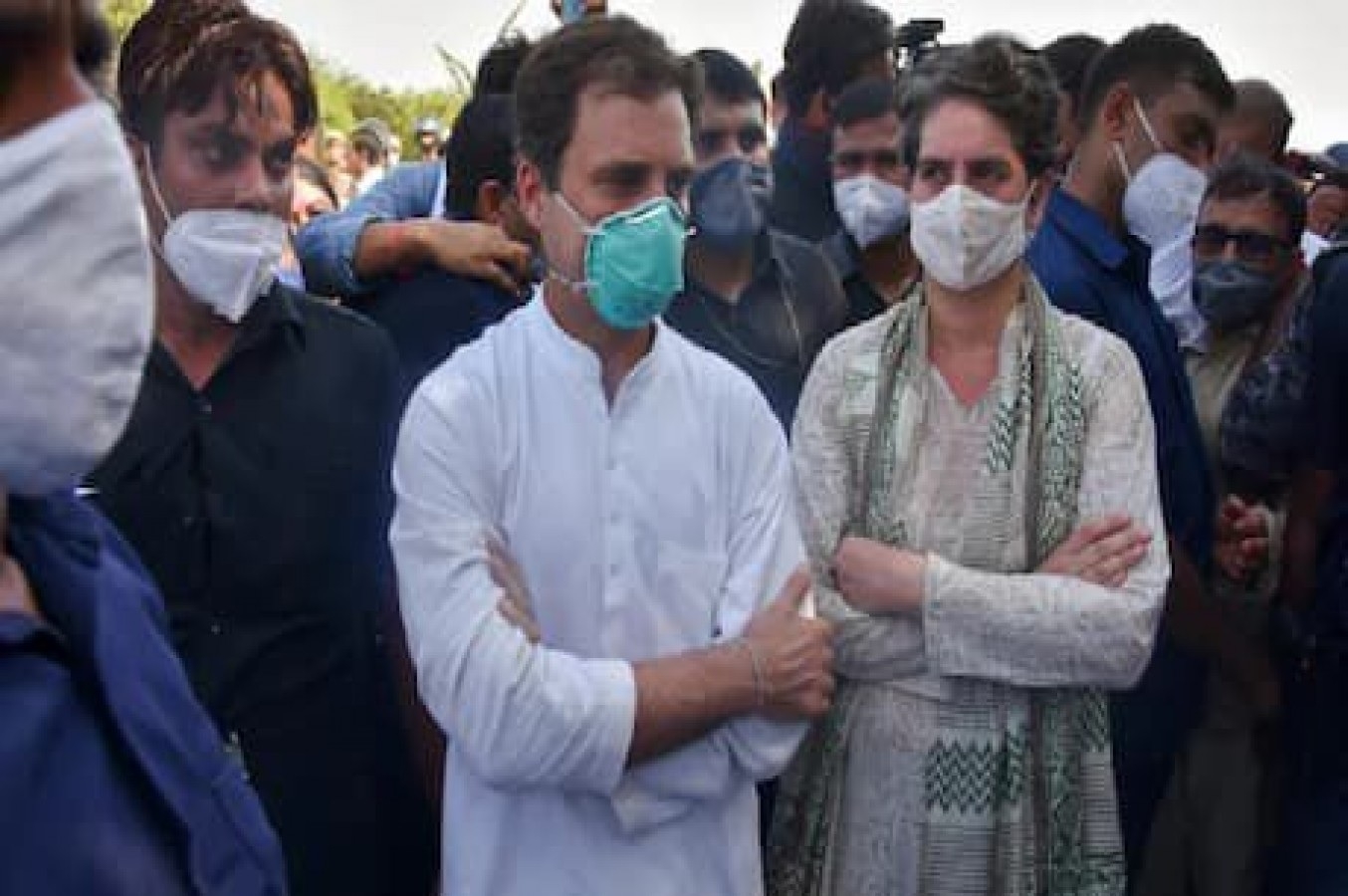 Last week on Monday, Prime Minister Narendra Modi launched the first phase of the Kashi Vishwanath corridor project amidst grand spectacle in his constituency of Varanasi in poll-bound Uttar Pradesh. It was an impressive show of religious rituals and prayers led by the prime minister in the garb of a Hindu devotee, with his every move in the spotlight of cameras telecast live on television. The visual and spectacle that accompanied the inauguration of the project marked the mixing of religion with development as the prime minister, in his speech, drew a link between culture, development, heritage and self-reliance, emphasising that 'this is new India'.

Considering that the project inauguration where Modi played up the 'Aurangzeb-Shivaji' binary came just a few weeks before the formal announcement of elections in five states (particularly in UP) early next year is no surprise. And whether this is part of the BJP's meticulous and well-choregraphed exercise to strengthen the party's divisive agenda in the run-up to the assembly polls is not difficult to guess, given that UP Chief Minister Yogi Adiyanath and many other BJP and Sangh Parivar leaders have been playing up the masjid mandir binary to polarise voters in UP ahead of the polls.

Significantly, a day earlier at a Congress rally in Jaipur, Rahul Gandhi drew attention to the difference between 'Hindus' and 'Hindutvavadis'. The latter, he said, sought power, not truth, followed the path of 'sattagraha', not 'satyagraha' and would do anything to win power. These two speeches, one by the prime minister and the other by a defacto leader of the Congress – a principal Opposition party – may be unrelated but together, they help set up the narrative of the political fight that's about to begin ahead of the upcoming assembly elections, as also in the polls that will follow subsequently.

Of course, the Congress is not a significant player in UP where the electoral contest will primarily be between the BJP and Samajwadi Party. The political fight between the Congress and BJP is national as also in other Hindi heartland states besides Gujarat and Maharashtra where the two parties are in direct contest. In the last seven years, the BJP has skillfully and doggedly batted for majoritarian politics, in which the minorities have been relegated to the fringe. The shifting of the political centre to the right has been the result of the BJP's overtly Hindutva politics, which has resulted in the marginalisation of minorities in state and national politics.

Politically, the BJP has almost had a free run to carry on with its majoritarian agenda to a point where the prime minister of a secular country performs puja and other Hindu rituals under the spotlight of television cameras, without any questions asked. This is not the first time when it has happened. Last year, the prime minister laid the foundation stone of the Ram temple in Ayodhya. Both the events underscore the larger point that India belongs to one religious identity, that is contrary to the idea of India as enshrined in the Constitution. The building of a popular and powerful socio-political discourse that mixes religiosity with politics of othering runs contrary to the principles of secular and inclusive democracy.

Countering this fundamental shift to the idea of India is the Congress, which is a pale shadow of its former self. Significantly, though feeble and undetermined it seems, it is the only party that has challenged the BJP, both politically and electorally, on several occasions and issues. It is another matter that it has not succeeded electorally in defeating the BJP at the national level as also in several state electoral contests. This is largely because of the Congress' inability to come up with a convincing narrative to counter the BJP and the divisive nature of its hard Hindutva politics.

The limitation of Congress in countering the BJP politically gives the saffron party political heft and communicative dominance, thanks to the pliant media, in defining Hindutva in terms of nationalism and self-respect. If the BJP is to be stopped in its free run to use Hindutva to its advantage, the Congress and other Opposition parties, instead of fighting among themselves, need to pick up the fight unitedly and speak coherently against the BJP's hyper nationalism and divisive Hindutva politics. Rahul Gandhi alone cannot do it. Neither can Mamata Banerjee. A united Opposition alone can compete with the BJP.

Coming back to Rahul Gandhi's Jaipur speech where he said that India is a country of 'Hindus', not 'Hindutvadis', and that 'Hindutvadis' have to be ousted and the 'rule of Hindus brought about in the country' is problematic. While he made a valid point in making a distinction between 'Hindus' and 'Hindutvadis', he made a serious mistake in describing India as a 'land of Hindus' and stressing that 'the rule of Hindus' needed to be restored in the country. Not surprisingly, his comment was panned by leaders of some Opposition parties like the CPM, NCP and AIMIM, who accused Rahul of practicing 'soft saffron politics' and pointed out that India was much more than just a ‘land of Hindus’.

If the Congress tries to play the 'soft Hindutva' game, which it has done in the past with limited success, it is unlikely to regain its old position as India's dominant secular party. Not only the Congress needs to formulate a fitting response to BJP's Hindutva politics in a way that will be understood easily by the common man, it also needs to change the narrative by focusing on the principles of the Constitution, sanctity of equality under the law and the importance of justice for all, irrespective of religion. In doing so, the Congress also must stress on India's diversity and inclusiveness in building a stable nation. Of course,this is easier said than done because today Hindutva has taken deep roots in India 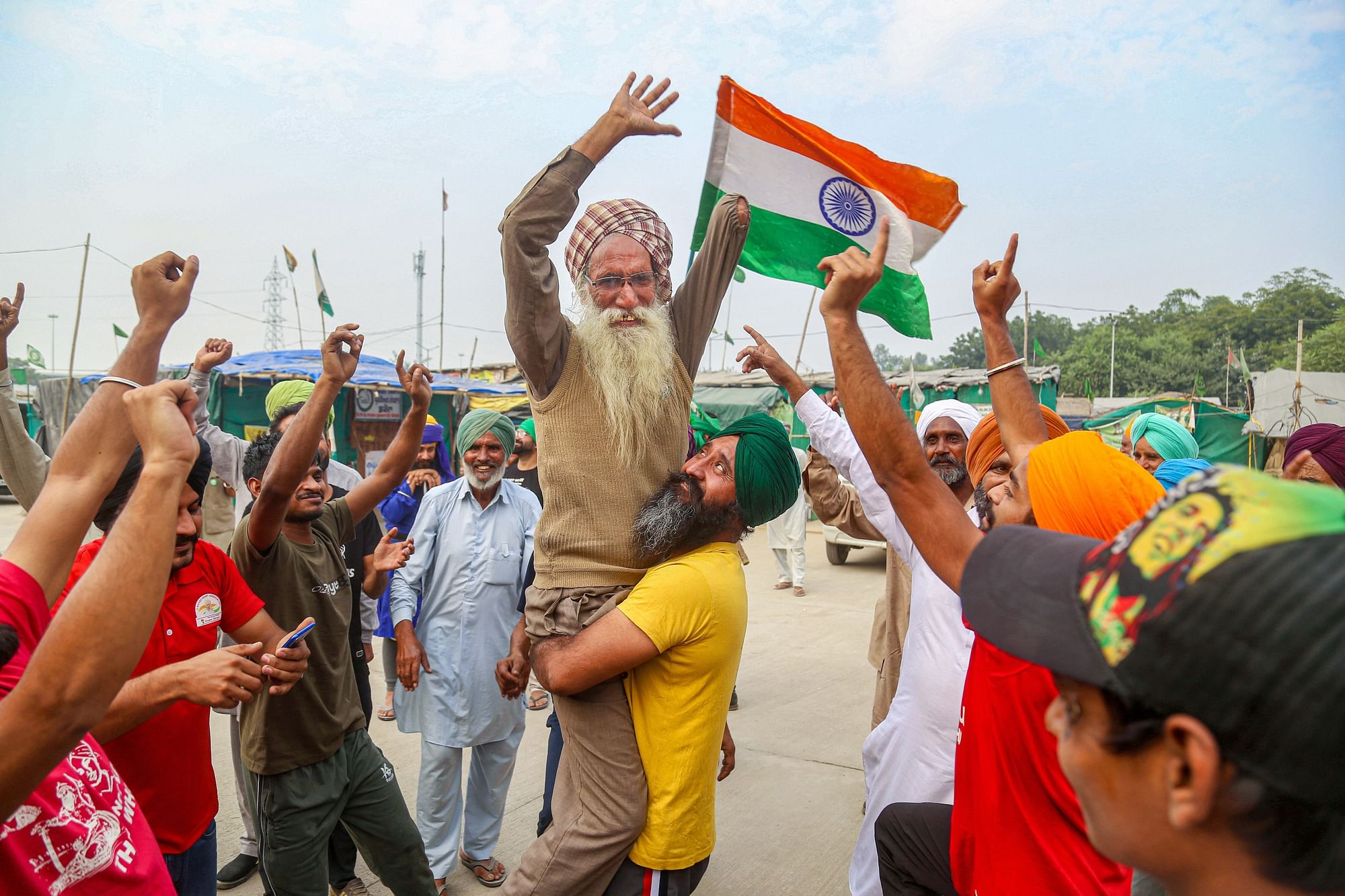 Farm laws repeal is victory for farmers and lessons for government, writes A L I Chougule