Coming up on Sept 30, the crucial Bhawanipore bypoll for Mamata: Will it be a cakewalk or a David-and-Goliath matchpoint? Robin Roy analyses

Following the political debacle in May 2021 at Nandigram, veteran Mamata Banerjee is now pitted against political rookie Priyanka Tibrewal of the BJP, but she needs to win the bypoll scheduled for September 30, 2021, failing which a crisis would befall her, as she would have to relinquish her CM post
Robin Roy 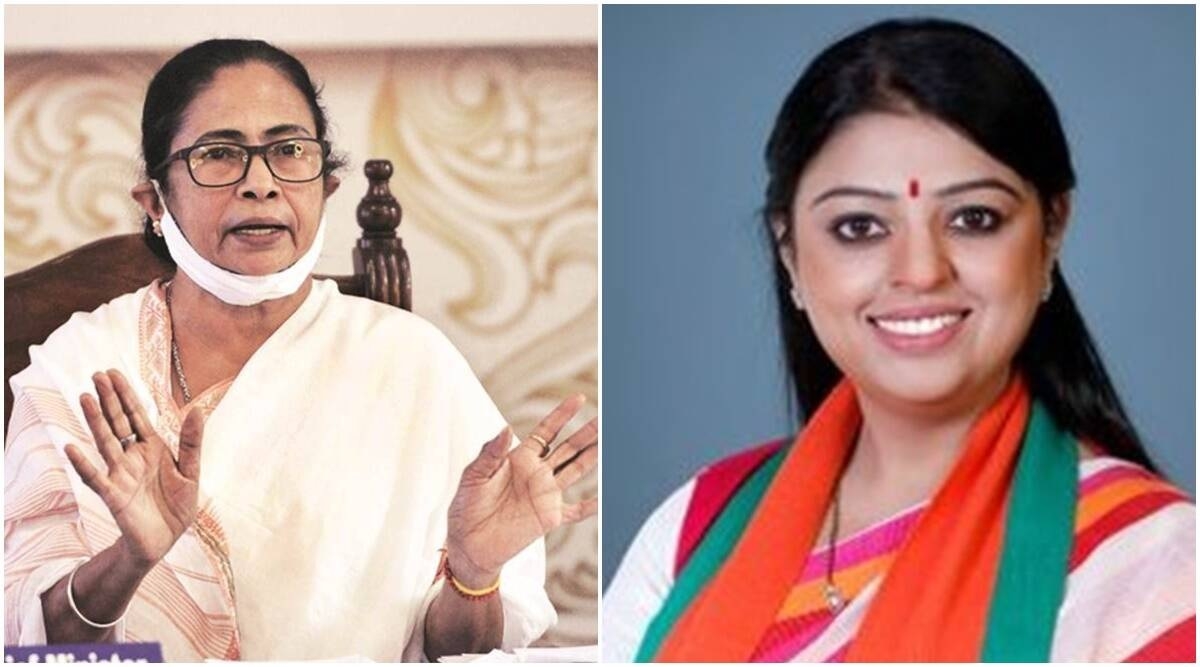 In the Judeo-Christian tradition is the famous story of David and Goliath, the first book of Samuel, Chapter 17. David knew that size doesn’t matter, it’s the heart, courage, and commitment that do. The same principle and thinking can be applied to one’s life and the challenges one faces. Think bigger than the challenge is, be bigger than the obstacle’s might and act as if it’s impossible for you to fail.

In politics, David versus Goliath sagas have played out time and again and political upsets in our country are no big deal.

Be it former Prime Ministers Lal Bahadur Shastri, V P Singh or the former UP Chief Minister Hemvati Nandan Bahuguna or Murli Manohar Joshi of BJP who was elected thrice from the seat, none have even managed to come close to the whopping 1,87,895 votes logged by Bachchan. Thirty-seven years on, Big B still holds the record.

Govinda was fighting his maiden electoral battle while Naik was set for a fifth consecutive term. Of course, Govinda won by just 11,000 votes but ended up being labelled a giant-killer nevertheless!

Somnath Chatterjee had won 10 Lok Sabha elections from 1971 till 2009. His only loss was to a young Mamata Banerjee (of the Congress) in 1984 from Jadavpur.

But as they say, politics is a game of uncertainties. In 1989, Mamata lost the election to the CPI(M)’s Malini Bhattacharya in the same Jadavpur constituency by 30,900 votes with a vote share of 46 per cent.

Following the political debacle in May 2021 at Nandigram, a veteran Mamata is now pitted against political rookie Priyanka Tibrewal of the BJP, but she needs to win the Bhawanipore bypoll scheduled for September 30, 2021, failing which a crisis would befall her, as she would have to relinquish her CM post.

It may be noted that following the BJP’s crushing defeat in the May 2 assembly elections, Mamata appeared to be one of frontrunners in the Opposition; however, the irony is that she has to win this bypoll to remain ‘politically relevant’.

Mamata is drawing from all resources, in the form of party heavyweights, to ensure that her outreach in Bhawanipore is complete.

There are several reasons why Mamata decided to make a shift-in-seat strategy before the crucial state assembly polls in May 2021. Bhawanipore in south Kolkata, is an assembly seat she had represented for two terms ever since 2011. It’s also part of her Kolkata South Lok Sabha seat (between 1991 and 2009). Why did she move out to Nandigram from Bhawanipore? Wasn’t it a safe seat for her any longer? Let’s take a look at what had happened in Bhawanipore in the recent past.

Her TMC influence has been consistently waning in civic ward number 73 (in Bhawanipore) since the Lok Sabha election in 2014. The margin was less than 1,000.

To further add to the party’s woes, there are several wards in Bhawanipore and the constituency in Rashbehari where the TMC trailed in the 2019 Lok Sabha election. In areas near Bhawanipore, like Chetla, the home turf of mayor and Urban Development Minister Firhad Hakim, seems to be a pitch which is slipping away. The 14,000-vote margin that Hakim had won from ward number 82 in Chetla in the civic body election held in the beginning of 2019 came down to 1,100 by the 2019 Lok Sabha election in May.

Ward numbers 70 and 72 are mainly inhabited by Marwaris and Gujaratis. There’s a sizable number of Sikhs too.

Bhawanipore also has Muslim voters pegged at 20 per cent, who speak either in Urdu or Hindi.

Mamata had won the 2016 assembly election from here with a margin of around 25,000 votes. She had won against Deepa Das Munshi of the CPM-Congress alliance.

In terms of experience, BJP candidate Priyanka Tibrewal is a political rookie. She joined the BJP in August 2014 and unsuccessfully contested the civic polls from ward number 58.

However, during recent campaigning, Mamata has been urging the people of Bhawanipore to vote for her so that she “could remain a CM and serve people…” Why is Didi saying so… is it a desperate call? She’s a political veteran and has seen the ups and downs of ‘rajneeti’ and hence, it’s her political acumen telling her not to take things lightly, considering the slippery path of politics.

Meanwhile, voters will have the final say on September 30, 2021 as this election is being considered to be a crucial poll which can make or break a lot.

The writer is Senior Associate Editor, The FPJ, Mumbai