The denigration of the man who led the Indian freedom struggle and the glorification of the Hindu zealot who assassinated him has become an industry. WhatsApp University graduates gleefully forward posts about minutiae from his life to somehow show him in a bad light. Gandhi is blamed for Partition, for the execution of Bhagat Singh, for appeasing Muslims and even for the mess India is in
Anil Singh 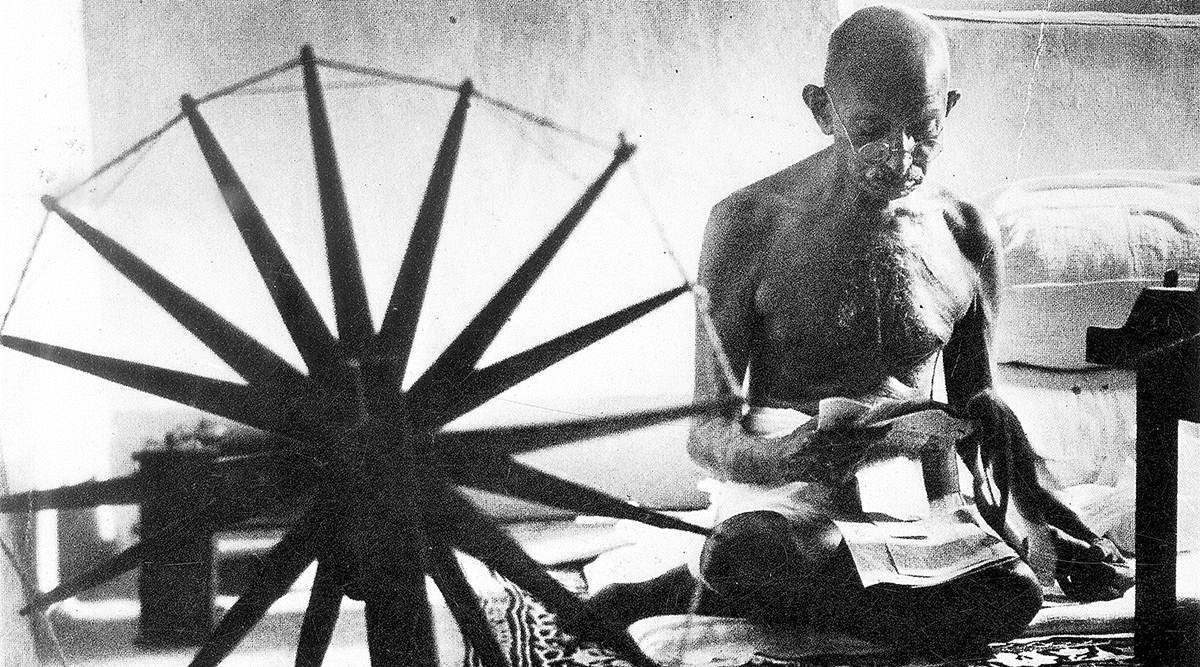 Who could have imagined that on his 152nd birth anniversary Mohandas Karamchand Gandhi would have to share the spotlight with Nathuram Godse? The denigration of the man who led the Indian freedom struggle and the glorification of the Hindu zealot who assassinated him has become an industry. Social media is full of posts cursing and abusing Gandhi. Graduates from the WhatsApp University gleefully forward posts about minutiae from his life to somehow show him in a bad light, the context being immaterial.

Gandhi is blamed for Partition, for the execution of Bhagat Singh, for appeasing Muslims and even for the mess that India is in. Godse, on the other hand, is lauded as a nationalist Hindu, a patriot, a hero who slayed a demon. Even Bhagat Singh would come second to him.

So much so that ‘Nathuram Godse Zindabad’ was trending on Twitter on the morning of October 2, 2020. By evening though, the hashtag ‘Gandhi Jayanti’ had overtaken Godse; 2.63 lakh to 1.17 lakh. A candidate who hailed Godse as a patriot was elected to Parliament where she repeated the assertion.

The Akhil Bharatiya Hindu Mahasabha, a right-wing Hindu nationalist outfit, celebrates January 30, the day Gandhi was assassinated, as Shaurya Diwas in honour of Godse, who was one of its members. It even tried to instal his bust in its office in Meerut. It’s not the loony fringe alone, after the Modi government came to power in 2014, several leaders of the Sangh Parivar have been demanding national recognition as freedom fighters, for the killers of Gandhi.

When the world was celebrating Gandhi’s 150th birth anniversary, the Mahasabha enacted his assassination, garlanded Godse’s portrait and distributed sweets. No, Pooja Shakun Pandey, the Mahasabha leader behind this act, was not denounced as anti-national, nor was she arrested for sedition or UAPA. Not to be left behind, Vicky Mittal, head of the BJP’s IT cell in Indore, demanded that Godse’s pistol be put on auction to determine which of the two – Gandhi or Godse – was more popular.

All this was happening even as PM Narendra Modi was in the US, spouting Gandhi and penning a piece on him for the New York Times. In the article titled, ‘Why India and the World Need Gandhi’, he said that Gandhi envisioned Indian nationalism “as one that was never narrow or exclusive but one that worked for the service of humanity”. He also invited thinkers, entrepreneurs and tech leaders to take the lead to spread Gandhi’s ideas through innovation. ‘Organiser’, the English journal of the Rashtriya Swayamsevak Sangh (RSS), even dedicated the October 6, 2019 issue to ‘Mahatma Gandhi’ under the caption, ‘Soul of Swaraj’.

So, why the dichotomy? The present regime must choose between Gandhi and Godse. Instead, it tries to appropriate Gandhi even as its policies are at variance with his teachings and even as hardliners continue to rubbish him. Gandhi staked his life to stop the post-Partition Hindu-Muslim riots, something for which the right-wing hardliners hate him. The RSS then wanted all Muslims out of India.

The same kind of hatred is reserved for people like Harsh Mander, who quit the IAS to work for communal harmony after Godhra. Mander, who launched the Karwan-e-Mohabbat campaign in solidarity with the victims of communal violence, was sought to be prosecuted for a ‘hate speech’ in the 2019 Delhi riots. Last month, the Enforcement Directorate searched his offices and home for alleged money laundering. Meanwhile, the man who raised the slogan, ‘Desh ke gaddaron ko, goli maro saalon ko (Shoot the bloody traitors)’ at his election rally has become a Union minister.

Academics who refuse to toe the line aren’t spared either. Gandhian scholar Rajni Bakshi wrote a piece in the Indian Express on October 1 last year on how Gandhi transcended hurt and resentment, channelling the energy into a higher purpose. She was trolled for it. Except for the odd appreciative letter, the response was an avalanche of abuse, no doubt the handiwork of BJP’s hate factory. This is how anyone who is anti-establishment gets labelled as an anti-national, an urban Naxal. This is the kind of sentiment that has resulted in the liquidation of Dabholkar, Pansare, Kalburgi and Gauri Lankesh.

Madhav Sadashiv Golwalkar, RSS leader in its formative years, named Muslims, Christians and Communists respectively as the three biggest ‘internal enemies’ of the Hindus in India in his ‘Bunch of Thoughts’ (1966). Historian Ramchandra Guha says the ideology and programme of the RSS can be summarised in six words: We shall show Muslims their place. It is in this light that several people are uneasy with the Partition Horrors Remembrance Day announced by the PM on Independence Day.

The BJP’s propaganda machine now produces selective pieces about Gandhi appreciating the selfless work of the RSS. However, the truth is that Gandhi said the RSS was ‘communal with a totalitarian outlook’. In fact, Vallabhbhai Patel, whom the RSS juxtaposes with Nehru, was forthright in holding it and the Hindu Mahasabha responsible for creating an environment of hatred against Gandhi which resulted in his assassination. Patel, the first Union home minister, not only condemned the distribution of sweets by certain supporters of the RSS to “celebrate” Gandhi’s assassination but also outlawed the organisation and jailed many of its leaders, including Golwalkar, for about a year and a half.

It is not as if Gandhi has not been criticised by his contemporaries and by historians. To elevate him to sainthood and to call him a Mahatma is a bit too much. He was an astute politician but his fancy notions about Hinduism, self-sufficient villages, nature cure and celibacy were not shared by all. Dr Babasaheb Ambedkar was openly critical of Gandhi’s endorsement of the caste system. The man had his flaws but his life was an open book, he practised what he preached, never hankered for power and constantly evolved. Not for nothing has he been the inspiration for those swimming against the tide; from Martin Luther King to Ho Chi Minh to Nelson Mandela to Barack Obama.

Mocking Gandhi may be in vogue but walking a mile in his footsteps can transform a fanatic into a follower.