China wants the world to sit up and listen to it

In some ways, China has suddenly woken up to the need to let the world know how big its plans really are. Hitherto it let its performance do the talking. It is now in a position to tell the world how it will be shaping thefuture. Not only for itself, but for the world as well.

While this author was in China to make a presentation (http://www.asiaconverge.com/wp-content/uploads/2019/11/2019-11_China-lecture-presentation.pdf) at the China Institute of International Studies (CIIS), he also had the opportunity to listen to the presentations made by eminent Chinese scholars. One of them was by Prof Zhang Weiwei, Director, China Institute, Fudan University. And what he had to say was quite interesting indeed.

He pointed to the way China had grown during the past four decades (1978-2018). The numbers are an eyeopener for most people (see chart). But perhaps the most impressive achievement of China has been － Prof Zhang did touch upon this briefly － that this country has lifted almost 85 per cent of its people out of poverty and will have eradicated poverty (technically speaking) almost entirely by the turn of this decade. Another achievement of China has been the near eradication of illiteracy. Today it boasts of better literacy levels than many developed countries as well.

This is not to dismiss the country’s achievements on the economic front. But the biggest service a government can do to its people is to provide them with decent education, and with opportunities that allow them to earn a living and give themselves a chance to rediscover the meaning of dignity. These are lessons Indian planners ought to bear in mind.

Of course, it needs to be underscored that much of this was possible because China has democracy at the lower levels of the political system, but a ruthless process of allowing only those who perform － and have verifiable achievements to their credit － to climb the political ladders to higher levels. It is a combination of election and selection. A country that does not reward the meritorious and instead finds excuses to club them with the not so meritorious is not likely to travel very far in the race towards excellence or even equity.

Zhang also talks of the four industrial revolutions that have taken place in his country. China first focussed on industries like textiles and began to develop its eastern coastal regions for easy access to export and import. It did amazingly well － becoming the world’s largest exporter of garments. That phase ended in 1995.

By this time, China had already moved on to the second phase of industrialisation – focussing on infrastructure, steel and cement. That was when China also chose to embrace the World Trade Organisation (WTO) and allowed itself to sacrifice agriculture so that its industrial products could find global markets. It also fitted in quite well with the water policies that China had to pursue. It has little water (http://www.asiaconverge.com/2019/05/india-should-learn-water-management-from-china/), even after becoming an excellent manager of waste-water, recycling ad rainwater harvesting. India cannot afford to do this because its backbone is agriculture, and could become the world’s biggest export market of milk in the next two decades. That is if the government does not sabotage this industry.

But the whole world will be closely watching China’s moves in the third phase of its industrial revolution – as it expands into telecommunications trouncing the biggest of players in the world. Huawei is already the biggest seller of routers and telecom equipment. Chinese mobile phones companies have grabbed the largest global share of low and medium priced devices. And now it wants to show its prowess in the field of 5G.

And the game that will decide the future of science and technology will be the fourth phase of industrialisation involving big data, AI (artificial intelligence), quantum communications, etc. These are areas that India’s planners have not even given serious thought to. A senior defence adviser talks of how one of the brightest brains in the field of quantum computing returned from the US and wanted to set up an institute in this field for India. But India’s policymakers in the defence ministry and also the science and technology ministry just gave him the cold shoulder. Then China invited him, and he currently heads one of that country’s major projects in quantum computing. Obviously, the future of security, defence technology, computers ad medicine will increasingly depend on this line of science.

China thus remains firmly focussed on growth and the future. Can India’s planners begin a national debate on what is required to achieve such goals and achievements for its people? Clearly, both the vision and the implementation need close examination and public debate. 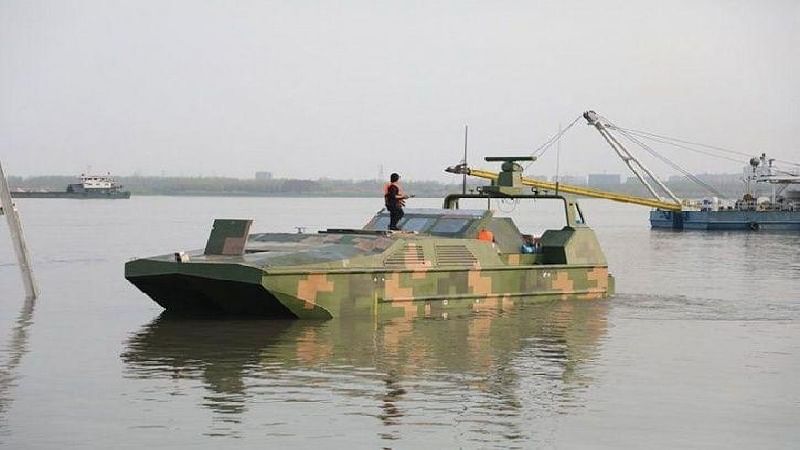 HomeAnalysisChina wants the world to sit up and listen to it