China has a better version of Panchayati Raj

China is about to launch a new national programme promoting social governance. On November 17, 2019, the People’s Government of Wuxing District, Houzhou, China, held its inauguration ceremony of the Nan Taihu Social Governance Institute. It marked the birth of a thinktank dedicated to studies on social governance at the grassroots level. The think tank will formalize processes which could be used by other states for introducing social governance there as well.

Social governance has been practised in the Zhejiang province for almost a decade. The pilot project now appears to have reached critical mass. It could get launched as a national programme soon.

Zhejiang now showcases to the world the significance of social governance. The ceremony was held in Zhili (pronounced more like Chile but with the first syllable sounding halfway like Julie). Zhili is part of Yu village Zheijang Province in China. The social governance experiment is crucial also because President Xi Jinping used to be in charge of this province just around the time when the programme was kicked off.

The social governance institute is significant also because it is the culmination of the proposals made in the 19th National Congress of the Communist Party of China (CPC) in October 2019. It reinforces the close connection between speedy dispensation of judicial redress at the grassroots level, which in turn reduces the cost of doing business.

This was something the Romans too knew. They set up courts for speedy disposal of cases, because they knew that delayed justice comes with a very high economic cost.

But India has ignored this need for long. Cases drag on in India – some by connivance, some by stealth (because India’s policy makers keep judicial vacancies unfilled) and some because of terrible judicial practices which allow the fabrication of evidence, destruction of evidence, and the inability of the courts to haul up a police force for filing clumsily drafted chargesheets, or filing them very late.

In fact, social governance is one of the key factors which contributed to Zhili becoming one of the most important industrial centres in China (http://www.asiaconverge.com/2019/12/zhili-the-largest-children-garment-centre/). It is the world’s largest centre for the manufacture of children’s garments. Zhili is also a centre for high tech companies.

In some ways, it is like the Panchayati Raj India has espoused for long, but lacked the political will and judicial sagacity to enforce. It highlights the close linkage between business growth and success, and the need for low-cost, speedy and effective dispute redressal (http://www.asiaconverge.com/2012/09/judicial-delays-hit-arbitration-awards/). The Yu model thus becomes both a business enabler and a social binding agent.

The Yu model has its roots in the statement made by Xi Jinping on October 15, 2005 as secretary to the Xhejiang Provincial Party Committee. He had gone to investigate “the Rule of Law in Zhejiang”. He had then fully affirmed the practice of Yu village in promoting “democratic elections, democratic decision making, democratic management and democratic supervision”. Zhili was to be the pilot site for “the integration of the rule of law, rule of autonomy and rule of virtue.”

In this system, the local community works in tandem with judges appointed by the state and dispense speedy justice for any dispute arising between neighbours, businesses and corporates – sometimes even disputes between the community and the corporate. The idea is to allow local laws to integrate with national laws – distinct, yet part of an entire legal structure. This, gradually, gives people a new perspective.

Thus, the police train citizens on ways to prevent crime – as that is cheaper than then tracking down an accused and penalising the criminal. It teaches them to work in harmony with society.

As an official document puts it, “A harmonious society is not a society without contradictions and the society always advances in resolving contradictions. In recent years, the villagers have changed a lot – from learning from the law, knowing the law, and obeying the law to believing the law, respecting the law and using the law.” That in turn leads to fewer contradictions, explain experts, and sometimes even to zero disputes and petitions.

Social governance also includes another exhortation of Xi Jinping － made in 2004 － that “lucid waters and lush mountains are invaluable assets (local villagers translate this as “clean water and green mountains are mountains of gold”). As a result, the entire area is verdant with flowing streams carrying clean water.

Today, the district is famous for its lush greenery, its flowing streams, its non-polluting industries (it used to promote mining and quarrying earlier), innovative (including organic) farming. And it is a beehive of business activity too.

Are India’s policymakers paying heed to this? 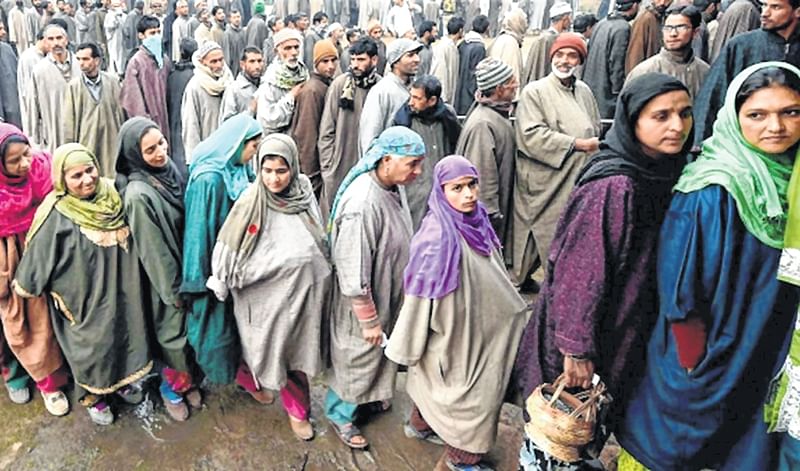 HomeAnalysisChina has a better version of Panchayati Raj