Since 2011, when immigration became an election issue, Singapore has tightened requirements for foreigners looking to relocate there. The number of employment passes – issued to foreign professionals, managers, executives and technicians – approved each year slowed to an average of 3,000 between 2014 and 2017, compared to a peak of 32,000 in 2011.
Sunanda K Datta-Ray 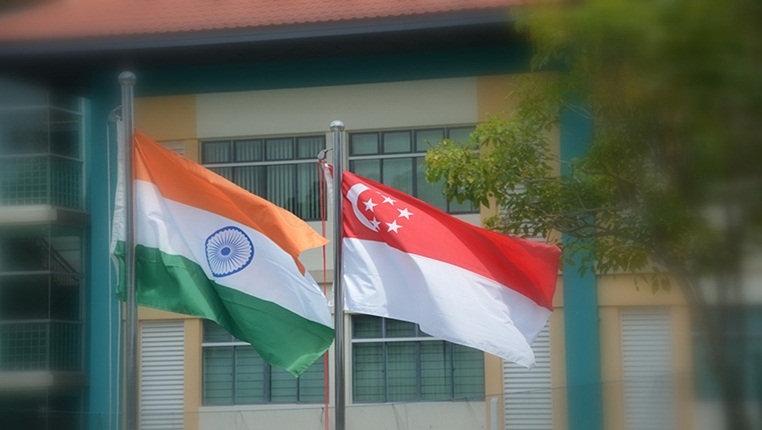 As we know from complaints by African students in India, the flight of people from the north-east from western and southern states as well as from Delhi, and the suffering silence of many of India’s Muslims, no nation on earth is entirely free of race prejudice. So it should surprise no one that many ethnic Chinese in the tiny city-state of Singapore which presents a dazzlingly modern face to the world should currently be suffering pangs of regret over the close social and economic ties with India, that Singaporean leaders have worked hard to achieve.

At one level, the regret is over fears of losing jobs to better qualified people from India. True or not, the case is repeated of former banking professionals having to fend for themselves as drivers of Grab (the equivalent of our Uber) cars. At another, new immigrants from India are accused of introducing social snobbishness and a revival of Hindu caste prejudices. All these allegations are based more on anecdotal than statistical evidence but sometimes an incident occurs that seems to lend substance to charges and justify local resistance to newcomers.

One such incident which was widely reported on social media refers to an India-born naturalised Singaporean called Ramesh Erramalli whose wife is a born Singaporean. Mr Erramalli was reportedly caught on closed circuit TV yelling vulgarities at a security guard outside his apartment building, telling the hapless worker he had paid the Singapore dollar equivalent of US$1.1 million for his flat and should not have to fork out more money for guest parking. “I’m not staying in HDB, you know” he added, referring to the subsidised Housing Development Board flats in which perhaps 70 per cent of Singaporeans live. That remark embodied the supposed snobbery of well-heeled expatriate Indians. An added outrage may have been the fact that while Mr Erramalli is Indian, the security guard was Chinese and, therefore, in a sense more of a native. No wonder the video of the exchange soon went viral. Mr Erramalli was told to “go home” and not bring his country’s caste system to the city-state.

For good measure, some critics added that Mr Erramalli’s qualifications had been falsified (which is not true) and that he is an Indian national, which is also untrue. Calling for his employer to sack him, people blamed the Comprehensive Economic Cooperation Agreement or CECA for the contretemps. Days after the video went viral, hundreds of demonstrators turned up at a public rally protesting against CECA and Singapore’s population growth. This public anger was reminiscent of that seen in 2013 when the government issued a projection that Singapore’s population could hit 6.9 million by 2030. The number currently stands at 5.7 million, roughly 1.7 million of whom are foreigners. “I think he’s a new citizen and I don’t think he blended in, he didn’t integrate well,” said Gilbert Goh, a Singaporean activist who runs a non-governmental organisation counselling unemployed Singaporeans, who organised the anti-CECA protest.

On a note of defiant patriotism, Mr Goh, who has been demonstrating outside Tata’s Singapore headquarters with a placard reading “SCRAP CECA. JOBS FOR SNGAPOREANS” declared, “You can silence me, you can destroy my voice but not my heart which will always be speaking up for my country, my people! This is the price we will pay as an activist advocating for a better Singapore but we all willingly do it even though we may go to jail for doing so.”

Ironically, when Manmohan Singh and Lee Hsien Loong, Singapore’s current prime minister, signed CECA in New Delhi on 29 June 2005, it was hailed as heralding “a larger process of Asian integration.” Mr Lee’s predecessor, Goh Chok Tong, had first mentioned such a pact to Atal Bihari Vajpayee in 2000. A 10-member joint study group was then set up and a 30-member negotiation team led by Heng Swee Keat, now Singapore’s deputy prime minister with charge of the finance portfolio, but at the time permanent secretary for trade and finance and industry, visited New Delhi. Thirteen rounds of negotiations followed until the formal signing during Mr Lee’s state visit to India. A press release issued at the time said that the agreement would “further enhance bilateral ties by catalysing the already growing flows of trade, investment, ideas and people.”

CECA is one of some 25 free trade agreements that Singapore has with numerous parties including the European Union. But it’s the only one with a South Asian country. Moreover, it marks the fruition of a dream that began on 15 August 1947 as sitting by the radio in his rooms in Fitzwilliam College, Cambridge, the present prime minister’s late father, Lee Kuan Yew, the creator of modern Singapore, listened spellbound to the eloquence of Jawaharlal Nehru’s “Tryst with Destiny” speech rolling through the ether. “I have always taken a keen interest in both China and India” Lee Sr said when delivering the Jawaharlal Nehru Memorial Lecture in New Delhi in 2005. “Like all democratic socialists of the 1950s, I tried to forecast which giant would make the higher grade. I had rather hoped it would be democratic India.”

He had also once expected India to take Britain’s place in South-east Asia. When Harold Wilson, the British prime minister, announced the withdrawal of British troops from the region, the senior Lee, then Singapore’s prime minister, flew to New Delhi and tried to persuade Indira Gandhi to fill the vacuum. Later, he came up with other proposals such as India using the vacated British base in Singapore as an industrial hub. Or treating Singapore as the diplomatic base from which to build relations with the rest of the region. Nothing happened till CECA which was expected to facilitate the flow of global investment in India through Singapore, with Singapore collecting middleman’s fees. But contrary to social media propaganda CECA does not breathe a word about labour.

Since 2011, when immigration became an election issue, Singapore has tightened requirements for foreigners looking to relocate there. The number of employment passes – issued to foreign professionals, managers, executives and technicians – approved each year slowed to an average of 3,000 between 2014 and 2017, compared to a peak of 32,000 in 2011. According to Mrs Josephine Teo, the manpower minister, the current rate of immigration allows Singapore to achieve close to the same effect as if Singaporeans had a full-replacement total fertility rate (TFR) of 2.1.

Meanwhile, even Singapore Indians are angry with Mr Erramalli, complaining that like all new migrants, he looks down on them. It’s not about race but nationalism, they say. Someone who shows disrespect to Singapore or Singaporeans has no place in the city-state.