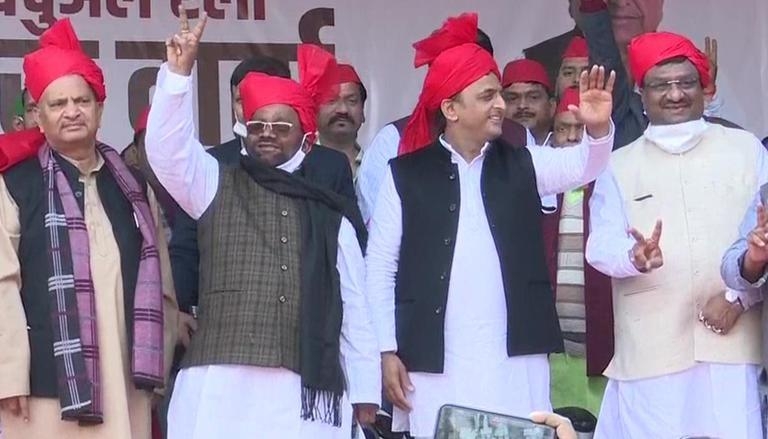 The churning in Uttar Pradesh is being keenly observed for the apparent exodus of some caste leaders. Is it caste reengineering or a repeat of the Bengal elections, where a similar exodus was seen from the ruling Trinamool Congress to the Bharatiya Janata Party? Apparently, caste is more powerful in states like UP than ‘vikas’. It is a complex situation. It would be interesting to observe whether or not development will be a vote generator in this election.

It is interesting to recall that a host of leaders, MLAs and others joined the BJP in Bengal and most got tickets too. However, only a few got elected to the Bengal assembly in 2021, of the 73 MLAs. The story did not end there. As Mamata Banerjee romped back home with a thumping majority, again a reverse exodus started and continues till the day. That includes the Matua community leaders who had helped the rise of the BJP in 2019 elections.

The comparison is slightly incongruous. The politics of Bengal and UP are different. What remains to be seen is whether a Bengal-like situation is developing in UP. If UP’s ruling BJP sees the exodus in that light, maybe it remains comfortable.

Does it mean that Samajwadi Party has become powerful and can dislodge the BJP? Not easy to say but the SP is doing caste reengineering almost the same way the BJP did some years ago. SP leader Akhilesh Yadav is roping in different, smaller caste groups. Since December 11, 2021, 17 leaders have quit the BJP and most of them have joined the SP.

Most of the leaders leaving the BJP since December 2021 are from different OBC groups, having influence in different areas. This includes Omprakash Rajbhar of the Suheldev Bharatiya Samaj Party, a caste based party of Rajbhars. They are among the extreme backward OBCs, with influence in many parts of eastern UP. Will the politics of a ‘reformist economy go on or will we opt for a new model? Bengal holds the...

Swami Prasad Maurya is the leader of another caste group spread in about 30 constituencies. Following him so far, four others, Roshan Lal Verma, Bhagwati Sagar, Roshan Lal Prajapati, ministers Dara Singh Chauhan and Dharampal Saini have quit the party and more are said to be in the queue. UP Deputy Chief Minister Keshav Prasad Maurya hints that these people left the party for their selfish ends. The overall perception is that the SP has won back its lost grounds with the Jats of Jayant Chaudhury’s RLD and minority groups. The Yadavs are largely with the SP. Akhilesh Yadav trying to win over smaller parties is again an attempt to unite splinter caste votes, a strategy that helped the UP BJP in 2017.

BJP spokesman Sangeet Ragi says that like in the previous election, the party is replacing about 50 to 60 per cent of its MLAs and those who have left, have done so fearing this. Of late, another caste leader of Apna Dal is also clamouring for 36 seats in the state elections. So far, the BJP has offered it five. It is not easy for the BJP to concede its strongholds to caste parties. It also cannot strengthen smaller parties at its cost. It cannot leave the field to caste parties and empower their leaders.

The concern is legitimate. Most caste leaders have been given important party or ministerial portfolios. They are not losing the opportunity to further increase their clout in the region. Neither the BJP nor its cadres are served by this for their national goals. The cadre is unhappy in different pockets and the BJP has to take care of them during these critical times.

The party and the cadre of allied organisations manage the BJP campaigning at the booth level. It is they who make voters move to the EVM booths. The social engineering that had helped the BJP win 325 of 403 seats also brought with it the baggage of smaller parties. These parties cause many problems for the big brother. They are viewed as a burden but nobody can say so. In a way, those leaving the BJP are helping it, the party leaders believe. Another concern that remains is how to take these caste groups along.

Those leaving the BJP include Brahmins and the extreme backward classes and Nishads, who in 2017, had given the party an edge. They are from places like Allahabad or Prayagraj, Ballia, Bahraich, Sant Kabir Nagar, Sitapur, Azamgarh – all in eastern UP. There are some defections from Agra and Bulandhshahr too. A challenge is being noticed in key western UP areas in Mathura, Aligarh, Hathras, Baghpat and adjacent areas, wherever the RLD has influence.

As the SP is seemingly gaining enough to pose a challenge, the BJP also has successfully tried to engineer defections from other parties, though apparently not at even keel. A belligerent Akhilesh Yadav is challenging the statement of CM Yogi Adityanath – 80 per cent with BJP and 20 against – with reversing it as in his favour. He is criticising Yogi for giving it a communaltinge. The BJP feels it is heightened Hindutva that would help it cross the opposition challenge. Maybe, but if some local party leaders and activist cadres are to be believed, though polarisation may be helping, the party has to look at numbers too.

It had won about 100 seats with a margin of 100 to 2,000 and these marginal seats are a matter of concern. Moreso as the SP is supposed to have increased its vote share from 21.5 per cent in 2017 to 31 per cent. The BJP vote share remains around 40 per cent as per surveys. It had 39.67 per cent votes in 2017. This means while the SP has added to its kitty, the BJP share remains stagnant or it has not been able to add more support despite its focus on Hindutva, the Ram temple, Vishwanath corridor and the Sri Krishna temple. The same old question on dissenters and their fate persists in a brand new era, writes Shivaji...

A BJP election organiser in eastern UP says that it is a small concern. The party is confident about the edge it has against the SP.It has also to see how the Congress acts in this election. Though nobody says it has much strength, its recent roadshows, the approach of Priyanka Gandhi may cause some surprises in pockets. So far, no Congress-SP understanding is being seen. The Bahujan Samajwadi Party, for now, remains an enigma.

Other party campaigners in western UP feel that the BJP’s gains in the west will be limited. It has to gain the maximum from the east. In central Avadh too, its fortunes may be varied.

The rise of the SP is being noted in the BJP but it says the SP has its own baggage. After the recent panchayat elections, aggressive Yadav posturing is said to have annoyed people in the rural areas, reminding them of its 2012-17 lawless regime. The more Akhilesh becomes active, more people will turn against it, it is felt.

The minorities aligning with the SP may also hurt it, is yet another perception. The en bloc voting of the minorities causes reactive voting and that helps the BJP. The Hindutva and minority factors ultimately help the BJP get back to power.

In this entire discourse, development is not really a major pollissue, despite some claims by the BJP and the opposition barbs against it. So far, the poll planks revolve around Modi, Yogi, Akhilesh, the temples and caste.

Joblessness, farmer issues and inflation hurt people but are yet to take centre stage, despite the opposition harping on it.

Until people actually go to the poll booths, it will remain an intense situation. The BJP is prudently not taking Akhilesh lightly, as the course to 2024 national elections will be set by UP. Nobody will have a cakewalk. The scenario remains complex and interesting.

(The writer is a veteran journalist, an observer of the socio-politico-economy and a media academician)