Bypoll outcome: At the core, it means that nobody is better off than before nor is anyone worse off

Voters are confused at one end and clear at the other. Such ambivalence is not unusual, given the listless performance of the Modi government (Covid mismanagement, rising fuel prices, record unemployment, farmer distress, increasing poverty, decrepit institutions, authoritarian intimidation, rising far-right extremism targeting minority communities, among others) and a fragmented opposition 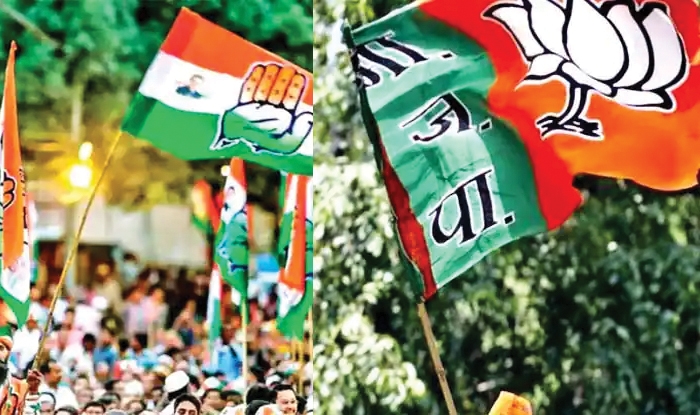 Every election is correctly considered to be a referendum on the performance of a small province or the promises delivered or betrayed at the regional or national level, as the case might be. That’s why even Prime Minister Narendra Modi has in the past tweeted and lauded his Bharatiya Janata Party (BJP) workers and winning candidates even in municipal corporation or panchayat elections. It sends out a positive message of motivation to the triumphant team. But on November 2, 2021, Mr Modi did not tweet. That by itself was a mammoth recognition of the fact that the BJP did not have much to celebrate about.

On the ballot count were three Lok Sabha and 30 state assembly constituencies interspersed across 13 states, covering every region of India, and one Union Territory. It was a smorgasbord of a bypoll, like a typical vegetarian thali with an assortment of colorful, distinctive goodies representative of India’s cuisines. In short, the electoral verdict did capture the prevalent national mood, grumpy or exuberant about their political representatives. To borrow the popular hackneyed term that best defines the outcome, the results gave a ‘mixed message’. At the core, it meant that nobody was better off than before. And no one was worse off either. That is partially true, but it’s not the whole blockbuster story. Let us examine that.

The BJP has so far been so ruthlessly efficient when it comes to the algorithm of election management, it almost works wonders on a predictable scale since 2014 (when the Modi magic potion began to be liberally distributed to voters). While there has been enough statistical evidence to suggest that the party’s successes at the state level have been both erratic and dissipated over a period of time, it still remains the single-most formidable force.

More importantly, the BJP has been successfully impregnating erstwhile barren turf. This is where Amit Shah’s long-term game-plan of gradually becoming the principal alternative to powerful regional satraps is paying off (the BJP today has outfoxed Nitish Kumar’s JDU in Bihar and is the largest party in Maharashtra, mostly consolidated over several years on former partner Shiv Sena’s robust shoulders).

What will give the BJP enormous satiation will be winning the Huzurabad assembly seat in Telangana, a traditional Congress fortress, and a quotidian binary contest between the TRS and the Congress in the past. For a party that has been treated with suspicious disdain for being a ‘Hindi-imposing party’ in deep south India, Telangana offers more than just a sliver of optimism. Will it follow Karnataka?

Czar of the northeast

The mercurial Himanta Biswa Sarma, the ambitious and canny dealmaker of Congress origins, has now established himself as the czar of the northeast. As the chief minister of the largest state in a fractious, historically-challenged region, pregnant with linguistic strife, religious tensions and tribal conflicts, among others, Sarma has masterminded inherently contradictory forces into a cohesive whole. It calls for both negotiating dexterity and consummate wheeling-dealing. As a result, the BJP looks insurmountable in Assam and the other north-eastern states.

It won in Madhya Pradesh and Karnataka too, but with close vote-share margins against the Congress. Its wishy-washy ally JDU, retained both its seats in Bihar. A clean sweep of sorts? Not really. This is where West Bengal gate-crashes the saffron party’s jollifications. As does Himachal Pradesh.

Everyone and their aunty know that Modi-Shah bet their entire political capital in winning the West Bengal elections in May 2021. Unfortunately, Mamata Banerjee, chief minister and leader of the Trinamool Congress (TMC), has a similar passionate penchant for victory. The by-election results establish the domineering personality of Mamata, and the inadequacies of vicious communal polarisation.

The BJP, far from consolidation, is seeing a dramatic catapulting of its grassroots base in ‘bhadralok’ territory. In short, it amplifies the party’s tactical, transactional approach to winning elections. When it loses, petty opportunists assembled hurriedly by the party desert the sinking ship. It is just desserts for a party that has made the sleazy underhand buyout of opposition leaders called Operation Lotus into acceptable political strategy. For the opposition hope emerges at the horizon, led by the grand old party, the Congress.

After several mortifying results, the Congress devastated the ruling BJP in Himachal Pradesh (winning one Lok Sabha and all three assembly seats) by accumulating a gigantic 49 per cent vote share. This portends well for the Congress in the forthcoming state elections of Uttarakhand, where the BJP played musical chairs for the top job with contemptuous indifference for public sentiment. It was shambolic governance and there is likely to be a huge political cost for that cocky demeanour.

By ensuring a burgeoning lead in Rajasthan, winning a seat from the home district of Karnataka Chief Minister Basavaraj Bommai in Karnataka, and boosting its tally in Maharashtra, the Congress demonstrated that it still has substantial beef (pun unintended) to rewrite India’s political narrative. But it will have to move into fourth gear from its current static neutral position. The party’s apocalyptic decimation in Andhra Pradesh and Telangana (once its most reliable mainstay) is its Achilles’ heel.

It is evident that the voters are confused at one end and clear at the other. Such ambivalence is not unusual, given the listless performance of the Modi government (Covid mismanagement, rising fuel prices, record unemployment, farmer distress, increasing poverty, decrepit institutions, authoritarian intimidation, and rising far-right extremism targeting minority communities, among others) and a fragmented opposition, led by a phlegmatic Congress. The latter needs to fix its blind spots. But things can change. They have a knack of doing so when we least expect it. The BJP has dropped the ball. Will the Congress pick it up?