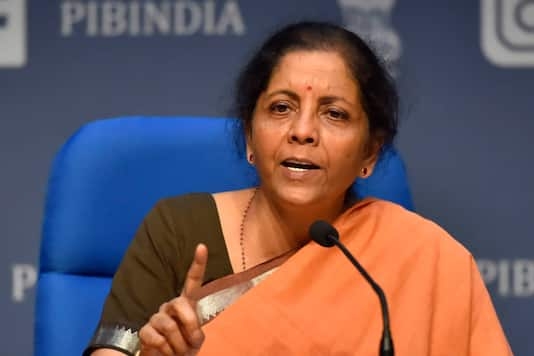 Indian stocks markets are hitting all-time high and if one were to look at fundamentally on earnings basis, it’s trading close to one of its highest valuations ever. In comparison to global and emerging market indices, India is trading at the highest premium. This indicates a very positive view of the market participants with regards to the Indian economy. We have already seen growth forecasts of more than 20% CAGR for the next couple of years for Nifty 50 companies.

Sensex is close to 50k and has gone up almost 20% in last 12 months and increase almost 100% from its March lows. A few months back at the peak of COVID crisis it was unexpected, however a V shaped rebound in the economy and global liquidity has meant that market has been on a tear. However, going forward returns would depend a lot on earnings, which we expect to be broad based and hence the performance of the broader markets may get better than the frontline index. Also, we expect the momentum in the market to continue as the earnings upgrade cycle to linger for longer.

In India, budget is one of the overhyped days of the year, where a lot of reforms are expected to be announced. Most of the times the budgets fall short of expectations as budgets by nature are more of an income and expenditure account then announcing and implementing reforms. However, budgets generally give a peek into the government’s thought process into the reforms agenda. Expectations from this year budget too are the same and it’s already being touted as growth-oriented budget.

There have been multiple announcements during this year, let’s recap some of them.

PLI scheme is the most important scheme. Given the scheme has a closing date and is focused on creating scale; the chances of it being successful are much higher. Handset and Pharma PLI guidelines are already announced, however Auto is another big sector where PLI can have a significant impact on the economy. Once clarity comes on all the sectors we can see this adding to the overall GVA of the country in next three to five years as well. It will also help the trade deficit as a bulk of the production is expected to be exported.

Support to the sectors by credit guarantee is another area where the government has been able to support the sectors without having to dole out a significant amount from its own exchequer as the impact to the fiscal would be only to the extent of credit loss and that also over few years.

Also, clearing off fertilizer subsidy is a stimulus in nature to the economy.

We are going into this budget in the abnormal situation given disruptions due to the pandemic which impacted the tax inflows. However, tax collections are normalizing which gives an opportunity to spend and Covid also provides a window for more structural reforms; one can look at following areas:

Spending towards capital and job creation:

Covid has increased the gap in economic strata of the society. The rich have been able to save without losing much income but the poor and more so urban poor have been hit badly. Q2 results of the companies is an example of this where large corporates have cut costs and increased profits which is not great news for the urban poor. But the solution could be not in giving them freebies but to provide them with the opportunity. This can happen if the government decides to a) spend more and b) make it attractive for the corporates to spend in the sectors that can help with job-creation like infrastructure, manufacturing and real estate. There has been some start with PLI scheme announced.

Divestment and stake sell in PSUs: The stock markets are at an all-time high and public issuances are being grabbed like hot cakes. The government should therefore try to push divestments and stake -sell aggressively. However, the indication from the market is that without structural reforms selling PSU stocks in even this super-hot market is not easy. QIPs of three PSU banks were just able to scrape through and that also with help of some of the other PSU’s. This is at a time when IPOs of private companies are getting oversubscribed a few hundred times. Hence, the government must note that reforms in the PSU space are very important if they want to sell a partial stake in the markets. Else the government will have to decide on letting go of its stake fully without applying many conditions.