Bihar: Success of AIMIM a matter of concern 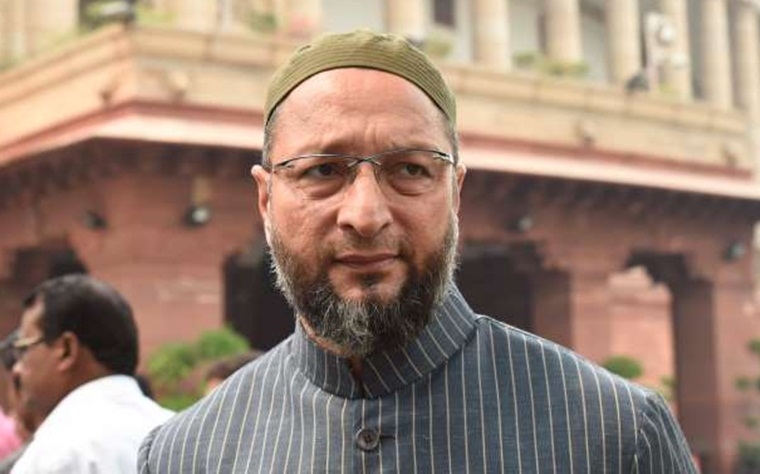 Poll analysts should be taken with more than a pinch of salt. Television pundits especially tailor their expert opinion as per the changing fortunes of parties and candidates. If in the early counting in Bihar, the Mahagathbandhan led by RJD’s Tejashwi Yadav was outperforming the NDA, it was because his promise of ten lakh jobs had caught the imagination of the young voters. Within hours, when it became clear the Mahagathbandhan had slipped while the BJP and JD(U) combine was set to retain power, same pundits reasoned the BJP’s better organisation and promise of 19 lakh jobs, as opposed to Yadav’s 10 lakh, had done the trick.

Come on, whistling in the dark as an art-form, especially practised by television pundits has increasingly lost eyeballs. That said, the Bihar outcome was indeed remarkable for some reasons. First, yet again, Rahul Gandhi failed to prove that partnering him could be gainful for the alliance partner. The RJD now regrets giving the Congress far too many seats, with the result that the party sank the Mahagathbandhan. Of the 70 seats allocated, the Congress managed to win 19 only.

What impact the Bihar failure will have on the on-going reorganisation process in the Congress party is unclear but it is highly unlikely that the move to formally re-install Rahul as party president will be abandoned. No way. The Gandhis cannot be denied ownership of the party they inherited as a family heirloom. Period. As against the Congress, the strike rate of the Communist outfits was better, 16 of the 29 contested. Of the three Communist parties , the CPI (ML) fared the best, 12 of 19. In fact, the relatively good showing by the RJD is partially due to its alliance with the left parties which have been active at the grassroots level, in particularly backward pockets and added to the RJD’s M-Y vote elsewhere as well.

The BJP too has a lesson to learn from the Bihar outcome. Unless it grooms state-level leaders in Bihar who can share the burden of Central leaders, its gains could evaporate. Modi carries the entire party on his shoulders in Bihar whereas in MP, Rajasthan, UP, Chhattisgarh, etc. the BJP has significant leadership talent. Deputy Chief Minister Sushil Modi has been around so long that he has failed to emerge from the shadows of Chief Minister Nitish Kumar. As a result, the BJP has lost an opportunity to strike out on its own in the state.

Quite aside from everything else about the Bihar outcome, a most dangerous portent which the political class will ignore at its own peril is the slow but inexorable rise of the All India Majlis-e-Ittehadul Muslimeen in Muslim-dominant parts of the country. Its leader Asaduddin Owaisi, a clever lawyer, articulate and proficient in English and reasonably wealthy, traits he shares with Jinnah, is fast turning out to be a modern-day version of the founder of Pakistan. Sowing seeds of separation, he encourages co-religionists to support a party which is fundamentally against the secular-liberal ethos of this country.

Not unlike the Muslim League of the pre-Partition days when it had swept Muslim-majority constituencies in the provincial elections, strengthening the Jinnah claim that the Congress was a `Hindu party,’ Owaisi’s five seats in the Muslim-majority Seemanchal region neighbouring Nepal ought to ring alarm bells in New Delhi. From being confined to the former Razakar-dominated Hyderabad region, the emergence of the AIMM in recent years, as evidenced by its gains in Maharashtra, Bihar and its growing vote-share in Muslim pockets in UP, is a matter of concern. The pre-Partition Congress leadership ignored the threat of Jinnah and landed the united country in a mess.

We together need to guard against the rise of Muslim League-2.0. Coupled with the already deeply entrenched communal politics of Kerala Muslims, who have their own Indian Union Muslim League, a misnomer, if ever there were one, unless it alludes to a wider threat, the growth of AIMIM ought to be checked. Without rubbing the point further, it is pertinent to note that despite being abused 24x7 for it being communal, the truth is Hindus do not feel obliged to vote for the BJP qua Hindus. And that speaks volumes for the goodness of Hindus. But is it a strength, or is it really a weakness, that a vast majority of Muslims feel obliged to vote as Muslims? This explains why Muslim voters elected five nominees of Owaisi, passing an opportunity to boost the Mahagathbandhan strength in the State Assembly. Why? The reason is obvious. Between Tejaswi Yadav and Asaduddin Owaisi, it has to be Owaisi in Kishanganj, which has over 70 per cent Muslim population.