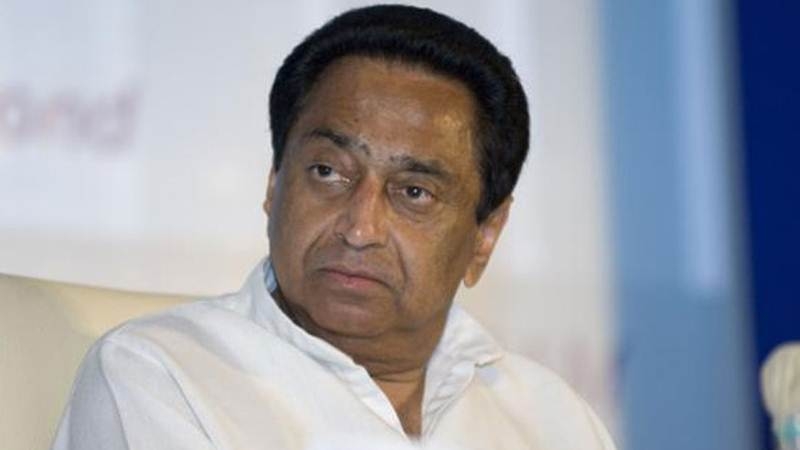 While the Kamal Nath government in Madhya Pradesh has come to power on a populist note, announcing a farm loan waiver upto Rs 2 lakh and benefiting 33,000 debt-ridden farmers at a cost to the State exchequer of whopping Rs 50,000 crore, Chief Minister Kamal Nath is on a sticky wicket personally with an escalating demand for action against him over alleged role in the anti-Sikh riots of 1984.

The conviction of another Congress leader of the time Sajjan Kumar after a lapse of 34 years has revived the demand for an enquiry into Kamal Nath’s role.The Akalis are smelling an opportunity to put Kamal Nath on the mat and the BJP is all set to step up its campaign for bringing him under the purview of the commission that is probing the involvement of politicians in the 1984 carnage against Sikhs.

A book jointly authored by the legal correspondent of a major newspaper Manoj Mitta and a prominent lawyer H S Phoolka had revived the controversy over Kamal Nath’s involvement claiming that he was with a mob outside Gurudwara Rakab Ganj in New Delhi when, during the anti-Sikh riots in the wake of Indira Gandhi’s assassination, two men were set afire.The fact that farm loans waiver was the first act of the newly-elected Kamal Nath government within two hours of assumption of office, there is a distinct feel good factor in the rural areas.

Whether the government’s profligacy will hit the state’s economy hard is for the future but as of now it all appears hunky dory. For Kamal Nath, a nine time Member of Parliament, there are two fronts to potentially fight on -— the state economy will require some fire-fighting as the state totters through overspending and Kamal Nath will look to ward off fine-comb scrutiny by a commission appointed in 2015 by the Narendra Modi government on the 1984 anti-Sikh riots.

Even as it grapples with the loan waivers, Kamal Nath’s Madhya Pradesh faces a debt of at least Rs 1.6 lakh crore, according to official records. But the actual figures could be well over Rs 1.87 lakh crore. The BJP’s pitch before the state elections was that farmer loan waiver was a hollow promise and just as the Congress-Janata Dal (S) was unable to do it in Karnataka, it would not honour the promise in the three states of Madhya Pradesh, Rajasthan and Chhattisgarh where it has been catapulted to power despite big promises. The alacrity with which the Congress acted on this waiver in MP and also in Chhattisgarh to redeem Rahul Gandhi’s promises has the BJP look for other ways to deal with the fallout. Doubtlessly, loan waivers were an important issue in the recent state elections.

The BJP, which ruled Madhya Pradesh for 15 years lost out to the Congress promise to waive farm loans. Congress president Rahul Gandhi held this out as a prime sop when he addressed his first poll rally in Mandsaur, the epicentre of farmer misery and dissatisfaction. It was not as though the BJP had not considered farm loan waiver. But it came to the conclusion that it was more important that the farmers could repay their debts on their own.

So the Shivraj Singh government introduced series of welfare measures bringing down agricultural loan interest rate to 0% and offered 10% loan subsidy. This apparently did not go down well with the masses who preferred the route of farm loan waivers which was the easier way out.What is being perpetuated by loan waivers is the tendency to not repay loans in the belief that after all the loans would be waived which is a pernicious precedent to set. But there is no denying that not just Congress governments but BJP ones too have relied on this sop to grab potential voters.

With governments in various states succumbing to the temptation of waiving loans to win favour with voters, economic prudence can hardly be ensured and the economic health of the country would doubtlessly be a casualty. In the context of MP, how the state would find resources to invest in development projects will remain a question mark. Raising fresh resources is need of the hour but it would not be easy to get acceptability for a path that is inflationary.

Kamal Nath’s government would not have the luxury of a comfortable working majority and would need to be on its toes to satisfy the rising expectations of people at large. It is premature to surmise, however, that there would be a turnaround in the fortunes of the BJP before the Lok Sabha polls though that could well happen.

The factor of Kamal Nath’s alleged incitement of anti-Sikh violence in New Delhi in 1984 may not affect the Congress veteran’s stock in Madhya Pradesh but it could surely damage the party’s credibility overall and its fortunes in Punjab and New Delhi. Besides, the Lok Sabha polls would be essentially a Modi versus Rahul battle in which Modi would have a relatively smooth sailing. Kamal Nath would also have to carry the cross of how he secretly wooed the Muslims in a video tape on the eve of the elections in which he called upon them to save the Congress by voting en bloc for the party.

—kamlendra Kanwar  is a political commentator and columnist. He has authored four books.