At long last, Air India gets a CEO in Campbell Wilson of Scoot

The arrival of Campbell also signals a smoother working relationship with Vistara, given the Singapore Airlines connection with Wilson

Air India, which was privatised in January 2022, returned to the founding group of Tatas then, has been operating without a head of the organisation for the better part of the past three months. The group had appointed Ilker Ayci of Turkish Airlines in February, but he backed off from joining after details of his closeness to the ruling dispensation of Turkey came to light.

The airline, in the meanwhile, has been operating in a status quo mode, having handed over the reins to a management committee, which now consists of some Tata group captains, apart from the specialists at Air India.

Nipun Aggarwal was appointed Chief Commercial Officer, and Suresh Dutt Tripathi the Chief Human Resources Officer in April 2022. Aggarwal, a Senior Vice President at Tata Sons, replaced Meenakshi Malik, and Tripathi replaced AI’s Amrita Sharan. N Chandrasekaran himself took on the Chairman’s post at Air India, an indication that the Tata Group were going to, hopefully, put their full might behind the turnaround of Air India.

However, without a CEO, everything else was just a media byte. The airline cannot take significant steps into the future without the backing and insights of a CEO who knows how to build an airline. That gap was filled last week, with the announcement of Campbell Wilson as the new CEO of Air India.

Campbell, born and educated in New Zealand, comes to Air India from the Singapore Airlines group, where he has spent 26 years in various leadership positions, including the founding CEO of Scoot, the no-frills airline founded by Singapore Airlines.

From everyone in the industry, the feedback around this appointment is largely positive. He is a no-nonsense guy, who is also approachable and affable, and knows how to get things done. And he is also someone with a long-term vision and an ability to execute it, as he has done with Scoot.

Air India and Vistara, of course, compete for the same traffic domestically as well, as internationally, and had Singapore Airlines joined the bid, the future of Vistara might have been more certain, as a merged entity with Air India. Given that did not happen, Campbell could play a role in bringing both sides to the table and getting the deal done.

However, this should not be the immediate priority for him. Air India needs its leader to first swiftly come up with a new vision and strategy for the airline, which Campbell, whenever he comes over, will be able to do for the airline. The entire might of the airline needs to look in the same direction to be able to serve the customer better and win back the hearts of people.

As a part of the strategy, Campbell Wilson will also need to assess what aircraft and products the airlines needs to get back to the top. Airbus brought over their A350 aircraft recently, however, even with a delayed timeline, the 777X from Boeing could be a competitor.

For that matter, Air India also has India’s largest widebody fleet (777s and 787s), which have been under poor maintenance but have 15-20 years more in terms of life left in them. All they need to do is to invest in redoing the plane, which is a few million dollars, compared to hundreds of millions for a new aircraft altogether.

Ultimately, a lot is riding on Campbell Wilson’s shoulders. While he is the breath of fresh air that Air India needs, he also has negligible room for error in this stint. After all, Air India’s resurgence totally depends on the strategy that he steers for the airline in the coming years, and they have to compete with IndiGo entering the long-haul space, as well as a new Jet Airways which will be flying later this year as well. 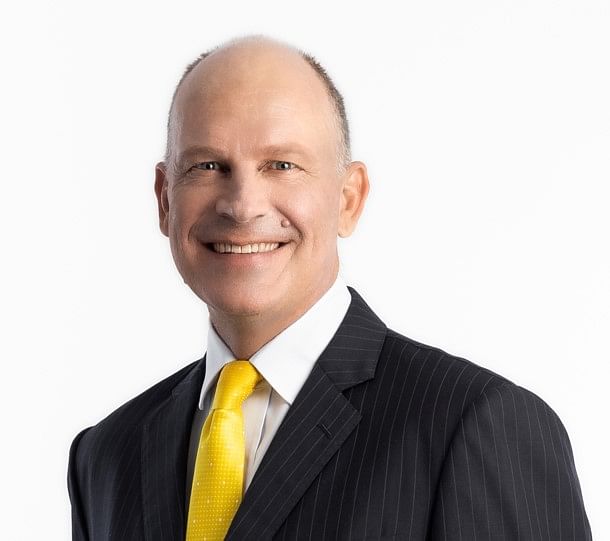 HomeAnalysisAt long last, Air India gets a CEO in Campbell Wilson of Scoot