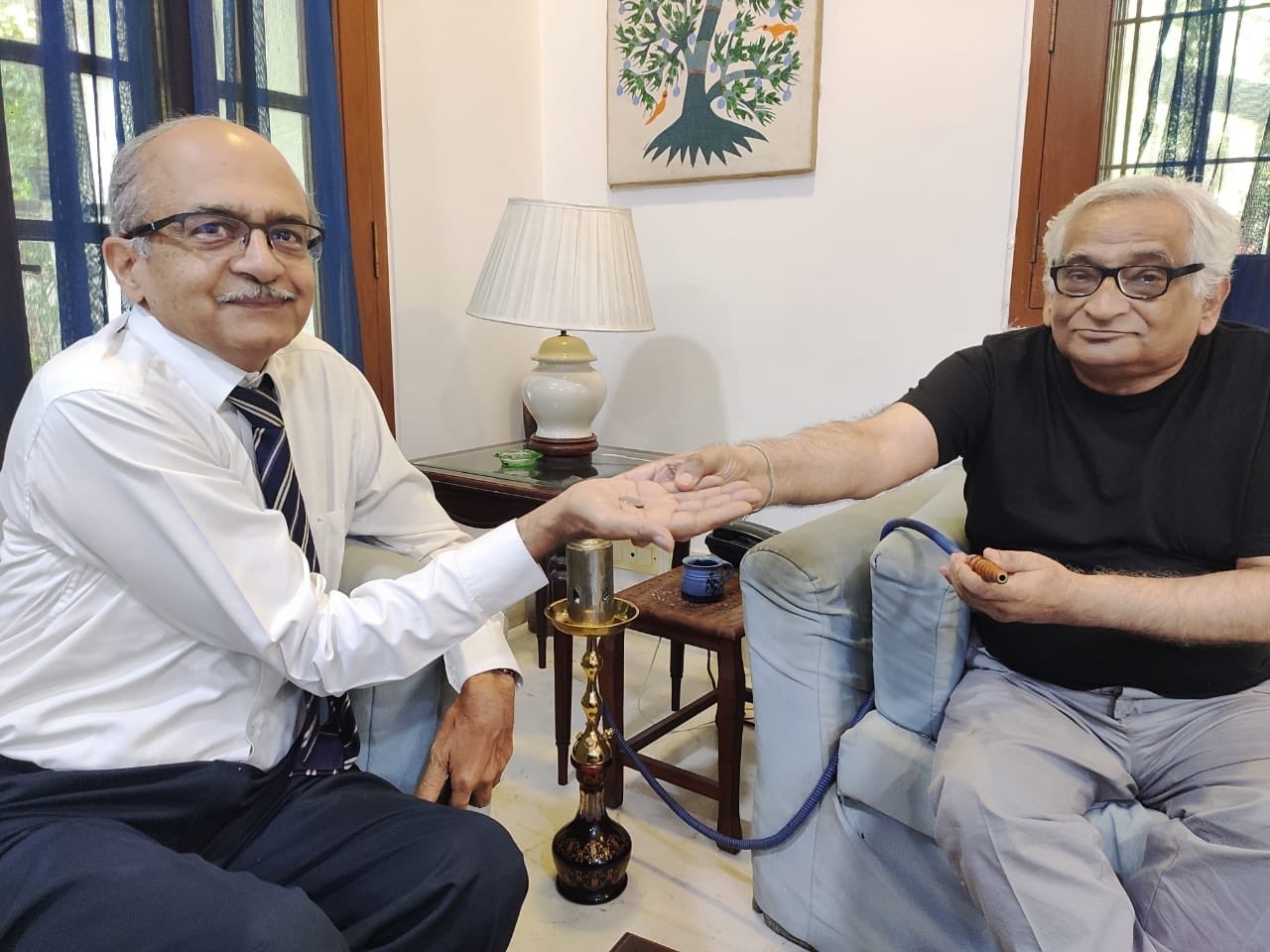 If it was the principle and not the quantum of punishment that was at stake, the Supreme Court decision to let off Prashant Bhushan, the activist lawyer convicted earlier for contempt of court, on payment of Re. one as fine cannot be questioned. Failure to pay the token sum would have resulted in three months in jail and disbarment from practice for three years.

Swallowing his pride, Bhushan decided to pay that princely sum. Discretion is the better part of valour, they say. But by paying that monetary fine, he certainly came down quite a few notches from the high horse he was riding in his usual grandstanding manner. He had refused to apologise for his objectionable tweet mocking the Chief Justice of India, despite being given repeated opportunities. He said it was against his conscience. Very well, then. Wonder why the same conscience went AWOL while meekly deciding to pay that fine, many might be excused for wondering.

Defiance and deprecation of the court is increasingly becoming a habit with some high-profile lawyers. Whether that contempt stems from the belief that they are far more competent and erudite than the judges, or they have far more lucrative practices than the judges had before elevation to the bench, the truth is that undermining the public standing of judges is now routine with some lawyers. Otherwise, no sensible person can justify the tweet by the convicted lawyer which criticised CJI S A Bobde for being photographed on a motorcycle and from it, to reel off a litany of charges against him. Or to suggest that the last four CJIs had failed to defend democracy. Or, much earlier, that half of the 16 former CJIs were corrupt.

The editor of the publication, through his lawyer Kapil Sibal, offered unconditional apology for the interview in which Bhushan had called the former CJIs corrupt, further making Bhushan’s defence untenable. Such sophistry coming from a senior lawyer is all the more troubling, given that he, more than anyone else, would fully realise the disparagement of the higher judiciary contained in those questionable comments.

It is pure hair-splitting that while criticising the incumbent CJI or his predecessors, he was targeting them in their individual capacities and not the institution of which they were an integral part. Only he can visualise a judiciary separate from the judges; ordinary people cannot delink presiding judges from the institution of judiciary they preside over. It maybe that in his constant quest to burnish his self-image as a numero uno activist-lawyer, he feels obliged to say something astounding, something shocking in order to attract public notice.

Even on Monday, when he agreed to 'respectfully' pay the token fine, he kept the door open for getting further mileage from the case, reserving his right to seek review of the judgment --- and seek refund of his one rupee. Yeah, engage the court in such ego battles and then accuse it of not hearing matters of greater public interest.

Hopefully, this sordid chapter in the history of the court will now stand closed. And both the convicted lawyer and the judiciary will draw the correct lessons. Coercion and intimidation of courts through media campaigns or otherwise ought to be avoided at all times. No lawyer can claim monopoly over public interest. Courts do not work, cannot work, in a vacuum --- and have not worked either in the long past or at present.

They cannot be completely blind to the broader concerns about national security and sovereignty. It is grossly unfair for maverick individuals always looking for opportunities to score brownie points to target judges at regular intervals. Judges cannot defend themselves and rarely invoke the power of contempt, when matters reach a point where letting go would only cause further degradation of the dignity and honour of the courts.